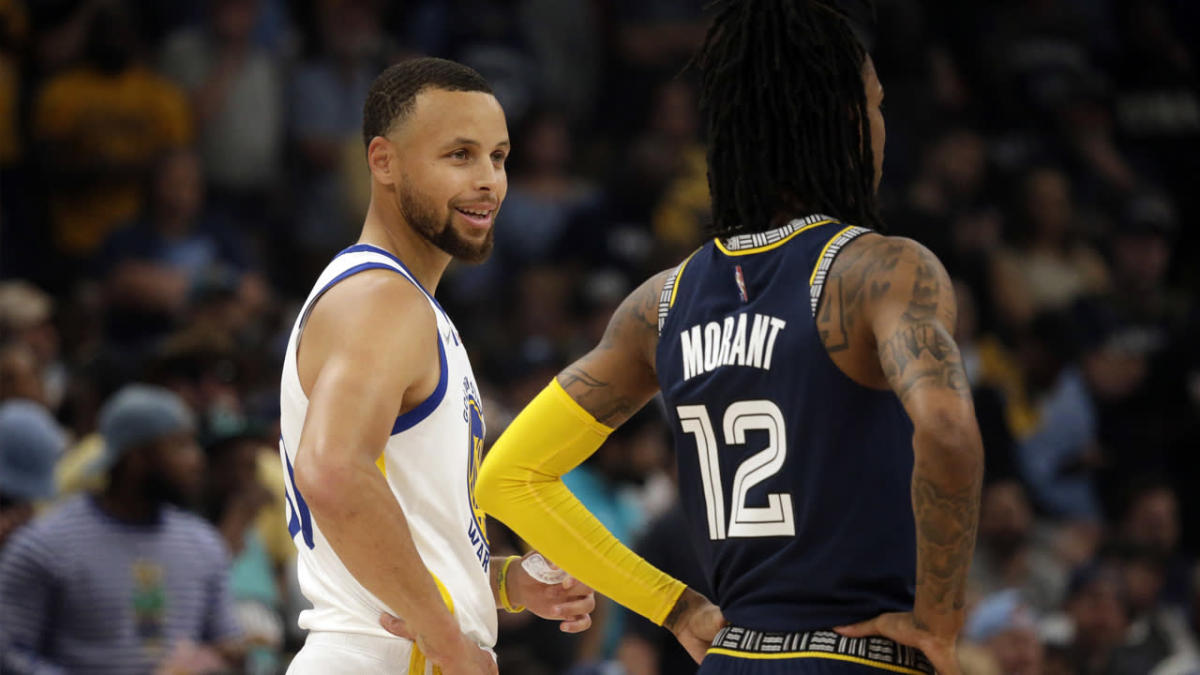 Players from both sides have made it clear that there’s no beef or rivalry between the Warriors and Memphis Grizzlies.

Still, that intense Western Conference semifinals matchup between the two teams, and all the drama that came with it, is still being talked about into the offseason.

In an interview with Bleacher Report’s Taylor Rooks, Grizzlies star Ja Morant revealed a conversation he had with the Warriors’ Big Three after Memphis was eliminated from the playoffs.

And it might come as a shock to some.

“Those guys can tell you. Even after we lost in the series, I told them ‘I feel like it’s time for y’all to get another ring’ you know, through Steph, Klay and Draymond as well,” Morant told Rooks. “And then they said the same like, ‘Y’all be back. We’ll see y’all again, it’ll be a lot of fun for years to come.’ But we’re all competitors at the end of the day, we’re all battling in this league to be the best we can be and to win championships, and that’s what comes with it.”

But before the well wishes and friendly competition, it was six games of fight, emotion and controversy.

From ejections to suspensions and on-court clashes to Twitter beef, the series brought a little bit of everything.

Even two series later, after the Warriors won their fourth championship in eight seasons, the Grizzlies somehow managed to get brought up in a postgame press conference. An emotional Klay Thompson called out Grizzlies big man Jaren Jackson Jr. for a tweet he sent out earlier in the season.

And that sparked the Twitter fire into even bigger flames.

“I just felt like if I won a championship, I wouldn’t think about no other team or what somebody said months ago. I’m going to be celebrating a championship,” Morant said. “I’m going to be happy with my teammates. But as you see after they won the championship, everything was Grizzlies. Playing ‘Whoop That Trick’ in their parade, showing it in the club, talking about Jaren, this and that. I mean, I feel like when you win, you can say anything, but I lost and I’m going to still be jiving at the end of the day.”

Of course, the outside world lives off of starting problems where there aren’t any. While it’s not to say that upcoming matchups between the Warriors and Grizzlies won’t be anything less than entertaining, there’s certainly a mutual respect from both locker rooms.

“Honestly, I felt like coming out of that series, whoever it was was a favorite to win the championship,” Morant said. “And Golden State, they’ve been a dominant team for years. Now having their three core guys back and battling with us, you definitely can see that experience definitely comes into play. I actually was a fan of the Celtics as well. So, that series, I didn’t pick nobody to win. I was just like, ‘Man, I want Game 7, whoever wins wins.’”