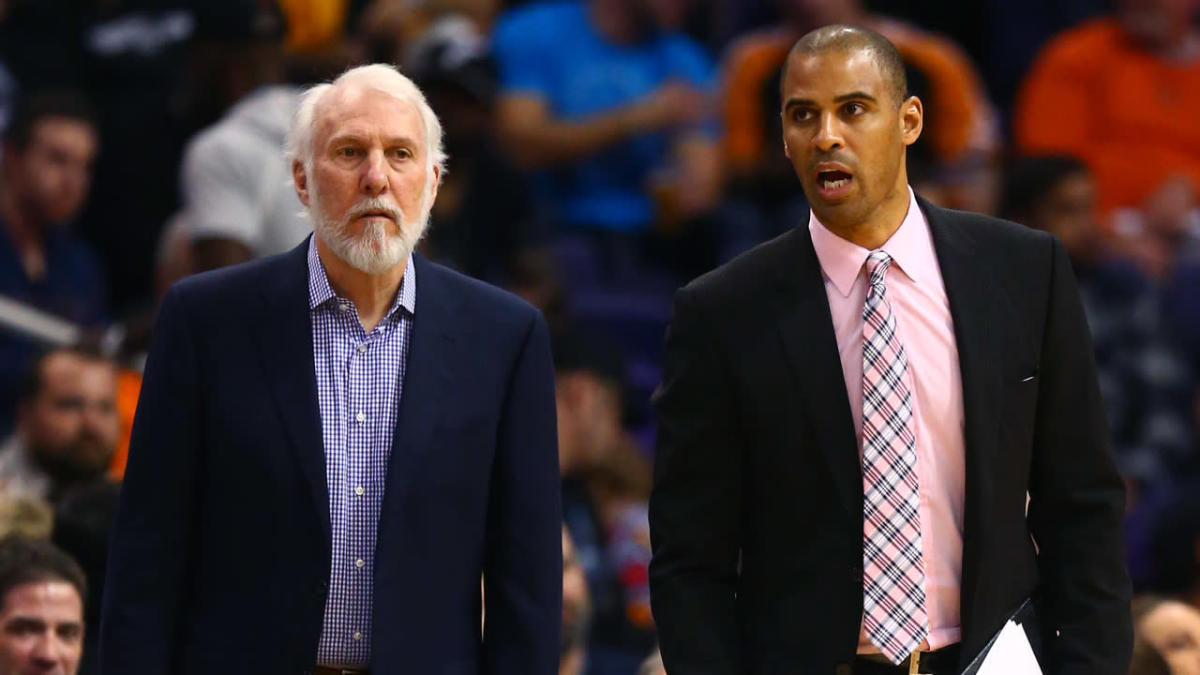 Steve Kerr and Ime Udoka are good friends, but they likely haven’t been making dinner plans over the last couple of weeks during the NBA Finals.

Still, the respective head coaches of the Warriors and Boston Celtics both have a mentor who is rooting for them both equally: San Antonio Spurs coach Gregg Popovich.

Both Kerr and Udoka played under Popovich in San Antonio. They didn’t overlap but the two also were part of Team USA’s coaching staff under Popovich (along with top Celtics assistant Will Hardy) during the 2020 Summer Olympics in Tokyo.

Forsberg: Could this recurring issue be Celtics’ NBA Finals downfall?

Kerr said on 95.7 The Game on Tuesday that Kerr and Udoka are “really good friends and have been through a lot together” with Popovich.

So, the million-dollar question is: Who is Popovich rooting for in this series between two members of his coaching tree? He revealed the answer in a text to both Kerr and Udoka.

“Pop texted all of us before the series started and said, ‘I am now neutral. I’ll be rooting for everybody,’” Kerr said. “I know he’ll be thrilled for whoever wins and despondent for whoever loses. That’s genuine Pop for sure.”

If the Celtics win, it would obviously be Udoka’s first championship as he is in his first season at the helm of Boston. If the Warriors win, Kerr would earn his fourth ring as a coach, putting him just one behind Popovich.

Either accomplishment would likely make Popovich extremely proud. And true to his style, Pop is not tipping his hand if he is leaning one way or another.