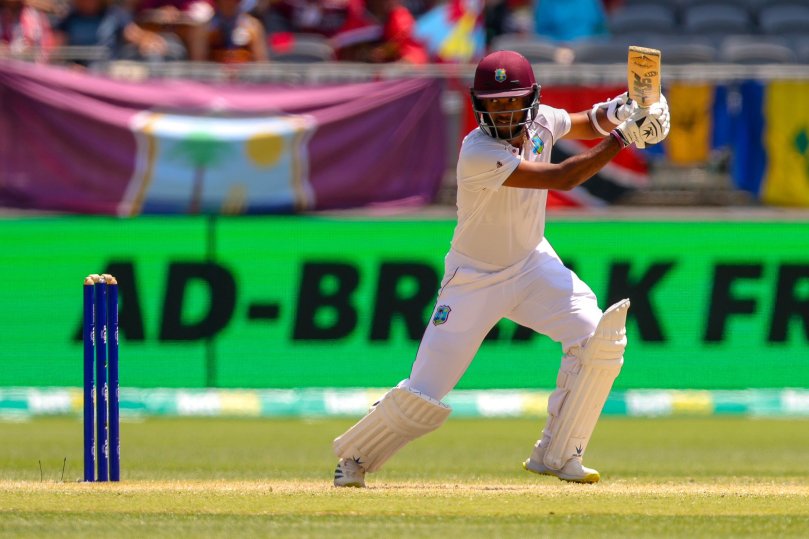 WI Tour of Zimbabwe: WI vs ZIM Test series – The West Indies Men’s team will start their 2023 international year in January with two Test matches against Zimbabwe. The visitors will play both matches at the Queens Sports Club in Bulawayo. Zimbabwe Cricket (ZC) confirmed the schedule on Wednesday, with the first Test slated for February 4-8, and the second Test match for February 12-16.  Follow WestIndies vs Zimbabwe Test series Updates on InsideSport.IN.

Ahead of the two-Test rubber West Indies will have a four-day warm-up match against a local side set for January 28-31 at Bulawayo Athletic Club. All matches start at 10 am local time (4 am Eastern Caribbean/3 am Jamaica).

West Indies to face Zimbabwe in two Tests in Bulawayo#MenInMaroon

Jimmy Adams, CWI’s Director of Cricket said in a statement: “The tour to Zimbabwe early in 2023 will be an important part of our 2023 Test programme, which also includes series against South Africa and India. Having produced some good results early in 2022, the team will be eager to begin the year with strong performances in Zimbabwe.”

Zimbabwe’s last Test match was way back in July 2021 against Bangladesh in Harare and, according to ZC Director of Cricket Hamilton Masakadza, they will be eager to make the most of the upcoming series.

“We are pleased to confirm the West Indies will be visiting us for two Test matches that will be played in Bulawayo,” Masakadza said.

“Although it has been a while since we last played Test cricket, our boys will be hungry and ready for some red-ball action and I believe an exciting series against one of the game’s top sides is on the cards,” he added.

The last Test Series between Zimbabwe and the West Indies was also played at Queens Sports Club in October 2017. West Indies clinched the two-match series having won the first game by 117 runs while the second match ended in a draw.

See also  Welsh Fire’s Jacob Bethell: ‘My dream is to play for England in all formats’ | The Hundred