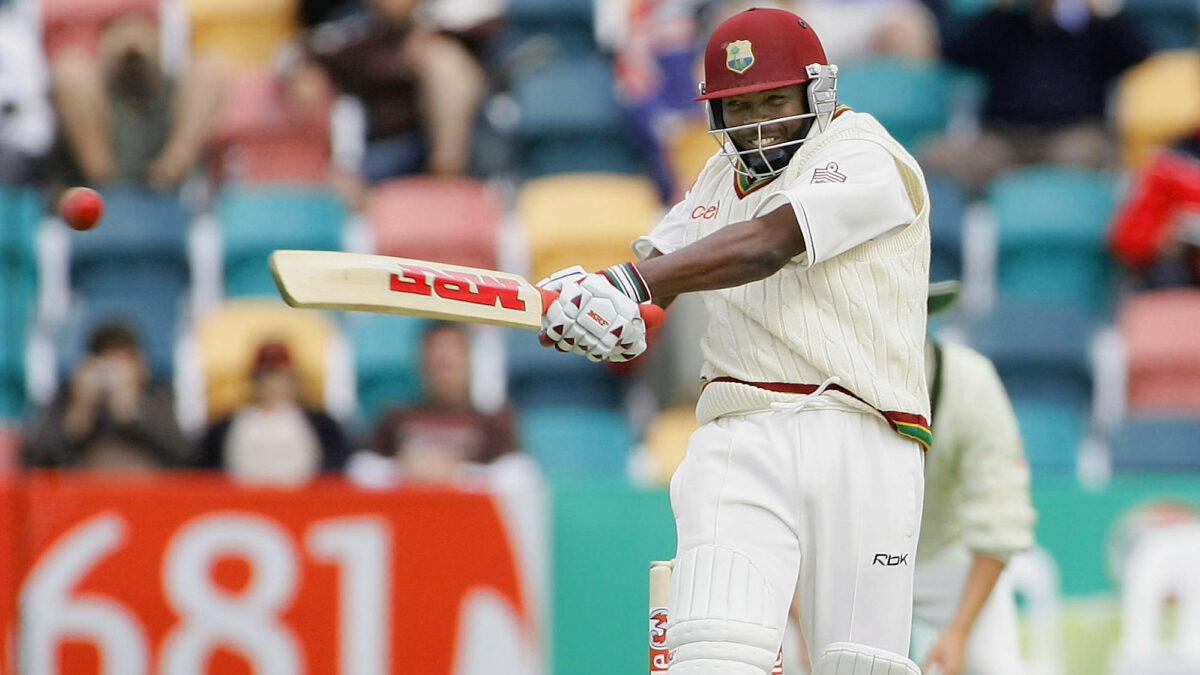 Over the course of the last few weeks on our podcast we have been exploring the best Test 11s for each nation.
We started our journey with the conglomerate of island nations known as the West Indies.

The West Indies first achieved Test status in 1928. Their first match was taking on England at the home of cricket, Lord’s.

While in that game England were the resounding winners, defeating the Windies by an innings and 58 runs, the West Indies would soon become the envy of the world, and by the 1970s they were the undisputed dominant power in world cricket.

That dominance would continue all through the 1980s, in fact after a series defeat in March of 1980 it wouldn’t be until 1995 against Australia that the West Indies would taste the sting of a series defeat again.

Known for their impressive battery of fast bowlers and a ‘Caribbean flair’ of aggressive batting, this team would not only challenge the uptight, gentlemanly world of cricket but bring it to its knees.

Powered by some players that have etched themselves into the very folklore of the game, this collection of tiny island nations would rule the cricketing world for the better part of two decades. Not only in Test cricket but with the advent of one-day cricket they would add the first two Cricket World Cups to their impressive list of achievements.

From the Three Ws, Frank Worrall, Clyde Walcott and Everton Weekes, to the Prince of Port of Spain, Brian Lara.

From the Master Blaster, Viv Richards to the Universe Boss, Chris Gayle and all the other icons who have graced the West Indies Cricket Team since 1928.

Whittling down these titans of cricket to a playing 11 was never going to be an easy task.

So, after plenty of debate on our podcast, here is our best test XI of players from the West Indies.

Made sense to do these two as a pair. Similar to Justin Langer and Matthew Hayden, these two pick themselves on the strength of their partnership together as well as very impressive individual records. Widely considered to be the best opening partnership in cricket.

Desmond Haynes has been described as a wicked combination of timing and barely evident power. Haynes was more measured than his partner Gordon Greenidge, who is one of the most destructive openers of all time and would lay the groundwork for players like David Warner, Matthew Hayden and Virender Sehwag.

Greenidge and Haynes would first partner up in 1978 and their partnership would yield 6482 runs together.

Dubbed the Master Blaster, Viv Richards was the destroyer of worlds for opposition bowling attacks. Considered the best one-day batsman of all time, his signature flair and aggression would carry over to the Test arena. Between his best years 1976 and 1983 he would average 66.51.

Taking part in Kerry Packer’s World Series Cricket, he added another 1281 runs at an average over 55 to his already impressive official numbers, in what was considered the toughest cricket competition ever played.

Along with all the numbers he was also knighted for his services to cricket, named one of Wisden’s Five Cricketers of the Century in 2000 and to top it all off he made Richie Benaud’s greatest all-time world XI.

Among the nearly 12,000 Test match runs the Prince of the Port of Spain amassed lies two separate knocks which were the highest individual score by a batsman in Test cricket, 375 and finally a 400 not out which remains the record. He also holds the record for highest first class score with a 501 not out.

This appetite for runs was fuelled by the trademark Caribbean flair so many of his countrymen shared and a seemingly unmatched mental fortitude. His technique made scoring runs against pacers and spinners seem almost effortless.

His match-winning 153 not out against Australia Wisden has rated as the second-best Test innings after Don Bradman’s 270 in 1937. He played the second half of his career when the West Indies were on a downward trend and it can be much harder to bat well in a struggling team. 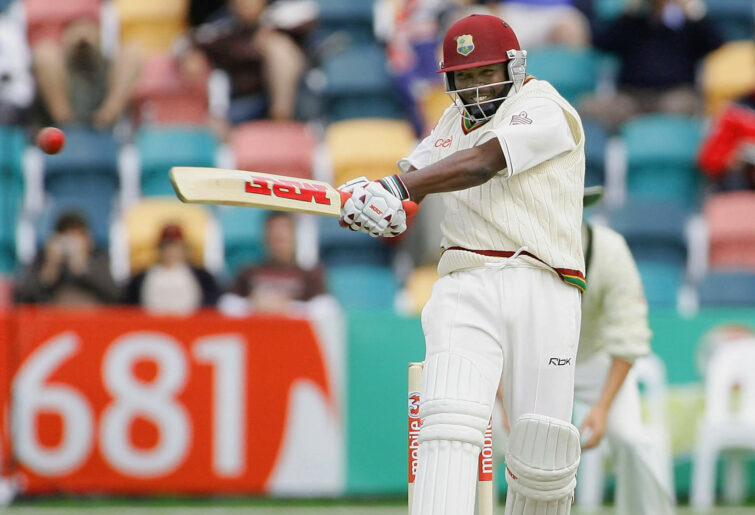 While Sir Donald Bradman sits atop the all-time rankings as cricket’s greatest batsman, there is an argument that Sobers could be considered its greatest player, given his ability with the bat, ball and as a fielder.

His immense batting average is complemented by 235 Test wickets, the ability to bowl two different types of spin and seam bowling along with being an excellent fielder. His high score of 365 would stand as the highest individual score for nearly 40 years when it was beaten by Brian Lara.

He was another player named to Wisden’s Five Cricketers of the Century and the trophy for the ICC cricketer of the year is the Sir Garfield Sobers Trophy.

Clive Lloyd was the captain of the vaunted West Indies side of the 1970s and ’80s. In that time, he had a run of 27 consecutive games without defeat. He would finish as one of the most successful captains in history.

While being a very accomplished batsman in his own right, scoring 19 Test hundreds, it’s his leadership that tipped the odds in his favour for our list ahead of some batsmen with superior batting records. Under his leadership the West Indies conquered the world.

The wicketkeeper during the great run during the 1980s, Dujon was a steady, athletic presence behind the stumps. A more than competent Test batsman with very impressive first class stats. Dujon played his entire career without losing a Test series.

The comparatively diminutive figure of Marshall stood above even his immense compatriots. The West Indian bowling stocks are filled with legends, and according to many, Marshall was the best of the lot.

One of the most complete fast bowlers to ever play, he generated fearsome pace and as with most West Indian bowlers used the bouncer with devastating effect. His average of 20.94 is the lowest of anyone with more than 200 wickets and he was statistically the best bowler of the ’80s, taking 235 wickets at 18.47.

Dubbed ‘Whispering Death’ for his smooth, effortless run-up and action that yielded extreme pace. He used his 192cm frame to extract wicked bounce to complement being one of the fastest bowlers that has lived. His 14/149 are still the best figures in a match by a West Indian bowler.

He formed one of the best opening bowling partnerships with Andy Roberts – between the two of them, in 33 Tests, they took 216 wickets at 25.

Standing at an intimidating two metres tall, Ambrose cut quite the figure as he scythed through opposition batting line-ups. What helped split Ambrose from the rest of the Windies bowling stable was his tendency to bowl match-winning spells. His 7 for 1 against Australia in 1993 and 6 for 24 to skittle England for 46 were instrumental in West Indian victory. He topped the ICC Test bowling rankings for much of his career.

At 2.16m tall he was the second tallest player to ever play Test cricket and he used his height to devastating effect. His captain at Somerset thought his bounce was often too much to play forward to, let alone drive.

His combination of bounce, pace and an almost un-hittable yorker made him a crucial member of the fabled Four Horseman of the Apocalypse, the quartet of West Indian bowlers who terrorised batsman throughout the 1970s. He holds the 20th-best bowling average of all time and of the 19 men in front of him only Malcolm Marshall has taken more wickets.

The finest spinner to come from the West Indies. When he retired, he was Test cricket’s leading wicket-taker and only the second man after Fred Trueman to take more than 300 wickets. His career economy was under 2.

He was brave, indefatigable and with almost unlimited stamina, bowling long spells with uncanny accuracy and bounce for a spin bowler.

Trimming the list to 11 was quite difficult. Some very talented cricketers missed out. Walcott missed out to Dujon largely due to him only keeping for 15 of his career Tests so we went with the more accomplished keeper. Clive Lloyd’s clout as captain tipping the balance ahead of some very special batsman in Weekes and Headley.

We also wanted to make sure that Chanderpaul got given his due credit. He has incredible numbers and a game that travelled everywhere. His numbers actually got better after the retirement of Lara, and if Lara gets credit for performing when his team wasn’t very good, then Chanderpaul also deserves the same treatment.

Andy Roberts would go close to being one of the most conniving, devilishly clever fast bowlers. His tactic of bowling a very hittable bouncer and then following it up with a sharper one to catch the batsman out is as brilliant as it is evil and we love it.

The West Indies are an immensely popular cricket side. Their brand of cricket endeared them to fans across the world. While their successes have waned in Test cricket they continue to be competitive in the shorter formats and some of their players are still the hottest commodities in the franchise T20 tournaments around the world.

It is astonishing just how much talent has been cultivated out of these island nations.

There is no doubt in our minds this collection of cricketers would stand up to the very best the world has to offer.