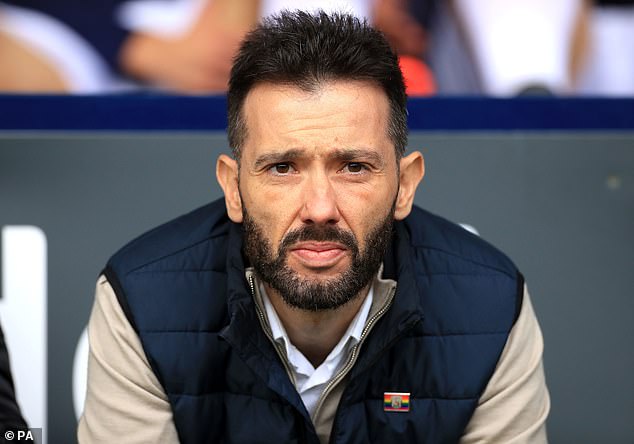 West Brom 0-2 Sheffield United: The Blades end their six-match winless streak as Carlos Corberan loses his first game in charge of the Baggies as the Spaniard fails to make a good impression on the home fans

By Lewis Steele For The Daily Mail

Sheffield United put their six-match winless streak behind them in style to serve notice of the mammoth task on the hands of new West Brom boss Carlos Corberan.

Corberan had ripped up the training routines of former boss Steve Bruce and talked about wanting to reconnect the fans with the team, adding how West Brom’s players are better than the table suggests.

But based on the evidence of the Spaniard’s first 90 minutes, it won’t be a quick fix for Corberan, a disciple of Marcelo Bielsa – and the fact they are 23rd in the table looks fair.

Their football was turgid: slow, sideways and too safe. And their defending was disorganised, half-hearted and not good enough for this level.

‘The game shows the momentum we have, and the things we need to fix,’ said the former Huddersfield boss. ‘What I watched today was the same that I watched when I was analysing the club when deciding whether to come here.

‘I know it’s frustrating because our fans have probably seen this exact game before. I will try my best to reverse this feeling. I believe in the players we have, I believe in the work we have to do to change this situation.’

Corberan is known to produce well-drilled and balanced teams. But any thoughts that it would be easy to turn around the mess left by Bruce were erased after just 11 minutes. 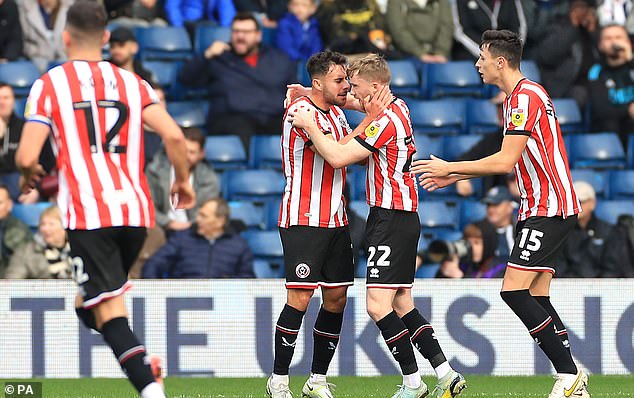 George Baldock exploited vast space in behind the West Brom defence and squared for Oli McBurnie, who swung a leg and missed the ball. Luckily Iliman Ndiaye was also unmarked behind him to slot home.

McBurnie got the goal his hard work deserved shortly, though. Blades won possession in their own half and found themselves in on goal within seconds, after Ndiaye danced past two half-hearted lunges.

The Frenchman drove at West Brom’s retreating defenders and fed McBurnie, who passed the ball into the far corner from the edge of the box. 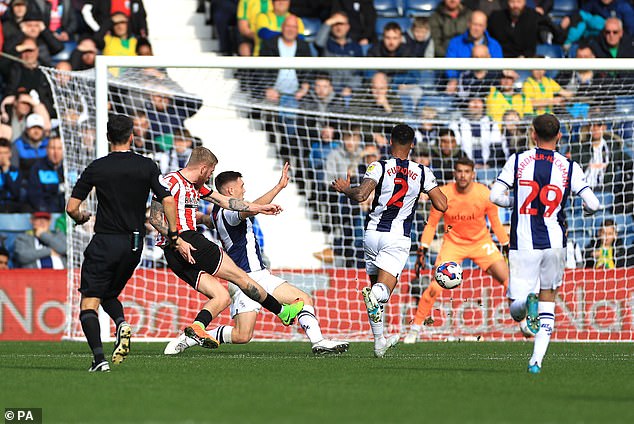 Corberan was clearly agitated and frustrated at what he was seeing, as were the home fans who audibly voiced their anger. Their side grew into the game in the second half and Blades keeper Adam Davies made a few smart stops, notably from Karlan Grant’s close-range shot.

‘West Brom put a bit too much out on their social media channel for us – so we were pretty sure what their system would look like,’ said Blades boss Paul Heckingbottom, adding he altered his tactics to counter this. ‘We had to work for the win, there’s a lot to be pleased with.’

John Swift made an impact off the bench for West Brom and gave reason for optimism going forward. And they will need it, with 22 teams above them and a reality that no club is too big to be relegated from this relentless division. 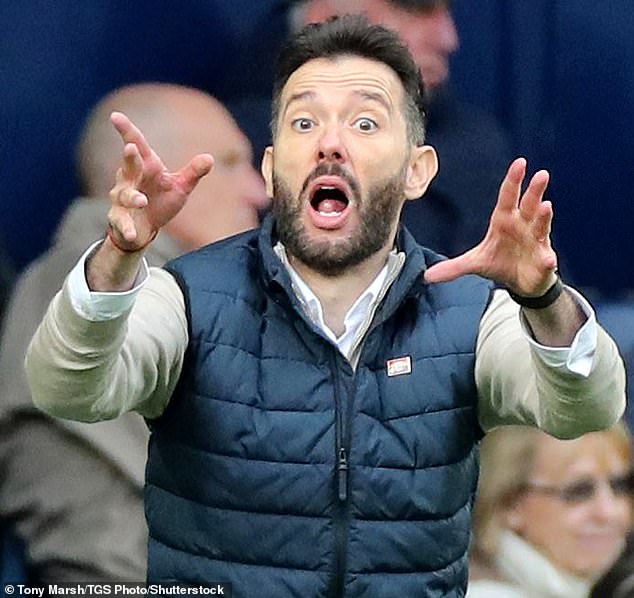