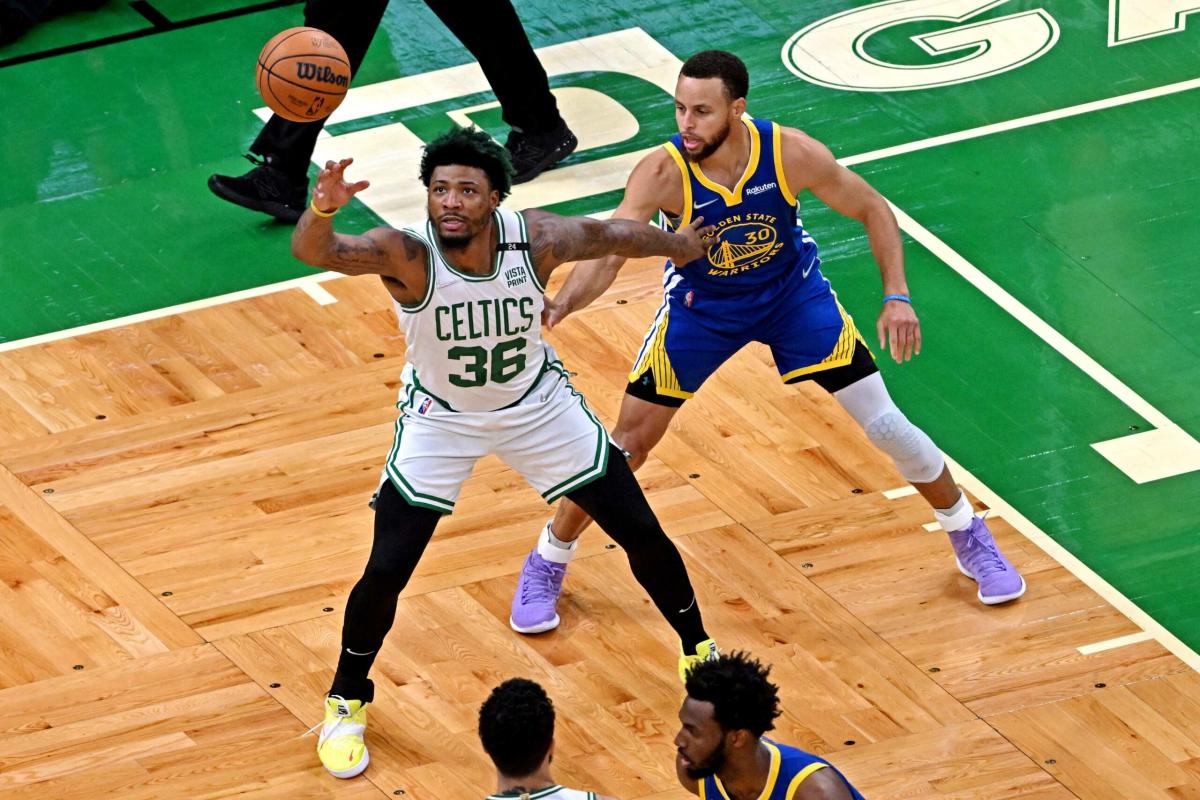 It isn’t just Boston Celtics reserve forward Grant Williams who believes that his team lost the 2022 NBA Finals to the Golden State Warriors in six games due to an imbalance in Finals experience tilted considerably in the favor of the Warriors.

In a recent interview with Yahoo Sports’ Ben Rohrbach, veteran Celtics point guard Marcus Smart spoke with the Yahoo Sports reporter about how the team ended up falling short in their first trip to the NBA’s biggest stage in this iteration of the core. Specifically, the importance of valuing each and every possession at the level of play was something that ultimately contributed to Boston’s Finals loss.

“I would have to say that assessment, to a certain extent, is true and holds value,” said Smart.

“We were trying so hard to prove to others and ourselves that we belonged there, we just let it slip away from us mentally,” said the Flower Mound native.

“Having tasted that experience, now coming back to the situation, things are slowing down for us, because it’s like, we’ve gone through that before,” suggested Smart.

“I know how we handled it, and this is what the outcome was, so maybe I shouldn’t handle it that way. In terms of their experience, that aspect is definitely true, because every situation we threw at them, they’ve been in, so they knew how to react to it, whereas it might’ve taken us a game, a half, a few quarters to try to figure it out, and by that time they’re running off with it.”

“Coming into this season, it’s definitely going to help us tremendously, because now we know what to expect, how to expect it, and we know how to look at it,” offered the Oklahoma State product.

See also  These are the top players in the league, according to NBA 2K23

“Although we lost — and we don’t want to look at it that way — they definitely taught us something, and we’ll take it and run with it,” Smart finished.

It will take a lot more than luck to get another crack at the egg that is the NBA Finals for Boston, but with such lessons already learned and reinforcements added to the core of players that got them there…

The Celtics may well run with it all the way to Banner 18.