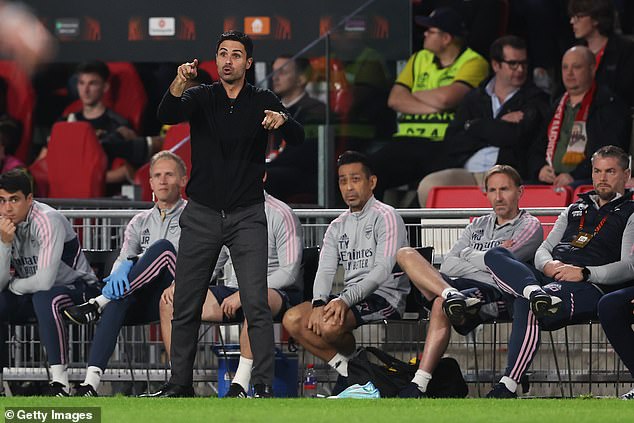 ‘We were extremely poor’: Mikel Arteta calls for Arsenal ‘reset’ after ‘worrying’ defeat by PSV in the Europa League… with Gunners boss vowing to get the players back to their best

By Daniel Matthews For Mailonline

Mikel Arteta admitted Arsenal need a ‘reset’ after a ‘worrying’ defeat by PSV Eindhoven in the Europa League.

Arsenal missed the chance to secure top spot in Group A, losing 2-0 in Holland on a night when PSV had three more goals ruled out for offside.

After eight straight wins, Arteta’s side followed Sunday’s draw at Southampton with their second defeat of the season.

‘It’s the end of a long run and now it’s time to reset and analyse what happened. PSV deserved to win no question, we were nowhere near our level today,’ Arteta admitted.

‘When you play like that against the top teams it’s very difficult to win. Today we were extremely poor.

‘We didn’t have the threat and aggression we’ve been playing at and that is worrying. The moment something went wrong we just went down and didn’t know how to react. 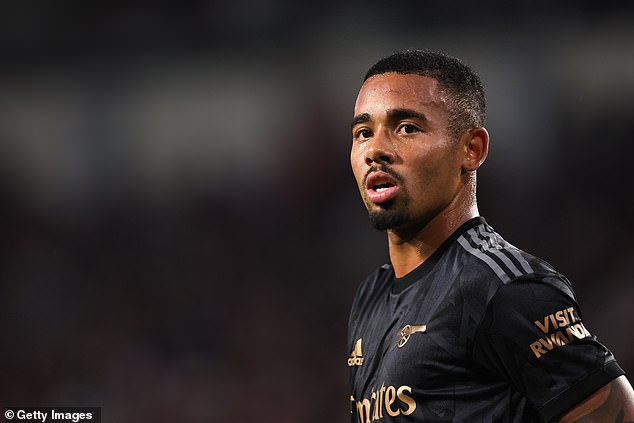 Joey Veerman and Luuk de Jong punished Arsenal in the space of eight second-half minutes. Either side of that, Cody Gakpo (twice) and Xavi Simons had goals ruled out.

It means Arsenal may now have to beat Zurich next week to secure top spot and avoid a play-off against a team dropping out of the Champions League.

‘It’s my responsibility to get the best from the players. They have been exceptionally good and playing at a level that probably no-one expected. Now it’s down to me to get the best out of them,’ Arteta said.

‘We are still in a really good position. We’ve won four games and now we have to finish it in a week’s time. We have to prepare for that.’ 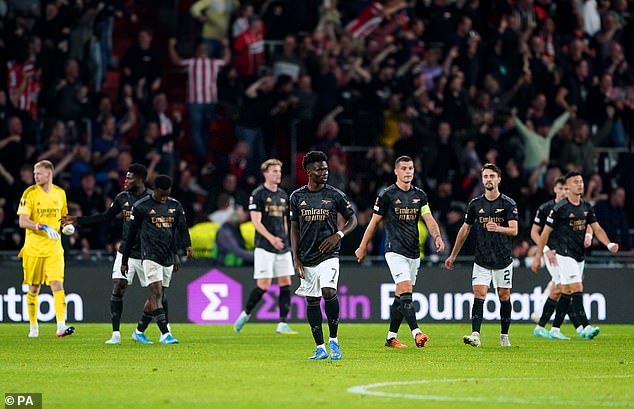