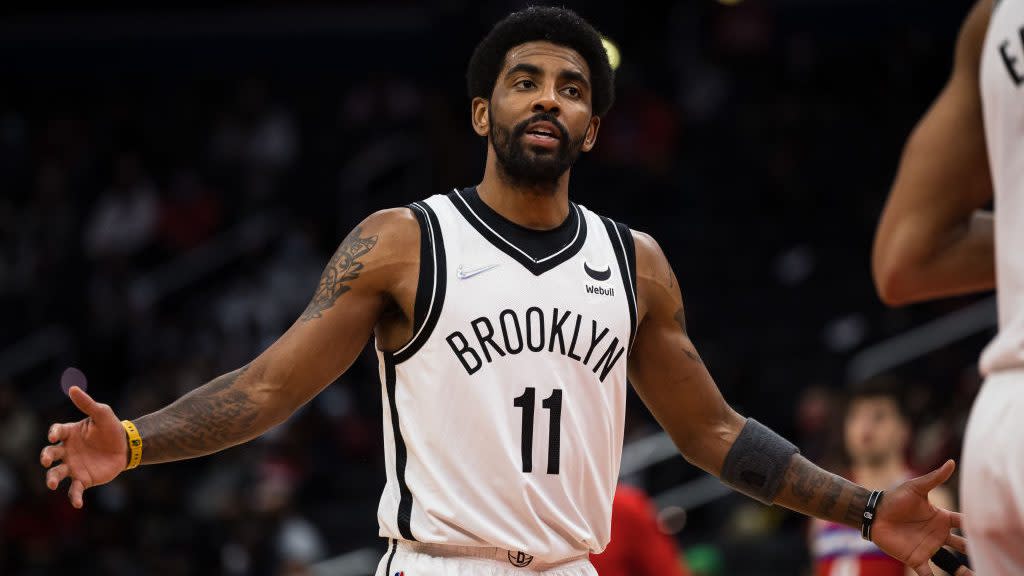 The Milwaukee Bucks spent the last days of the NBA season dodging having to play the Brooklyn Nets in the first round. The Boston Celtics faced that challenge head-on and swept Kevin Durant, Kyrie Irving and the Nets out of the playoffs. Boston came out of that series with the confidence that took them to the NBA Finals.

The sweep was good for Brooklyn too, heading into this season. At least if you ask Kyrie Irving, who appeared on Nets Kingdom to talk about it.

“We got 4-0’d my G, we got 4-0’d. It was meant to happen like that. Motivation bro. We needed that humbling experience, especially going against the Celtics. It was already built to be that matchup. We’re gonna see them again, we’re gonna have to. They’re gonna be where they’re gonna be. But those youngins over there in Boston, bro, I got to see them grow up. So to see them do what they did last year on the Finals stage, making it that far, I’m glad they had to go through us.”

Was it really that humbling? While the sweep was a surprise, the Celtics were pretty heavy favorites to win the series.

Did Brooklyn need to be humbled, to get a wake-up call? The Nets enter this season as potential contenders but with so many questions: Can Kevin Durant stay healthy and continue to play at an MVP level? Will Kyrie Irving be focused and committed for an entire season? Will Ben Simmons accept a role, work off ball more, and fit in with Durant and Irving? Is Joe Harris healthy and have his shooting form back? Can Nic Claxton take a step forward and be the defensive center the Nets need? Can Royce O’Neal be the defender on the wing they need?

The list goes on and on from there. The Nets are potentially a contender, but there is no other NBA team with so many fundamental questions this season.

See also  Where does Magic Johnson rank all time in each statistical category?

So maybe getting swept was a good, humbling experience for the Nets. Maybe it helps them this season. But at best it is one part of a much larger tapestry.

Kyrie Irving on Nets getting swept by Celtics: ‘We needed that humbling experience’ originally appeared on NBCSports.com