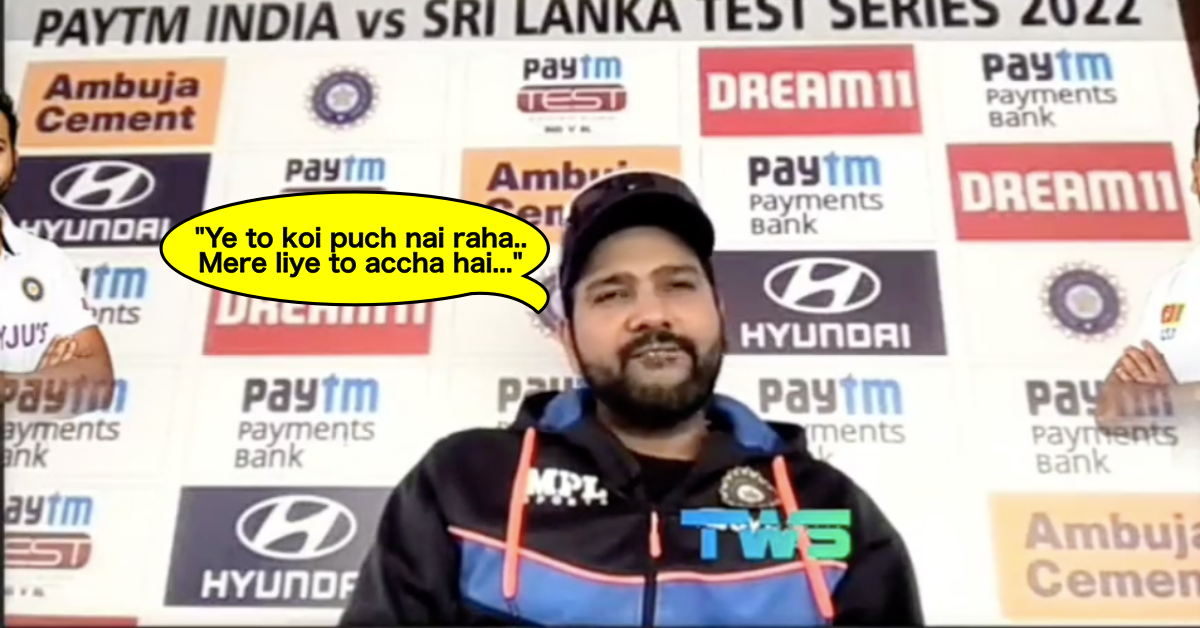 The 34-year-old Rohit was recently appointed as India’s Test captain after Virat Kohli decided to step down from Test captaincy after a Test series defeat against South Africa.

Meanwhile, during a pre-match virtual press conference on Thursday, a reporter told Rohit Sharma, is the match not being played in the outfield as he is not talking about the surface in Mohali to which Rohit replied by saying that nobody is asking about those things.

The report further said that “tell something about the wicket, the crowd will be back in the stands and whether the spectators bring back the energy in the players?”

Rohit Sharma had a hilarious reply ready for the question asked by the reporter and he responded:

Meanwhile, during a virtual press conference, Rohit has said that his philosophy of captaincy will remain the same across all three formats, which is of staying in present and understanding the situation of the game.

“My philosophy of captaincy will remain the same -staying in the present, understanding the situation and what is the right call to make at that moment.”