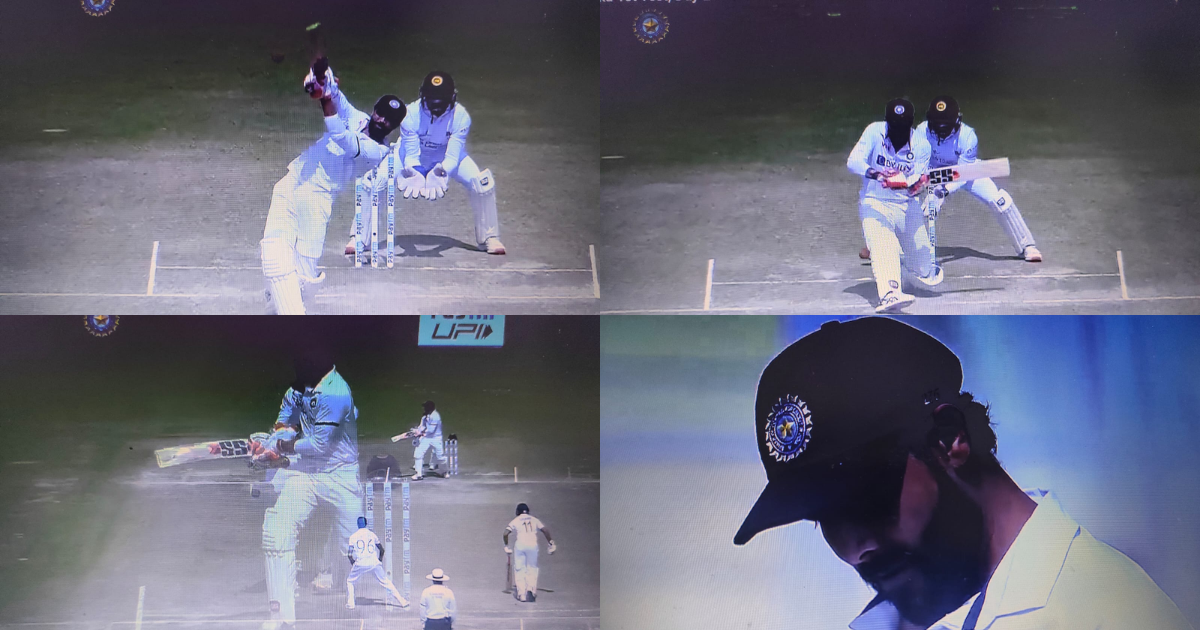 Indian all-rounder Ravindra Jadeja took on the left-arm spinner, Lasith Embuldeniya, after completing his hundred on Day 2 of the first Test between India and Sri Lanka at the PCA Stadium in Mohali.

Jadeja scored his 2nd career century on Saturday and the knock was of immense importance to India as they were in trouble at 228/5 after opting to bat first. He first stitched a partnership with Rishabh Pant before building another one with Ravichandran Ashwin.

Just before the lunch break on Day 2, Jadeja completed his century off just 160 balls. Soon after, he was running out of partners at the other end and had to take on the bowlers himself. He targeted Embuldeniya, who was tired after bowling nearly 50 overs.

Jadeja first danced down the track and smoked one back over the bowler’s head. He followed it up with a swivel down the leg side off a rather poor delivery from Embuldeniya. Trying to drag his length back further, Embuldeniya dished out another dilly-dolly.

Jadeja made full use of it once again and guided it along the ground towards fine leg for the third consecutive boundary. What started out as a great performance from Embuldeniya, with the wickets of Virat Kohli and Mayank Agarwal, quickly turned sour.

He was taken apart by Rishabh Pant on Day 1, where the left-handed wicket-keeper batter smashed 22 runs in one over. The punishment was matched by Jadeja on Day 2, piling on the misery for the Lankans.