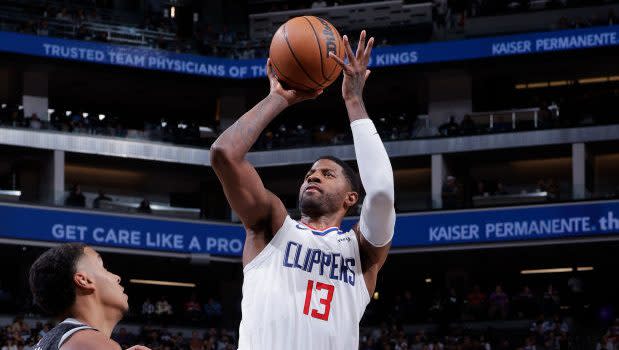 Kawhi Leonard and John Wall sat out, it took until Game 2 of the season for the Clippers to start load management for their stars.

That meant Paul George had to step up — and he did.

George said a technical he got in the second quarter “turned up” his aggression as he took his frustration out on Sacramento. After the game, coach Tyronn Lue said the Clippers need more games like this from George as Leonard and Wall will have a lot of nights off early in the season.

The Clippers are 2-0, and while neither win was dominating it showed off their depth as the team works to develop its chemistry. The Kings fell to 0-2, both hard-fought losses.

Check out more on the Clippers