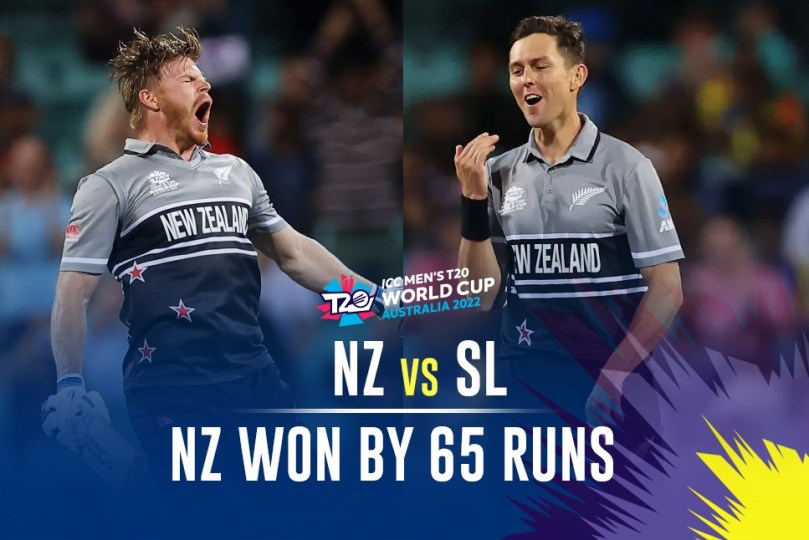 NewZealand vs SriLanka Highlights – A disjointed effort from Sri Lanka batters Chasing 168, Sri Lanka’s innings never got going as they failed to counter the clever bowling from Tim Southee and Trent Boult. Southee scalped one wicket in the first over, with Boult scalping two in the second as Sri Lanka were reduced to 6/3. Boult would have his third in his fourth over, sending Charith Asalanka packing as Sri Lanka were reeling at 8/4.

After the early blows, Sri Lanka never quite recovered, despite the best efforts of Bhanuka Rajapaksa. The batter scored 34 off 22 before being dismissed by Lockie Ferguson. Mitchell Santner would also strike twice, getting the wickets of Chamika Karunaratne and Maheesh Thekshana, as Sri Lanka were limping around at 65/8.

Skipper Dasun Shanaka’s spirited effort of 35 for 32 would also come to an end as Boult ended his knock to scalp his fourth of the match. The pacer would end his spell with figures of 4/13. Ish Sodhi would scalp the final wicket of Lahiru Kumara in the final over as Sri Lanka were bowled out for 102.

Points in the bank! Trent Boult leads the bowling effort with 4-13 at the @scg to defend against @OfficialSLC. Wickets also for Santner, Sodhi, Southee and Ferguson. Card | https://t.co/evB7YxqHcD #T20WorldCup pic.twitter.com/pFnJPFzFK6

A partnership of 84 was then built up between Glenn Phillips and Daryl Mitchell, getting New Zealand out of trouble. The pair would bat sensibly, knocking the ball around, punishing the odd bad ball away. They were also helped in their effort by Sri Lanka’s fielding, as they put down two catches. Mitchell would finally be dismissed by Wanindu Hasaranga with a brilliant wrong ‘un, bringing an end to the partnership. 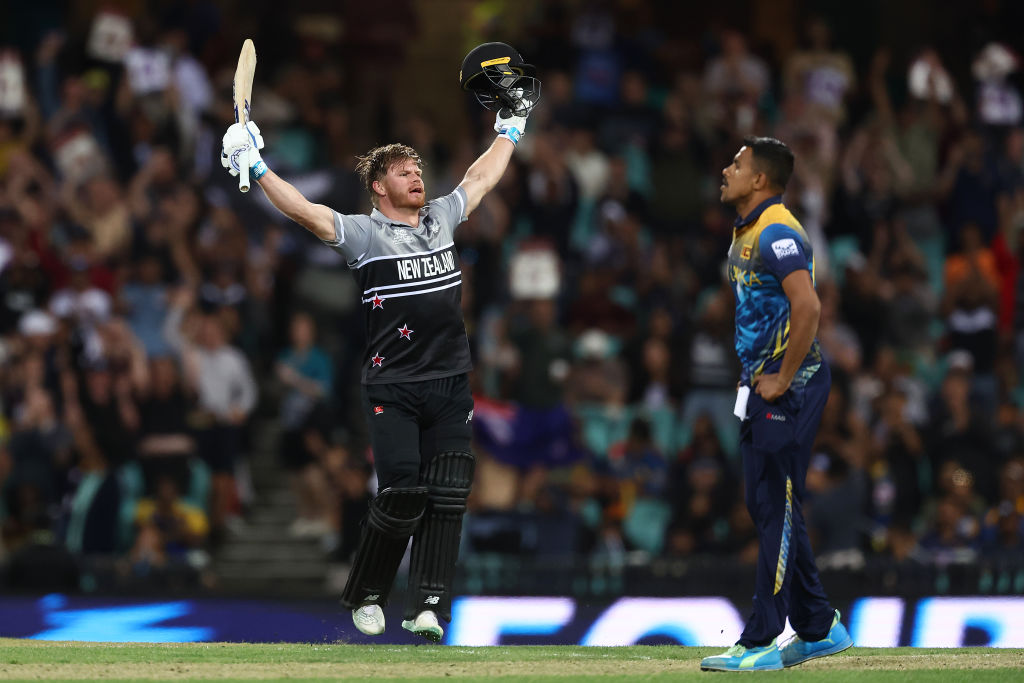 After steadying the ship alongside Mitchell, Phillips then upped the ante, smashing some brilliant shots and slowly getting his strike-rate up. The batter would enter another gear after his fifty, taking the attack to the Sri Lankan bowlers.

He would finally bring up his second T20I hundred in the 19th over. Phillips would be dismissed in the final over by Lahiru Kumara but not before scoring a breathtaking 104 off only 64 balls. Phillips hit ten fours and four massive sixes in his brilliant knock.

Daryl Mitchell (22) and Mitchell Santner (11*) also made handy contributions as New Zealand set Sri Lanka a target of 168. Kasun Rajitha (2/23) was the pick of the bowlers for Sri Lanka.