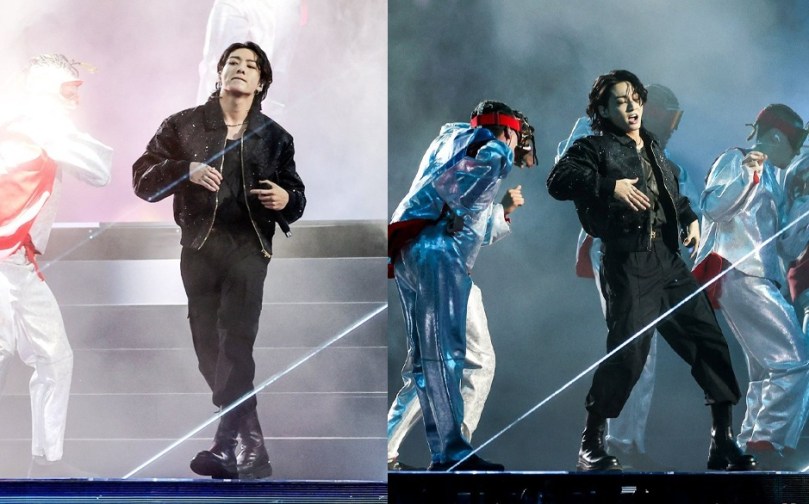 FIFA WC Opening Ceremony: FIFA World Cup 2022 got off to a glittering start on Sunday with a gala opening ceremony in…

FIFA WC Opening Ceremony: FIFA World Cup 2022 got off to a glittering start on Sunday with a gala opening ceremony in Doha. One of the major highlight of the event was the famous K-Pop Band BTS that enthralled the fans at the Al Bayt Stadium in Qatar. Jungkook, one of the singers from the BTS performed the official World Cup anthem ‘Dreamers’ during the show. Follow FIFA World Cup 2022 LIVE updates on InsideSport.IN

BTS, which is Bangtan Boys, is a popular South Korean boys band that consists of seven musicians. The band has garnered a huge fan following across the world.

On Sunday, Jungkook, one of the singers from the band set the stage on fire at Qatar as he sang ‘Dreamers’, which is his official soundtrack for the FIFA World Cup 2022. It was the main act at the ceremony. With the performance, he became the first-ever Asian to perform the official anthem of the FIFA World Cup.

Jungkook performed the song surrounded by white-clad dancers. The song highlights optimism as the lyrics goes, “Look who we are, we are the dreamers, we’ll make it happen, cause we can see it.”

Soon after the performance, fans of Jungkook took to Twitter to rave about his life performance at the event. One fan shared a video and called it the best performance he has seen in his life.

Really proud on jungkook, he absolutely killed it, wrote another fan.

But lowkey really proud on jungkook, he absolutely killed it🥺💙

proud is an understatement. that’s our jungkook, our golden maknae, on the stage of world cup opening ceremony. he did that. all that. by himself. pic.twitter.com/yDD0kbom9h

The Opening ceremony preceded the opening match of the tournament that saw home team Qatar battle with Ecuador. Apart from the BTS’ performance, the ceremony  also saw performances from Lebanses singer Myriam Fares and Bollywood star Norah Fatehi. American actor Morgan Freeman was also present and he gave a speech ahead of the kick-off .