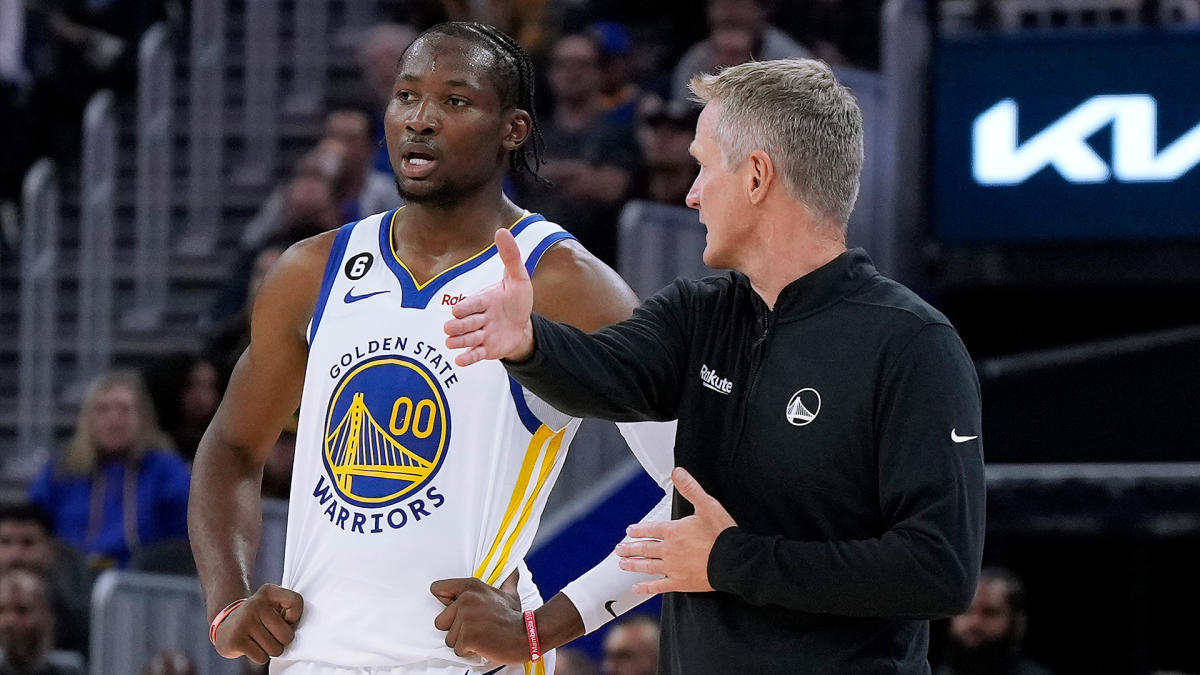 SAN FRANCISCO — The result Sunday night at Chase Center was a 130-125 Warriors win over the Sacramento Kings. Their road to victory was full of highs and lows, in that order.

Early on, it was all joy, excitement and amazement. The second half, especially the fourth quarter, was full of nail biting and countless frustrations. With nine minutes to go, Steve Kerr had seen enough.

Following an easy bucket by Terence Davis, the Warriors still led by 17 points. That was beside the point, though.

“Transition defense,” Kerr said flatly when asked about his decision to take the timeout. “The main thing was just the lack of energy. You got a group of reserves out there, and those guys should be dying to be on the floor and flying around and playing with huge energy, and that’s what I was upset about.

“There was a careless transition defense possession. There was no juice, no life to that group. We’re going to have to find what we’re looking for in terms of energy and leadership.”

The group that was on the court when Kerr’s fire could be felt from the floor to the ceiling consisted of Jordan Poole, Klay Thompson, Moses Moody, Jonathan Kuminga and James Wiseman.

Thompson of course is the elder statesman of those five, but he still is on a minutes restriction and the win wasn’t exactly smooth sailing for him. He was the Warriors’ worst shooter, going 3-for-10 overall and 2-for-7 from 3-point range on his way to scoring a season-low eight points. Poole bounced back from a down game against the Denver Nuggets two nights prior, scoring a season-high 24 points. He also was a team-worst minus-18 in plus-minus, and Kerr isn’t going to let him off easy.

Moody, Kuminga and Wiseman make up the remaining three. Those are two 20-year-olds and a 21-year-old. All three should have no excuse to not be running up and down the floor, and they should be fighting to prove themselves on a nightly basis. Moody essentially replaced Kuminga in the rotation Sunday night after Kuminga was given more minutes than him in the first two games of the season.

Sure, there will be bumps in the road and obstacles along the way. This was only the third game of the season, and one where the Warriors came out as winners. The training wheels also have to be all the way off.

“It’s not entirely fair to them to put all those guys together, but it’s a tough league,” Kerr said. “It’s sink or swim and you got to figure it out.”

Going into the fourth quarter, the Warriors led by 19 points. This was supposed to be a night where stars like Steph Curry could sit back and relax, cheering on his teammates from the sidelines for the final quarter.

With a towel draped over his head and legs all wrapped up, it was clear that was to be the case for Curry. He was engaged as a teammate, not as someone who was going to be called upon to save the day after already scoring 33 points through three quarters, including 28 points in the first half. He admitted his expectation was that he wasn’t going to be needed again.

That’s not how it always works. The Warriors lead was down to 12 points when Curry was forced to come back in at the 5:18 mark. He played the rest of the way, but was ice cold — and it showed. Over those final five minutes, Curry missed all four of his shot attempts and turned the ball over once. He missed his only 3-point attempt, and even saw two layups fail to fall through the nets.

Here’s the message: Superman shouldn’t always have to put his cape back on, especially in a game where the Warriors once led by as many as 26 points.

“We can say it and we can tell them, ‘Hey, in 2012 we went through this too,’ but you have to feel it,” Curry said about the Warriors’ youth. “It’s part of the growth of young guys trying to understand how hard it is to win in this league. If you look at the team coming in, 0-2, they’re going to fight. They’re going to have a sense of pride of trying to get over the hump, and no matter what the lead is they’re going to compete, especially with [Mike Brown] and what he’s preaching over there.

“So, it’s a great lesson of, we make it look easy at times and that’s built over a decade of work and reps. It’s really hard to win in this league and to sustain that — 48 minutes is a long time. Like you said, every detail does matter, so you have to feel it and get exposed a little bit to understand what it means to win.”

RELATED: Warriors’ defense yet to arrive in uneven start to season

The Warriors scored 89 points in the first half, good for their second-most over a first half in franchise history and their third-most of any half. They set a franchise record with 50 second-quarter points. Then in the second half, they scored 41 points to the Kings’ 54.

Sacramento’s second unit grabbed 21 rebounds and the Warriors’ reserves had 11. The Kings’ bench also had eight steals compared to three from the Warriors’ bench.

Nothing comes easy in this league. That’s true against a winless team, it’s true with a lead that flirts with 30 points and it’s true when records are being rewritten. A lesson was learned, albeit in a win, and plenty more will unfold over the next 79 regular-season games.