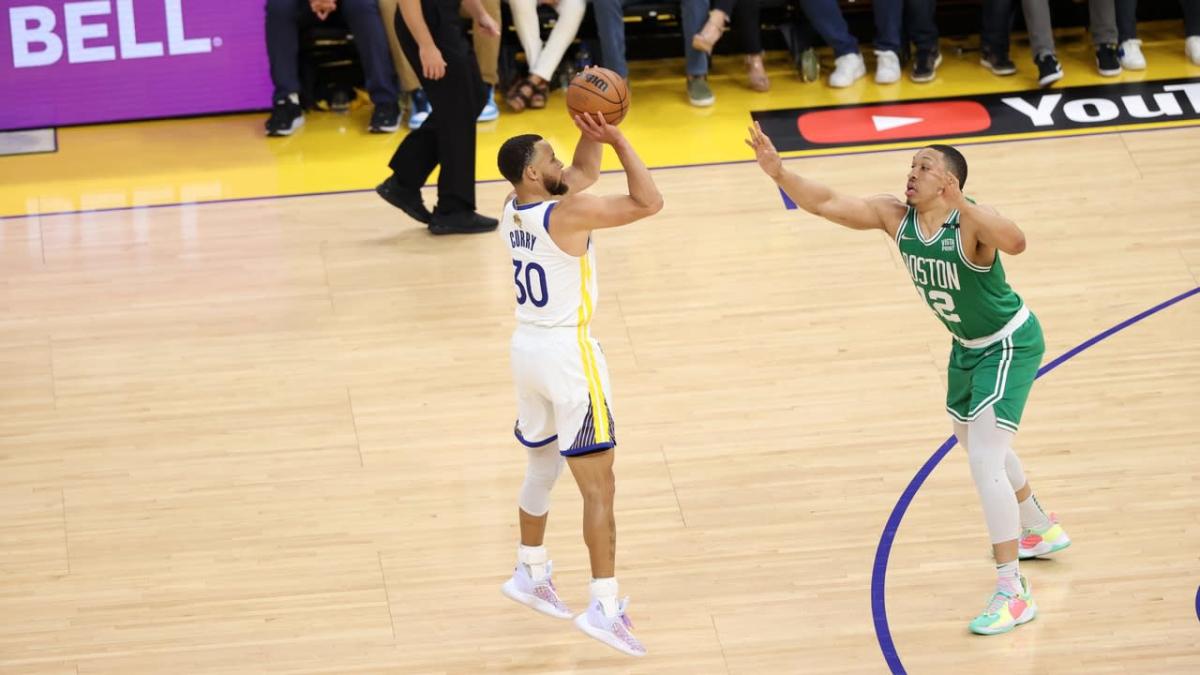 Steph Curry was ready for the NBA Finals.

The Warriors superstar set a record for most 3-pointers in a single quarter in the NBA Finals with six, and he only needed the first 12 minutes of Game 1 against the Boston Celtics to do it.

Curry had 21 points in the first quarter and shot 6-of-8 from distance – and one miss was a shot from beyond halfcourt at the end of the quarter. He broke the previous record of five 3-pointers, that he himself shared with Ray Allen and Kenny Smith.

The Celtics allowed Curry to have excellent looks throughout the quarter, and the greatest 3-point shooter in NBA history made them pay.

This was far from Curry’s first 3-point outburst in an NBA Finals game. He has now made five 3-pointers or more in a quarter three times in his Finals career. All other players in NBA history — Allen and Smith — have combined to hit that mark just twice.

Curry’s 21 points in the first quarter was also the most in a quarter in the NBA Finals since the Chicago Bulls’ Michael Jordan had 22 points in the fourth quarter of Game 4 against the Phoenix Suns in 1993.

There was a lot of talk before the series about Curry lacking a Finals MVP award, and he’s off to a great start as the frontrunner if the Warriors win the series.