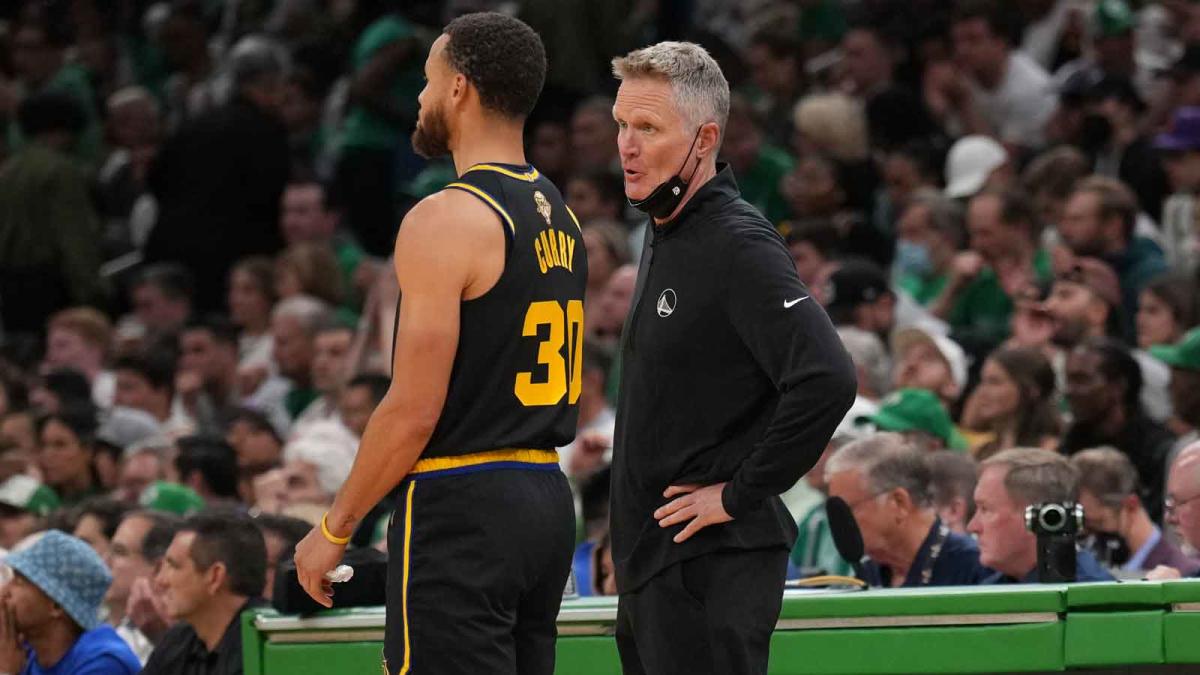 At age 34, Steph Curry played arguably the best basketball of his life to carry the Warriors to a championship during the 2022 postseason.

Curry averaged 27.4 points, 5.9 assists and 5.2 rebounds during the playoffs. In the NBA Finals against the Boston Celtics, Curry was even better, putting up 31.2 points per game – including the game of his life with a 43-point performance in a Game 4 win.

The postseason outburst followed a regular season for Curry that was – by his standards – not necessarily at the level of production that he had shown in previous years. His 38 percent clip from beyond-the-arc was the lowest of his career.

But Curry saved his best for last. Head coach Steve Kerr was asked Wednesday if Curry is still in his prime, even at an age where most superstars begin to wane.

“I think he absolutely peaked in the playoffs,” Kerr said. “I think it’s going to be harder for him next year at 35 and the following year to put together an 82-game season like he did seven years ago.”

Kerr added that he thought the cadence of a playoff schedule helped Curry, who could focus on one opponent and have a certain number of off days in between games.

“But in the playoffs, when you’ve got time off in between games and you’re really locked in, this was the best I’ve ever seen him in terms of his two-way performance,” Kerr said. “His defense was spectacular. He’s gotten so much stronger.”

As Kerr said, Curry also held his own on defense in the Finals against the likes of Jaylen Brown and Jayson Tatum. Opponents usually target Curry on defense to tire him out and because of his smaller size.

“So Steph has never been better defensively, and like I said, in the playoffs when you get time to rest at 34, 35, 36, there’s no reason why he can’t continue to have playoff runs like this,” Kerr said. “But it’s all out there for him, and we know he’s going to work for it. It’s fun to just be a part of it.”

Related: Why Kerr believes that Warriors will be better next season

To think that Curry won back-to-back MVP awards more than half a decade ago and is still playing the best basketball of his career is hard to believe.

But, his numbers and performance in the playoffs certainly confirm that perception. If this is Curry at age 34, he surely has more seasons of elite basketball left in him.