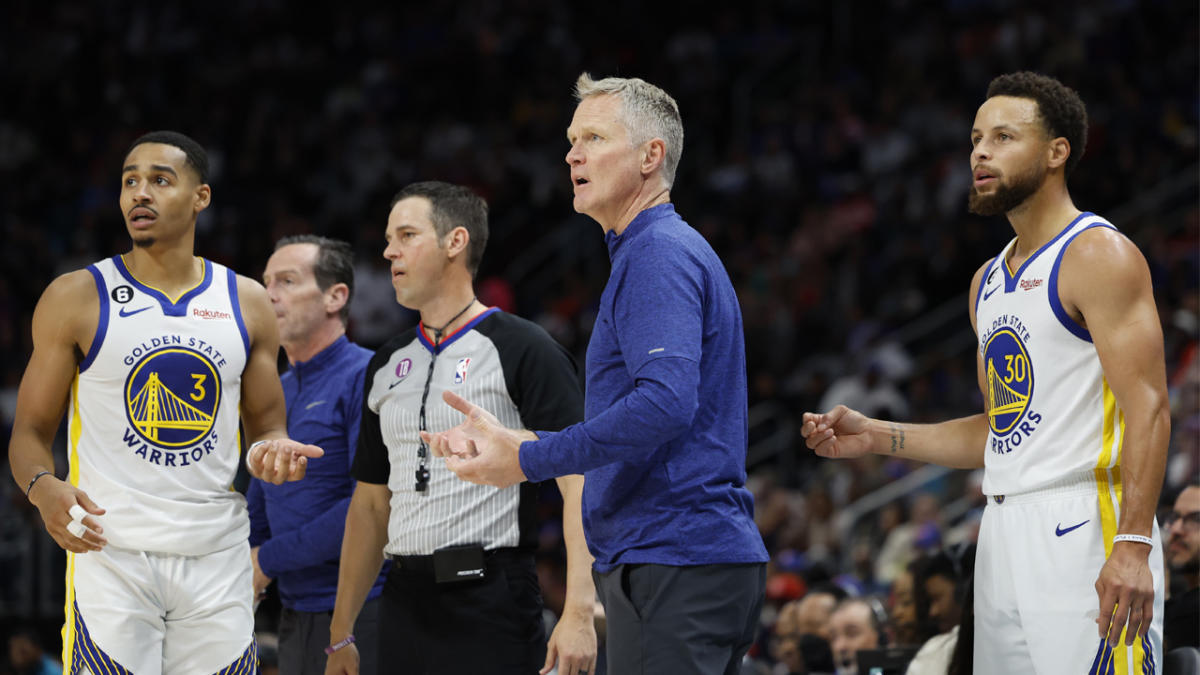 The Warriors are off to an inauspicious start to the 2022-23 NBA season, sitting at 3-4 after seven games.

The Warriors finished that campaign with a 23-43 record, third-worst in the Western Conference, and went on to select Harrison Barnes No. 7 overall in the 2012 NBA Draft.

While Golden State’s dreams of repeating its 2022 championship remain intact with Steph Curry, Klay Thompson, Draymond Green, Jordan Poole and Andrew Wiggins on the roster, there are many areas of concern that need to be addressed.

Specifically, Warriors coach Steve Kerr has pinpointed a lack of defensive urgency to start the season. Kerr notes that communication on that end of the floor has been “lacking,” and feels like his team is just playing “pick-up” basketball at times.

As it stands, the Warriors are 21st in defensive efficiency (115.8) and are allowing opponents to shoot 55.1 percent from the field, which is tied for 11th-worst in the NBA.

Golden State also is giving up the second-most free-throw attempts (28.6) per game, with opponents hitting them at an 82 percent clip (third-worst).

For context, the Warriors had always been a top-15 defensive team during Kerr’s tenure, so Golden State sitting at 21st early on is uncharted territory for both the players and coaching staff.

RELATED: Dubs looking for answers to lack of urgency during 3-4 start

Despite the slow start, Green, the Warriors’ defensive anchor, is prioritizing the team building good habits early on to turn things around.

Nevertheless, Warriors fans are hopeful that history doesn’t repeat itself, especially as Golden State eyes winning back-to-back championships, albeit with a younger squad.