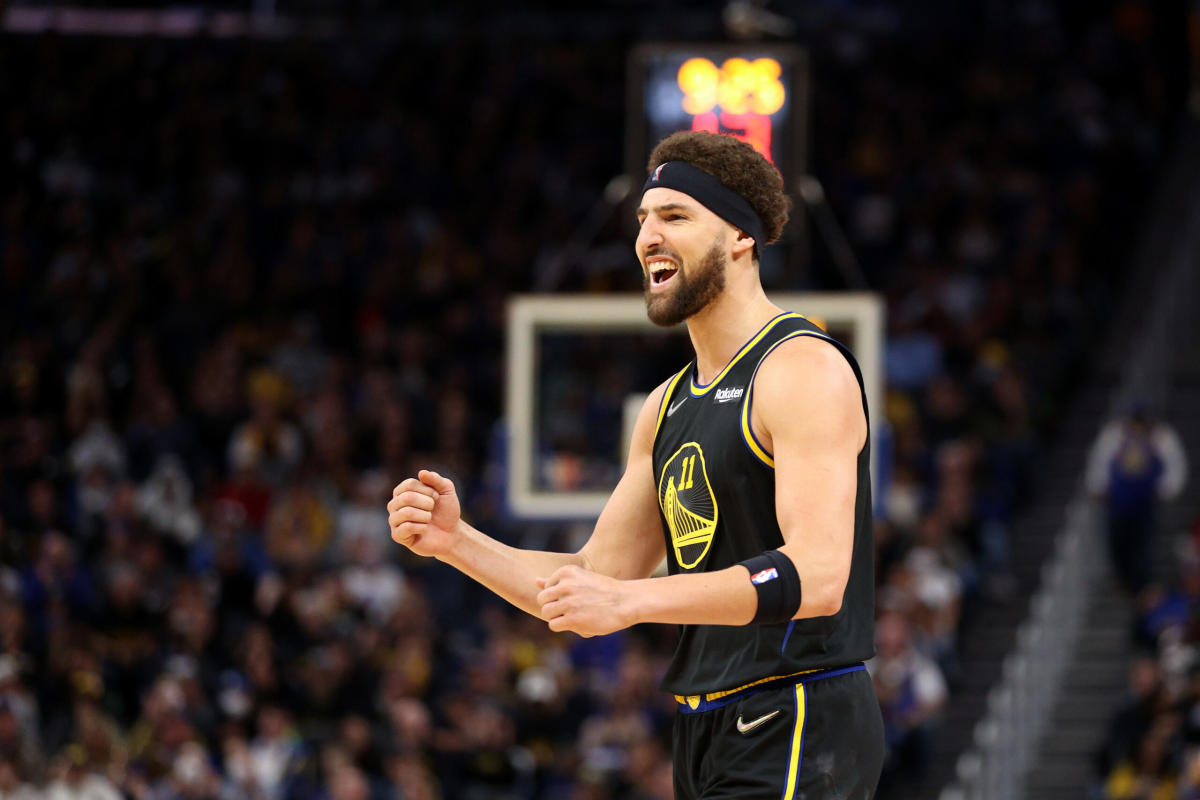 For the first time in over two seasons, Klay Thompson has had an entire offseason without going through an injury rehab.

Following his highly-anticipated return to the court from an extended layoff due to a knee and Achilles injury, Thompson helped the Golden State Warriors on a run to the 2022 NBA Finals. After adding his fourth championship ring to his trophy case, a healthy Thompson has had the full offseason to prepare for Golden State’s upcoming title defense.

After recently sharing a video of Thompson heating up from beyond the arc, the Warriors’ sharpshooting guard was back in the gym for another impressive offseason workout.

With trainers Charlie Max Torres and Zachary Gonzales, Thompson looked sharp while working on his game. Along with hitting some jumpers from deep, Thompson spiked a dunk at the rim after a backdoor cut from the corner.

After returning to the court from injury, the 32-year-old guard averaged 20.4 points on 42.9% shooting from the floor and 38.5% shooting from long distance in 32 games with the Warriors in the 2021-22 campaign.

Thompson will join the rest of his teammates on the court when training camp gets underway on Sep. 24.