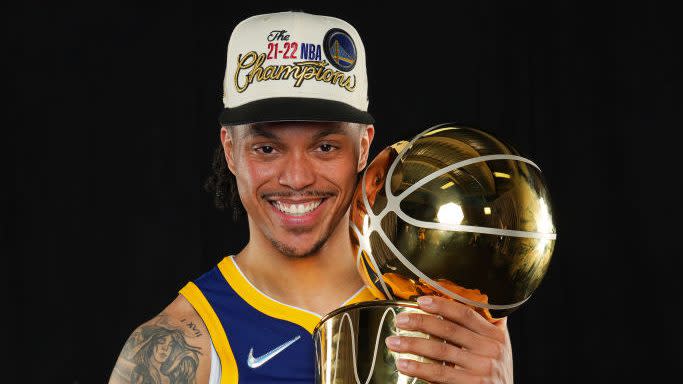 The Warriors lost another player in free agency, and while this one lacks the sting of Gary Payton Jr. heading to Portland and Otto Porter Jr. going to Toronto, it’s still a loss off the bench.

This is undoubtedly for the minimum.

Lee averaged 7.4 points a game in the nearly 20 minutes a night he played for 64 games. His 3-point shooting slipped this season, 33.7%, but he was who he was for the entire four years he was on the Warriors. Ignore the outside complaints about nepotism (he’s married to Stephen Curry‘s sister, Sydel), Lee was what a team should expect from a deeper bench player.

Now the Suns will have Lee off their bench for a season (at least).

And when Phoenix comes to town, Lee can pick up that ring he earned.

Check out more on the Warriors