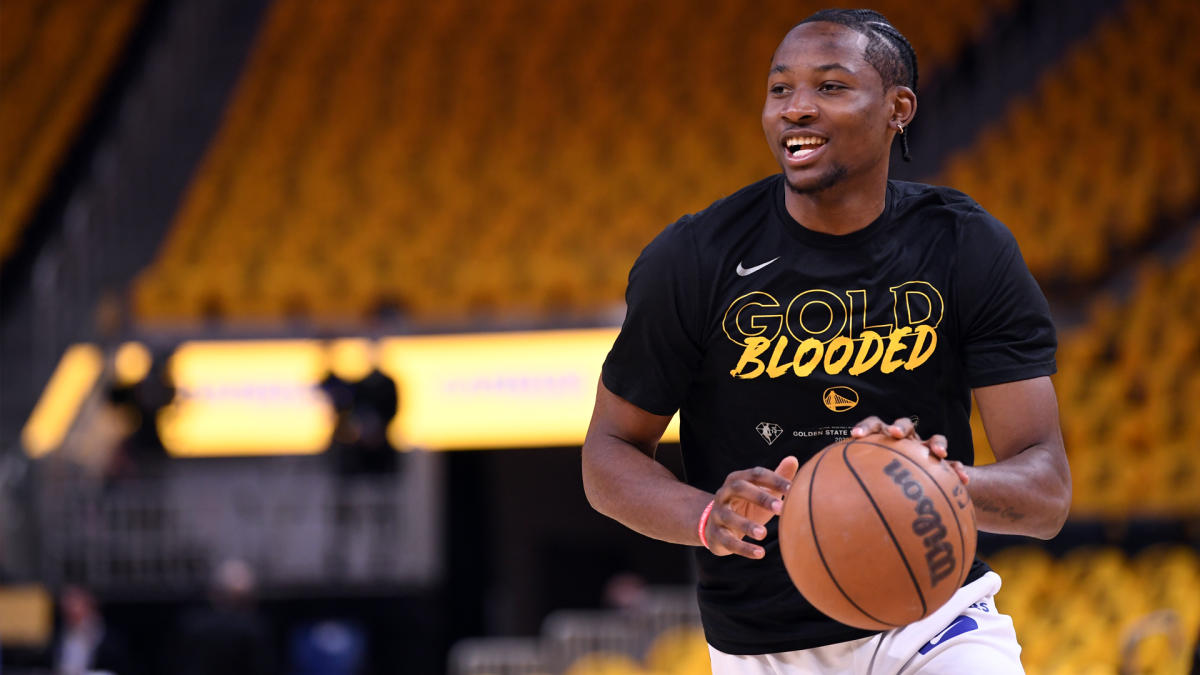 Jonathan Kuminga still is only 19 years old. No, this isn’t an old Jayson Tatum joke.

The Warriors’ top draft pick from a year ago finally will get out of the teenager phase of his life on Oct. 6, when he turns 20 years old. Fans and the franchise alike will have to remember that at times, too. Patience still is needed.

Everyone knows the talent Kuminga has. He has the size at 6-foot-8 and 210 pounds. He already is one of the best athletes in the entire NBA, and he knows it.

Coming into the 2020 NBA Draft, Kuminga might have been the biggest mystery of them all. His athleticism was on full display in the G League, going against grown men. But there were questions regarding his shot, feel for the game and work ethic. After his rookie year, many of those same questions remain.

See also  76ers hopeful Joel Embiid could return for part of Heat series, but no timeline yet

Only now, people realize how high his superstar potential can go. Much of that is up to him, though.

The spotlight will be brighter. More eyes will be on Kuminga in Year 2. So, what’s next?

Two key words to follow when assessing Kuminga this upcoming season are “trust” and “consistency.” How much does Steve Kerr trust him? Can he be consistent, or will his game be full of flashes and highlight-reel plays here and there?

The first few weeks of the season should tell us a lot. Kuminga isn’t a veteran, but he isn’t a rookie anymore. The Warriors want to take his training wheels off. It won’t always be perfect, but they have to let him go.

From the start of February to the end of the regular season, Kuminga averaged 12.9 points and 4.4 rebounds per game while shooting 54.1 percent from the field, 34.5 percent from 3-point range and 71.6 percent from the free-throw line — all while playing 23.1 minutes per night.

See also  Russell Westbrook and his agent have parted ways

Kerr and the rest of the organization certainly will take those kind of numbers. At the same time, stats shouldn’t be his main priority. For Kuminga, it’s all about feel.

Basketball comes easy to him athletically. It’s all the nuances to the game that need to slow down. If that’s the case, and if Kuminga put in the offseason work that the team expected, this is a natural talent that the Warriors have never had at this age since moving to the Bay Area.

This upcoming season also isn’t just about 2022-23 for Kuminga. It’s a stepping stone for the future and can affect how the Warriors conduct themselves with key decisions. Andrew Wiggins, who turns 28 in late February, is set to become a free agent next offseason and is due for a major payday. Draymond Green, who will be 33 in mid-March, has a $27.6 million player option in 2023-24 before possibly becoming a free agent.

Kuminga’s biggest fan comes from a place that’s in his favor: Owner Joe Lacob. Getting more to trust him with consistency and showing a knack for all the small things should result in handing him the keys more often, and it could make for some interesting decisions down the road.