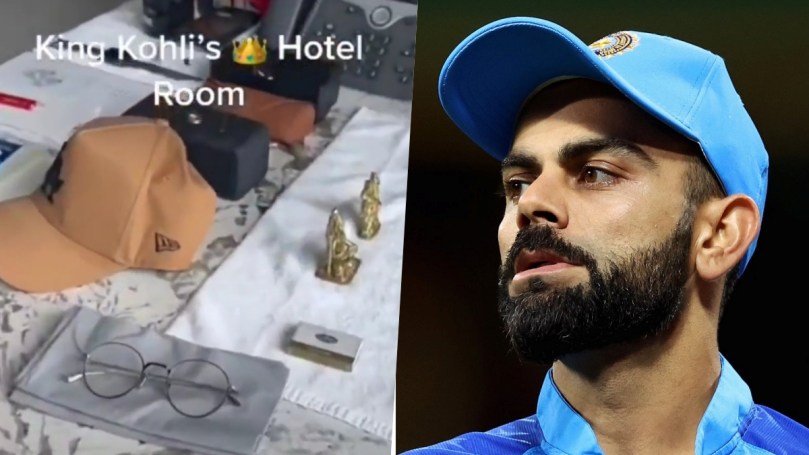 Virat Kohli Privacy Breach – ICC T20 World CUP 2022: Virat Kohli has decided not to file an official complaint with the…

Virat Kohli Privacy Breach – ICC T20 World CUP 2022: Virat Kohli has decided not to file an official complaint with the team hotel or the International Cricket Council on episode of his PRIVACY BREACH at Perth’s Crown Hotel. Kohli, in a post on Instagram, said the video “made me feel very paranoid about my privacy”, but decided against filing any complaint against anyone. Meanwhile, ICC Sources confirmed that security for the Indian team at their hotel is beefed up after the incident: Follow Indian Cricket Team updates & IND vs BAN LIVE updates with InsideSport.IN

“Whatever happened in Perth is unacceptable. No one can break into room of any player. We are looking into the matter and meanwhile we have beefed up security for the Indian team currently in Adelaide. Kohli hasn’t filed any official complaint with us”, confirmed top ICC Official

The right-hand batter shared a video wherein it can be seen a fan is capturing every small detail of Kohli’s hotel room. Not only this, but the fan also posted the former India captain’s hotel room video on social media.

Kohli did not like what his crazy fan did and asked him to respect other people’s privacy. In a brutal post, the 33-year-old has said to not treat him as a commodity for entertainment.

Later, the hotel — Crown Perth — issued a statement that the individuals involved in shooting the video were “stood down” and that the original video was removed from the social media platform.

Entire Episode Explained? A video, titled “King Kohli’s hotel room” and filmed with a mobile phone camera, scans through cricketer Virat Kohli’s Perth hotel room and shows his gear, glasses, shoes, kit, parts of the kitchen, protein supplements and toiletries. At one point, the person responsible even inadvertently shows his own reflection in the glass, revealing a person wearing a suit and tie.

Virat Kohli Privacy: Kohli’s humble request to fans asks them not to invade his private space

What irked Kohli the most is he is not getting any sort of privacy in his hotel room too. While the former India captain is always appreciative of his fans’ undying love and support, this one nasty incident from a fan did not go well. It is a hotel room or a house where an elite sportsperson finds some privacy. Sadly, for Kohli, that too was intruded by the crazy fan.

The Bollywood Actress said it’s an absolute disgrace and violation of human being.

There is no official update as of yet on Kohli’s fan apologizing to the cricketer. The video seems from the Perth hotel room where the cricketers were staying for their match against South Africa. After an investigation, Crown Hotel in Perth issued an apology statement to Kohli. It has also removed the person involved in this ugly incident. 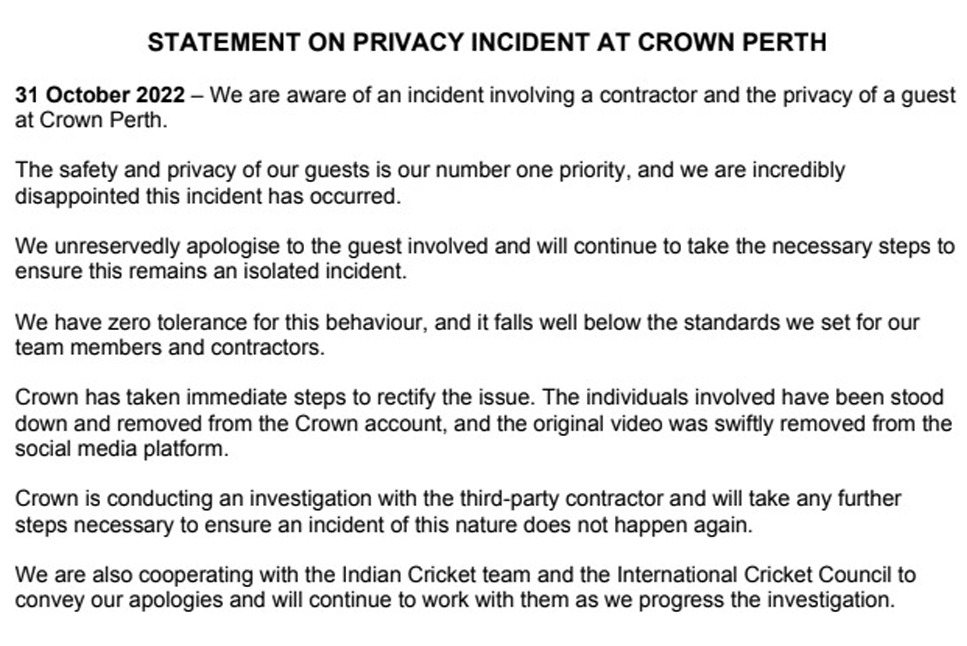