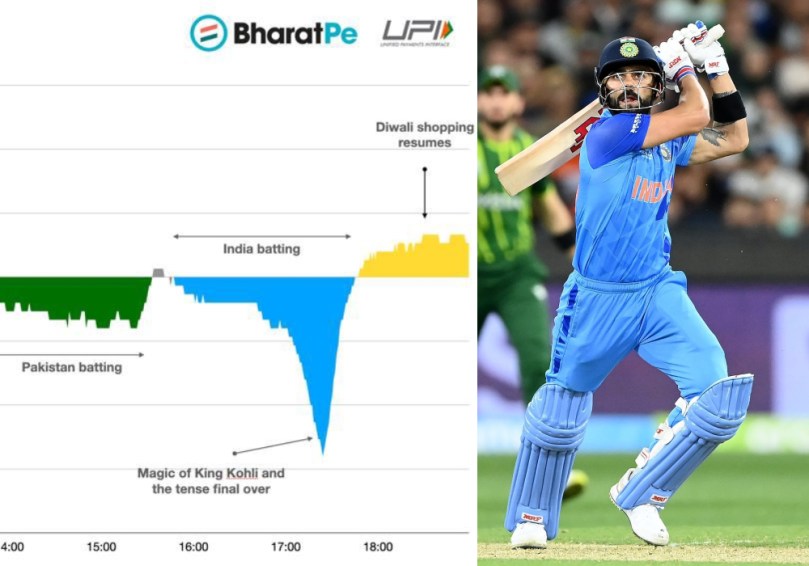 ICC T20 World Cup 2022: UPI Transactions IND-PAK: When crores of Indians were supposed to be shopping for Diwali, it’s Virat Kohli who brought them to a standstill. India’s shopping spree went down to nearly 20% when Virat Kohli was batting. In the entire duration of India vs Pakistan match, UPI transactions took a dip to 7-20%. Kohli scored a swashbuckling 53-ball 82, powering India to a thrilling 4-wicket win over Pakistan in Group 2, Super 12 match. Follow T20 World Cup LIVE Updates on InsideSport.IN.

As per BharatPe’s data, Diwali shopping was at its peak before India vs Pakistan match started. After a 7% dip in UPI transactions, it took a massive hit when Virat Kohli started batting. UPI transactions went back to normal when the match ended. Hence, business owners missed a prime time of shopping between 1:30 PM to 5:45 PM.

See also  ENG vs IND: She Had Tons Of Tips And Tricks For Him

India vs Pakistan matches tend to generate a lot of TV viewers even amongst non-cricket fans. And it was no different. In fact, as soon as the match started, there was a sharp decline in the number of UPI transactions, indicating a shift from shopping to watching the match. When Pakistan were batting, it was still below the average ceiling of UPI transactions during festive shopping.

But once Kohli was at the crease and slowly built a mammoth century stand with Hardik Pandya, the decline was rapid. By 6 PM, UPI transactions hit the above-average ceiling again. 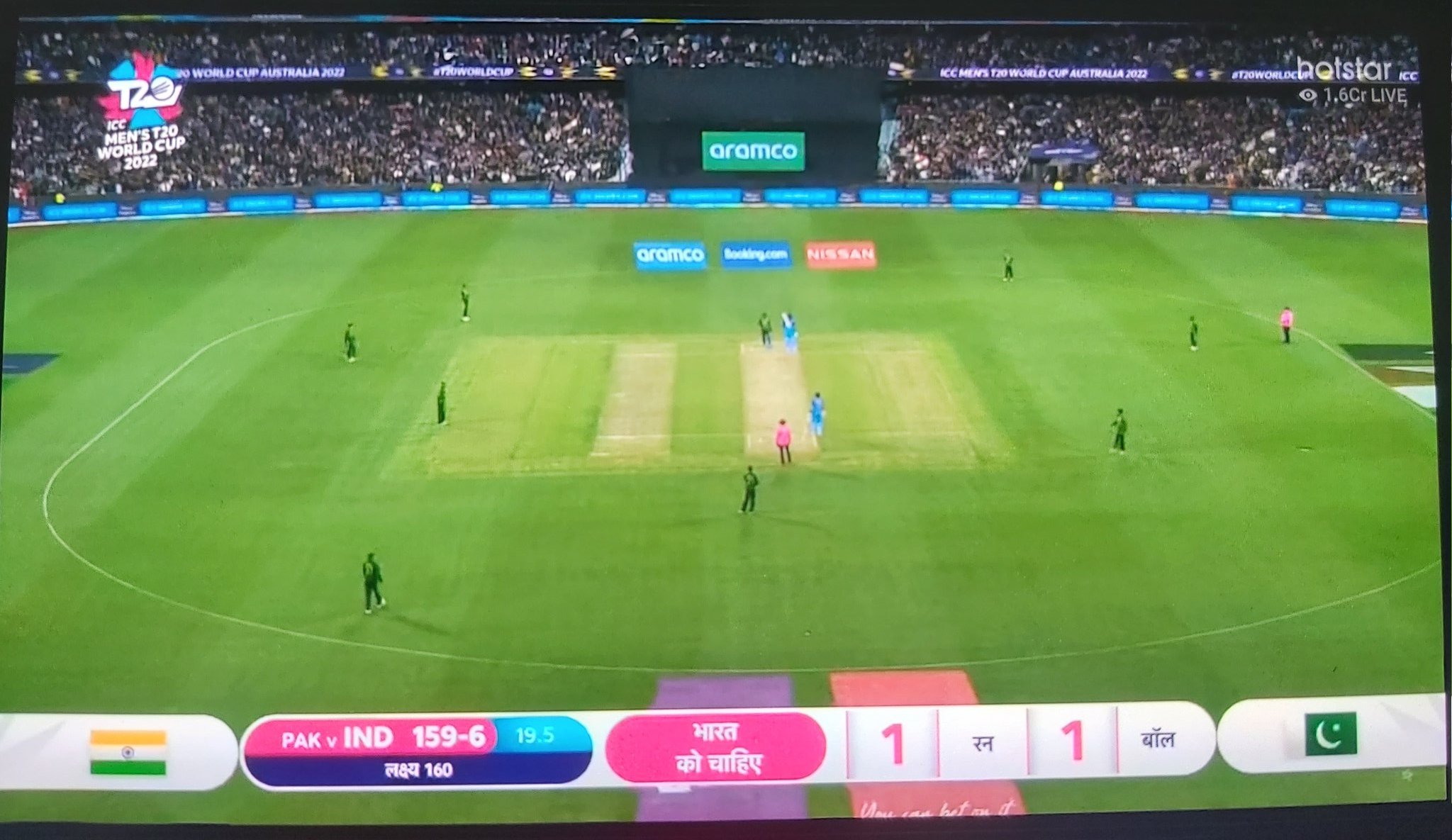 On TV, it is going to shatter records. During the last four overs of the match, Disney+Hotstar had over 1.6 crore viewers simultaneously. While Star Sports hasn’t yet released data, it will end up being the most-watched cricket match ever.

As for the match, it was Virat Kohli who ruled the MCG. Despite India losing 4 wickets for 31, his magnificent 53-ball 82 besides Hardik Pandya’s 40 helped India cross the 160-run target.

Put to bat first by India, Pakistan put up 159/8 in their 20 overs. Shan Masood (52) and Iftikhar Ahmed (51) scored solid half-centuries but Pakistan kept losing wickets consistently. A 76-run stand between Masood and Ahmed was crucial for Pakistan. 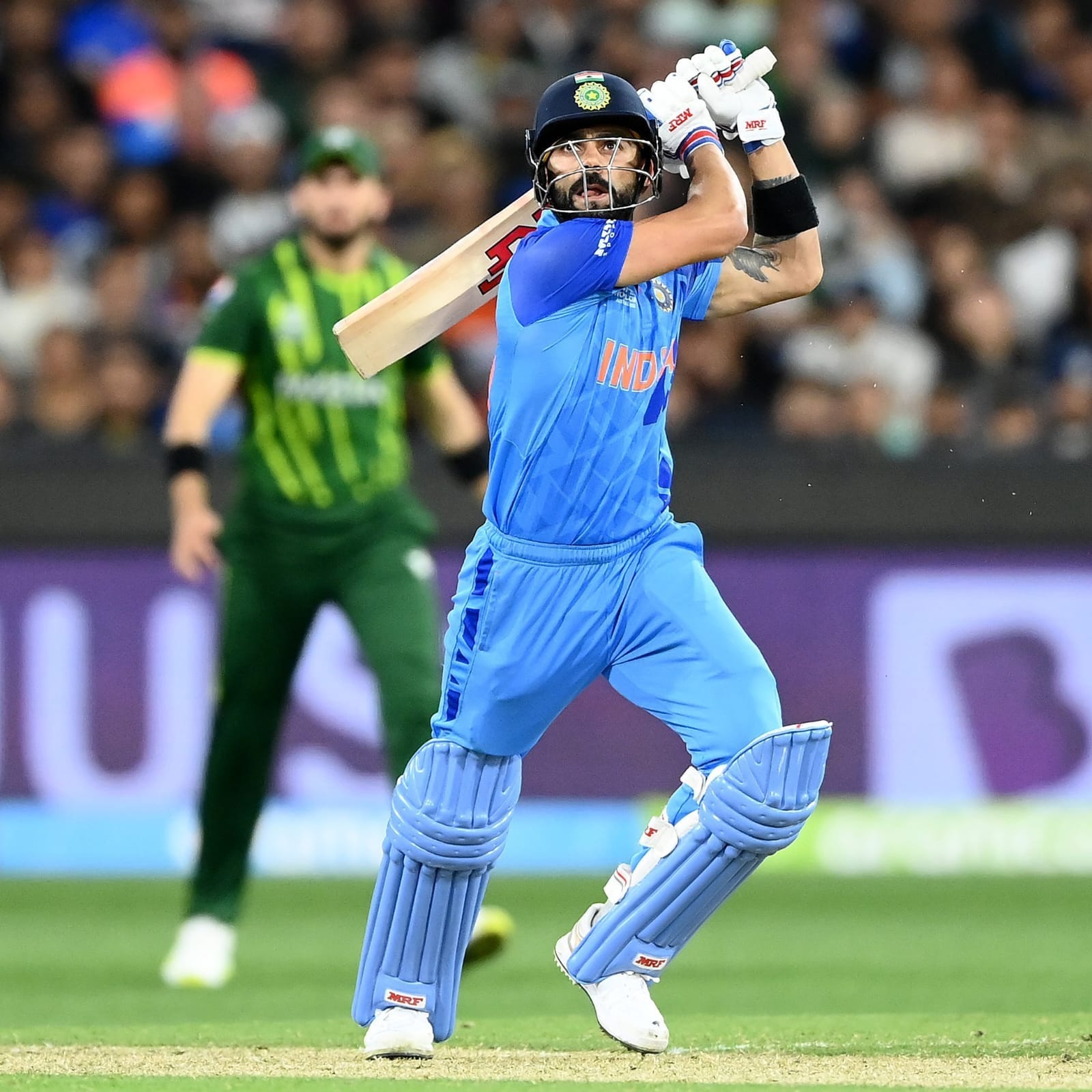 Hardik Pandya (3/30) and Arshdeep (3/32) shined for India with the ball. Shami and Bhuvneshwar also got a wicket each. Chasing 160, India was reduced to 31/4 in less than seven overs.

From then on, Virat and Hardik started to rebuild the game, putting a 113-run stand. Pandya was dismissed for 40 but Virat ended unbeaten to score 82 off 53 balls with six fours and four sixes to guide his team to a four-wicket win. Virat got the ‘Man of the Match’ for his knock.