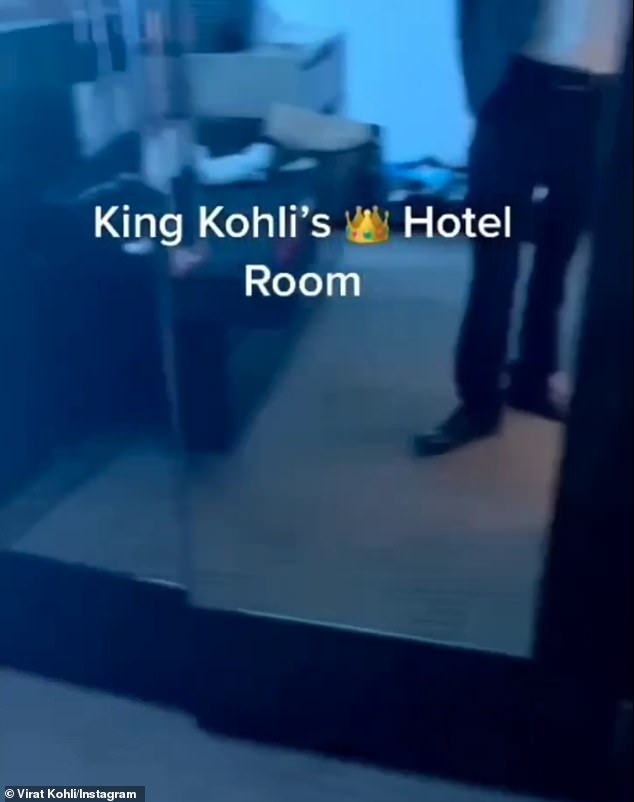 Virat Kohli has been left fuming after a disturbing security breach saw fanatical fan sneak into his hotel room and film a video.

The Indian cricket superstar took to Instagram to voice his disgust calling the intrusive act ‘appalling’ and ‘an absolute invasion of privacy’.

He shared the clip and admitted ‘It’s made me feel very paranoid’ about his safety as he takes part in the T20 World Cup in Australia.

The incident comes just days after the Indian cricket team complained about some of the food being served to players during the tournament.

The video, which has no sound, shows a close-up view of Kohli’s personal items laid out on a table next to his made hotel bed.

The camera pans the neatly arranged room, showing several pairs of shoes lined up against a wall and a suitcase packed with batsman’s uniforms before zooming in on his toiletries, medicines and supplements.

The sticky-beak peers into the immaculate bathroom and then opens the mirrored cupboard door but shuts it quickly once seeing the only things inside are a standard hotel-issue iron and safe.

At least two to three people can be seen in the room all wearing black shoes, well-pressed grey suits and white formal shirts similar to those worn by Perth Crown hotel staff, where the Indian team stayed for Sunday night’s clash against South Africa.

‘I understand that fans get very happy and excited seeing their favourite players and get excited to meet them and I’ve always appreciated that,’ Kohli said.

‘But this video here is appalling and it’s made me feel very paranoid about my privacy. 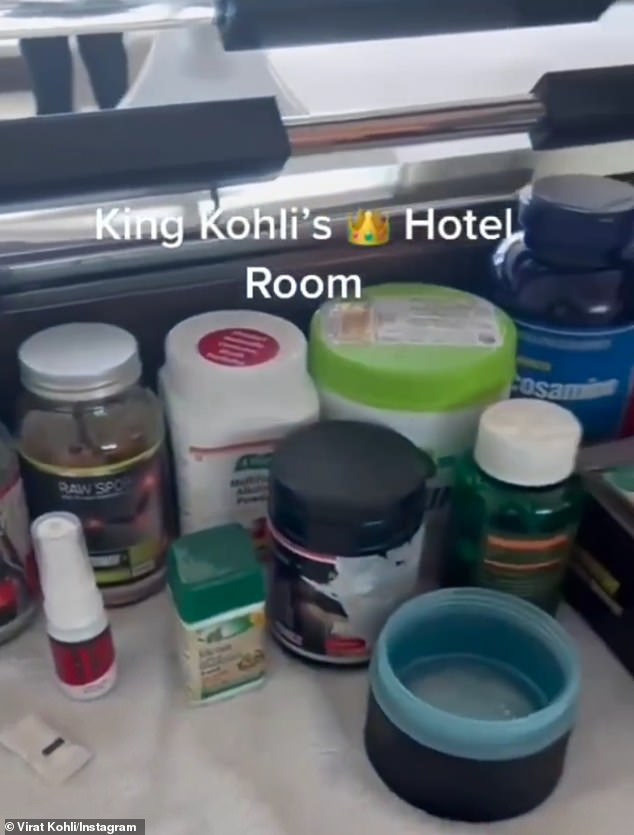 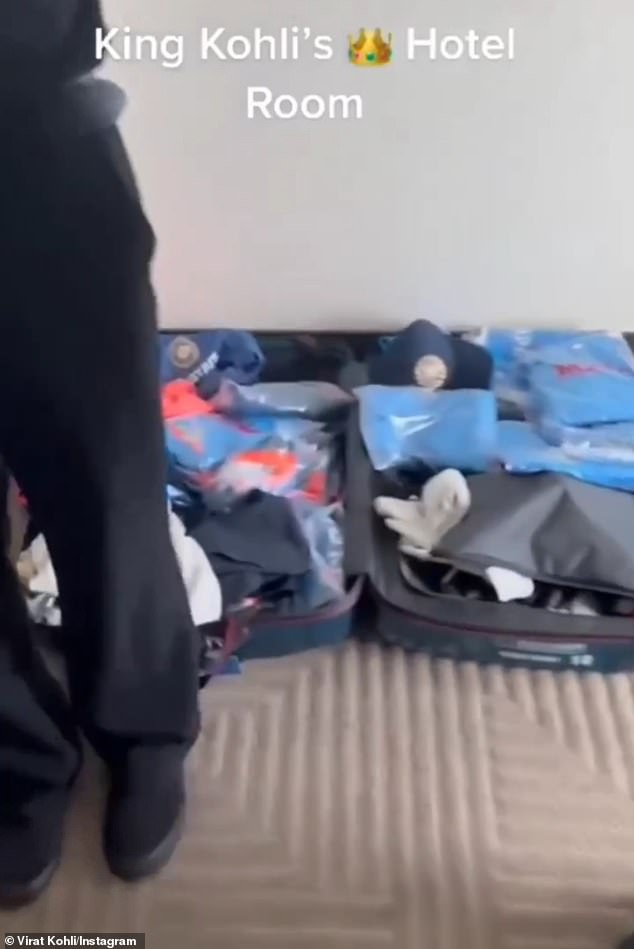 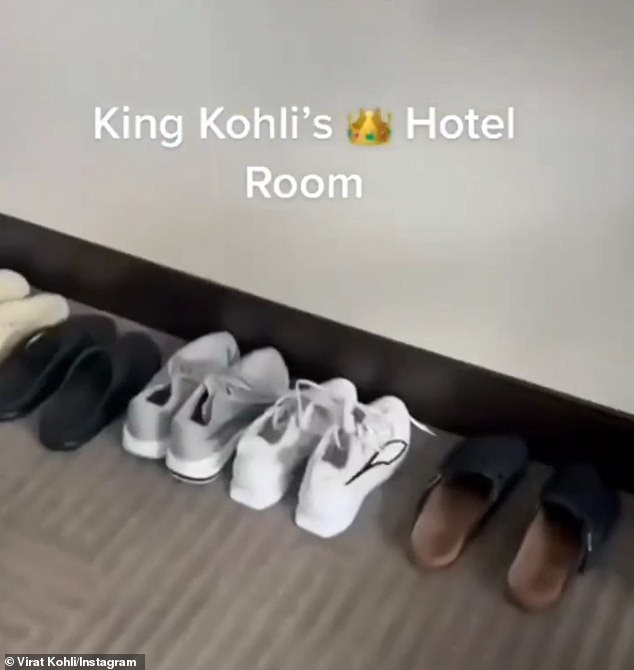 ‘If I cannot have privacy in my own hotel room, then where can I really expect any personal space at all??

‘I’m NOT okay with this kind of fanaticism and absolute invasion of privacy. Please respect people’s privacy and not treat them as a commodity for entertainment.’

‘This is really very unprofessional whom so ever did it, im assuming it must be the hotel staff only , else if its some other fans its a total disaster from the hotel management…,’ he wrote

‘WHERE IS THE SECURITY AND PRIVACY OF THE GUEST… this is very alarming @crownperth. 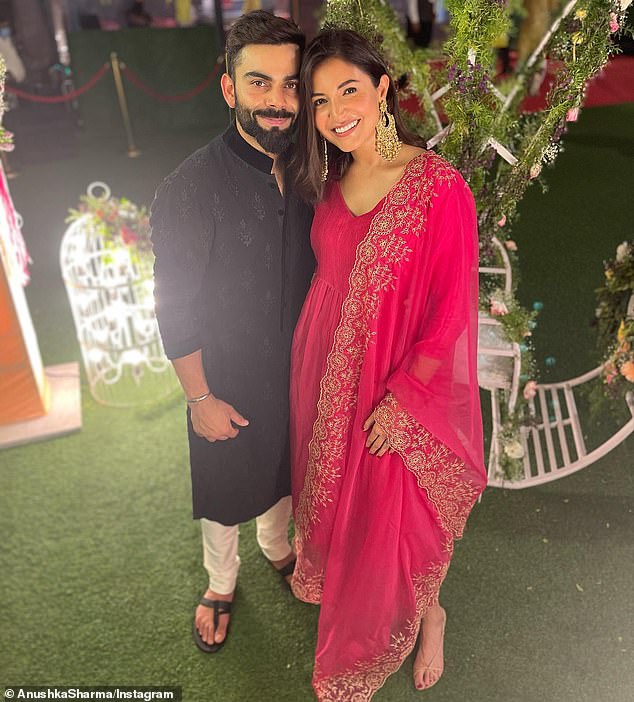 Kohli, here pictured with his Bollywood star wife Anushka Sharma, has condemned the ‘appalling’ breach of his privacy

‘This is ridiculous, totally unacceptable,’ he wrote.

Bollywood mega star Varun Dhawan, who is one of the highest paid actors in the Indian film industry, also registered his disgust.

Earlier in the week Kohli had thanked Perth Crown staff for their ‘amazing hospitality and service’. 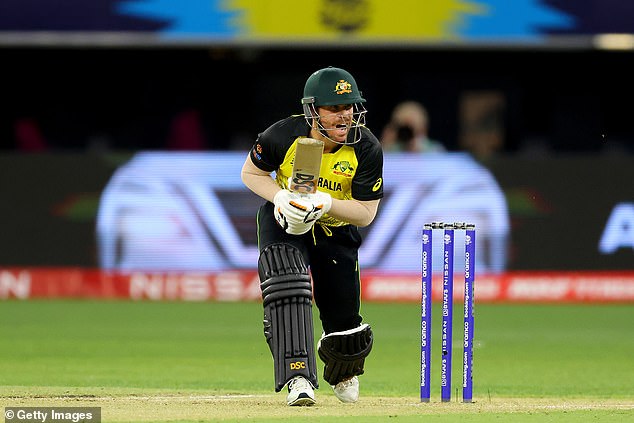 Hotel intrusions aren’t the only thing to ruffle the feathers of Indian players during their current tour to compete in the World Cup, where they have managed two wins and a loss on Sunday night.

On Monday Indian players, reportedly led by team captain Rohit Sharma and including Kohli, boycotted a lunch they said was cold and not substantial enough after a practice session in Sydney.

‘The food was not up to the mark. We can’t have a sandwich after a practice session,’ The Indian Express quoted an Indian player as saying.

The late lunch offered a ‘make your own sandwich’ option along with falafel and fruits.

It was reported the Indian squad made their dissatisfaction known to a Sydney Cricket Ground official. 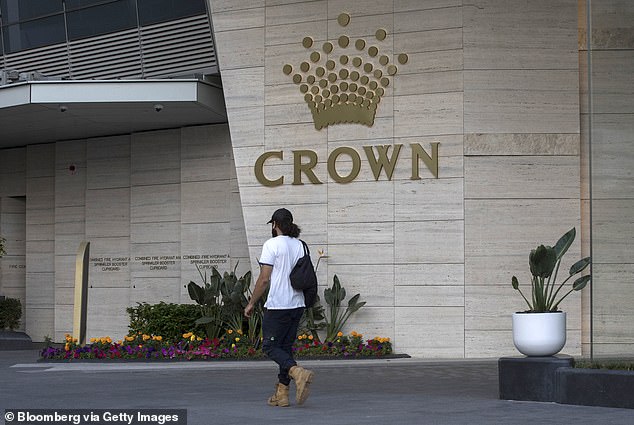 Kohli’s brother Vikas has accused Perth Crown hotel, where the Indian players stayed over the weekend, of allowing the ‘total disaster’