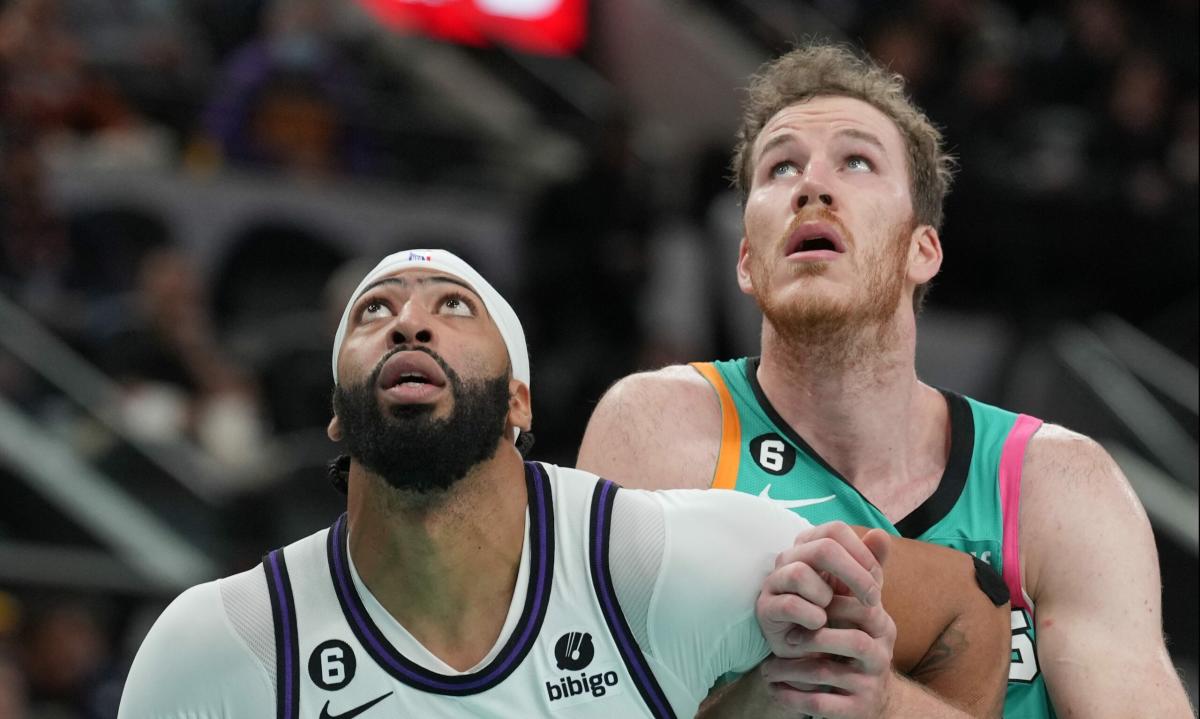 So far this season, Anthony Davis has been playing some of the best basketball of his career.

He’s averaging 26.2 points on 57.1 percent shooting (a career-high), 12.8 rebounds (which leads the NBA), 1.5 steals and 2.3 blocked shots per game. He has even improved his free-throw shooting accuracy, which had fallen the previous two seasons, to 81.5 percent.

Davis recently had an incredible streak of four consecutive games with at least 30 points and 15 rebounds.

However, there is still a feeling that Davis hasn’t supplanted LeBron James as the Los Angeles Lakers’ No. 1 option on offense.

More and more people, including ESPN analyst Kendrick Perkins, a former teammate of James, have felt Davis needs to be the team’s top offensive option since James is nearing his 38th birthday.

Former NBA star Vince Carter thinks Davis is refusing to take over consistently because he has too much respect for the four-time MVP.

“I think it’s a respect thing,” Carter said of Davis. “He respects who and what LeBron James has done in the game, but at the same time, you are allowed to and you should – nothing wrong with you respecting him – but when that guy that you respect is now trying to give you the reins and wants you to take over and be the go-to guy and he can complement you, you should take that as an honor and run with it.”

The Lakers still need a healthy amount of offense from James, but the transition must be made, if for no other reason than to preserve him and keep him fresh for what they hope will be a playoff run, not to mention future seasons.

Lakers vs. Blazers: Lineups, injuries and broadcast info for Wednesday