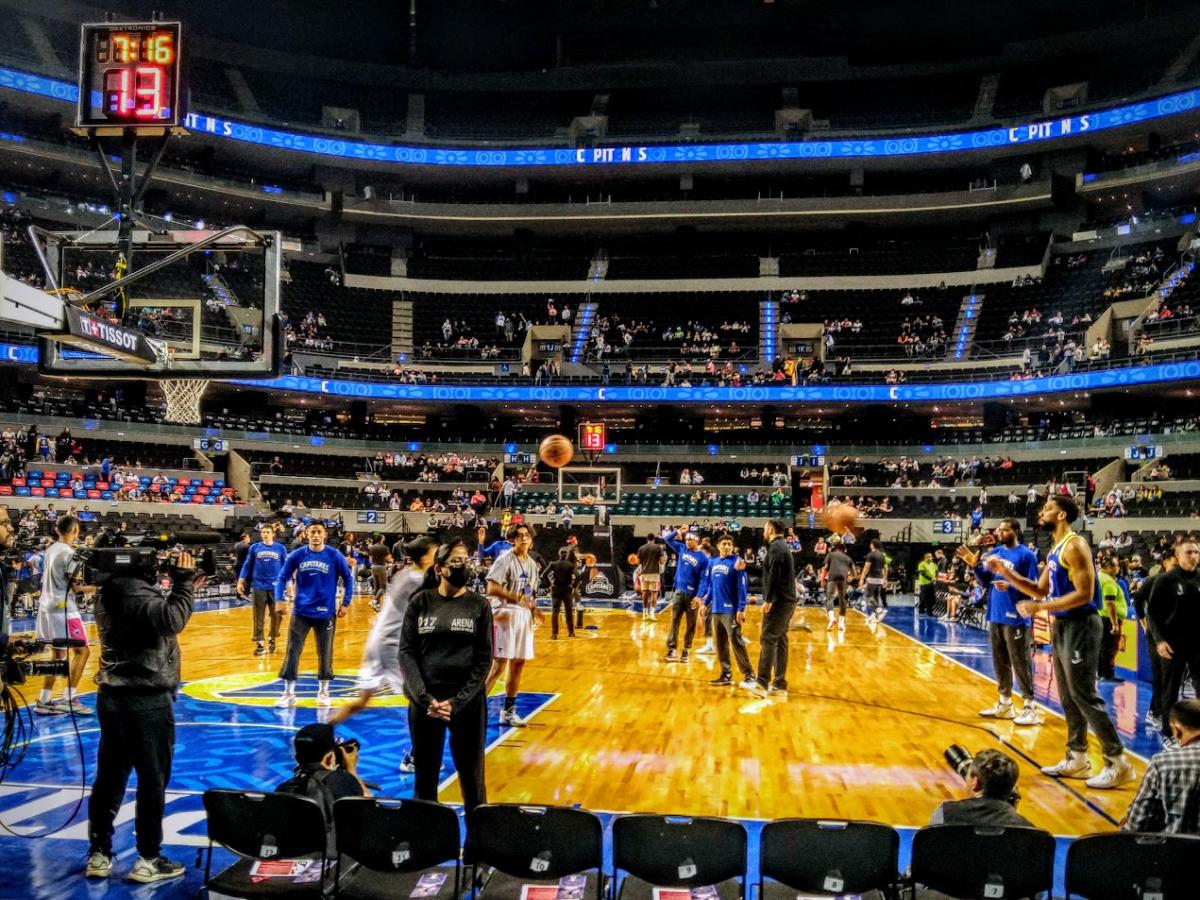 The Mexico City Capitanes played their home opener on Sunday night, a momentous occasion for NBA basketball in Mexico and the league more generally. While not the team’s first season in the G League, it was the first-ever G League home game within Mexico due to the Capitanes only playing away games last season due to the pandemic and the logistical issues it created for international play.

Perhaps auspiciously, the local team won and won convincingly against the Rio Grande Valley Vipers. The developmental affiliate of the Houston Rockets, the Vipers were the Capitanes’ foil in a 120-84 blowout that kicked off the team’s existence in Mexico as a G League squad.

The Capitanes are a G League team like no other by virtue of their location as much as their philosophy, which coach Díaz Sánchez likens to USA Basketball in its interest in developing the sport in a pan-Latin American context.

But also one that doesn’t create the sort of barriers built into national teams, both inside Latin America or which would impede the attraction of the Capitanes for former or aspirant NBAers from the US, Canada, or beyond the Americas.

“Our owners want to have a team that represents all of Latin America,” explained the coach. “If we want to have the Latin American players, we also need some NBA players to come here to Mexico to help the Capitanes.”

And help they did the Capitanes on Sunday, with guard Mason Jones going off for a game-high 32 points, with veteran Shabazz Napier adding 19 more, and 2015 No. 3 pick Jahlil Okafor 14 points and 7 rebounds.

See also  Now what for the Nets, Mavericks?

The Latin American contingent played a key part in the win as well, with forward Bruno Caboclo leading the bench with 14 points, 13 boards, and 3 blocks.

For Caboclo, the mixture of players is a synergistic one. “I think the Capitanes are good for players with different backgrounds like Jahlil Okafor and Shabazz Napier,” he explained to Rookie Wire. “We work hard together, we get better together.”

“To be able to come back up to the league and work on my craft … just playing with the Capitanes has put myself in a position to help a team win some games,” echoed Napier.

“It’s a great opportunity to see what the NBA and the G League is doing with these new teams.”

Okafor approaches his tenure with the Capitanes similarly, telling Rookie Wire that “the one obvious goal is to make it back to the NBA,” but that “while I’m here, I’m trying to get better each and every day.”

Unlike a lot of G League teams, the Capitanes have their players as a consistent part of the roster unless one gets signed to an NBA deal with no two way players, according to coach Díaz Sánchez.

“I think for the American guys who are coming, it’s a good place to play,” he explained. “We don’t have two way players, assigned players, so they are going to have a very good role with the team.”

That extended run acts as a showcase for such players trying to use their time in the G League as a means to get on an NBA roster, according to the Capitanes coach.

And given the chemistry a steadier roster can provide coupled with the consistent roles allowing scouts a greater sample of context to work with, we can see the logic behind such a perspective.

The city itself has been nothing short of a smash hit with those players as well despite the cultural differences.

“This is a part of Mexico that I’d never even imagined,” said Okafor, who had previously visited Cancun in Quintana Roo previously, but was quite impressed with the local, cosmopolitan character of Mexico City, noting the cuisine, in particular, had caught his attention.

“Everything I’m seeing is so surprising,” he related. “It’s beautiful here.”

“Living in Mexico City is different,” G League President Shareef Abdur-Rahim told Rookie Wire. “Each city in general has its own culture, its own history, its own flavor.”

Abdur-Rahim downplayed the oft-cited handwringing over safety in a metropolitan area with lower violent crime rates than many established NBA cities.

“The NBA has been coming to Mexico City for almost two decades now,” he explained, “So we feel really comfortable with that … our vetting process of putting the team in the city. That players are in a good environment, a safe environment.”

“I think that’s one of the great things about our league is in professional sports,” added the G League President. “You get to travel to these different cities in different markets, different cultures, different people, and you get to learn about different foods, different customs, different styles.”

Much like the infamous altitude of the home arenas of the Denver Nuggets and Utah Jazz, however, altitude is a factor for visiting teams to contend with, as Rio Grand Valley Viper guard Eron Gordon related after his team’s road loss on Sunday.

“It’s much harder to play here,” he offered. “There’s a big difference — the altitude could be tough.”

At over 7,000 feet (2,000 feet higher than the Nuggets’ home arena), it might explain why the Vipers jumped out to an early 13-3 lead against the Capitanes, only to see the more-accustomed home team gradually erase that lead and replace it with a blowout win.

The Vipers will have an opportunity for revenge against the Capitanes later in November when they return to Mexico City with perhaps a bit more facility playing so high above sea level.

In this league, opportunity is key, after all.

“I think the essence of our league is that it’s been a league opportunity,” explained Abdul-Rahim to Rookie Wire. “Players here and from Latin America now have a full opportunity to be developed and reach their dream of playing in the NBA.

“Fans will have a closer proximity to NBA basketball,” he added. “You’re getting to see quality NBA basketball — all of that is a great opportunity.”

One the fans and players both have overwhelmingly embraced here in Mexico City at the outset.