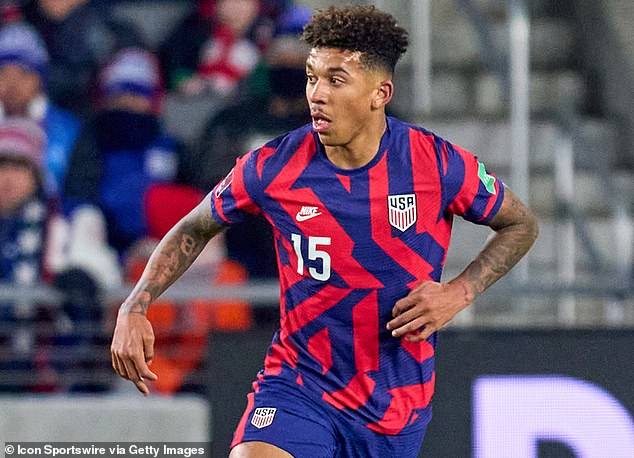 By Kate Mcgreavy For Dailymail.Com

USMNT defender Chris Richards has suffered World Cup heartbreak after revealing he cannot play in the tournament due to injury.

The Crystal Palace center back’s season has been plagued by a leg injury and he has not recovered in time to head to Qatar in less than two weeks.

Richards, who has been sidelined since August 27, announced his crushing news on his Instagram profile Tuesday.

His post read: ‘Gutted that this injury has ruled me out of the World Cup but I know that the boys will go crazy regardless… will be rooting for y’all the whole way,’ followed by a red love heart.

‘Go out and make history.’

Central defense has been one of the areas of concern for USA head coach Gregg Berhalter, who will name his 26-man roster for the showpiece tournament on Wednesday.