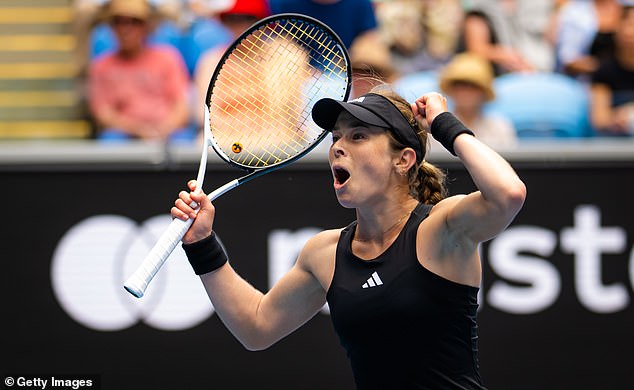 US star Katie Volynets, 21, STUNS world No 9 Veronika Kudermetova to land the the biggest win of her career… becoming the first American qualifier to reach the third round of the Australian Open in 30 YEARS

Katie Volynets produced the biggest win of her career, becoming the first American qualifier in 30 years to reach the third round of the Australian Open.

The California-born rising star’s success saw her match the achievement of Lindsay Davenport, who made the third round in 1993. 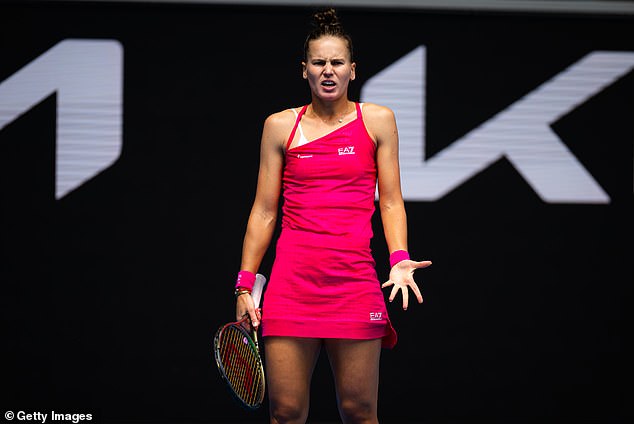 ‘I literally have the chills because the fans here are just incredible,’ Volnyets said afterwards.

‘I’ve never played in a stadium this packed and with that many people keeping the energy up for me. It was awesome.’

Volynets remains something of an unknown quantity on the WTA Tour, making just her sixth main draw appearance at a Grand Slam.

Despite having never played a top 10 player before Volynets did not look overwhelmed by the experience and took control impressively in the opening set. 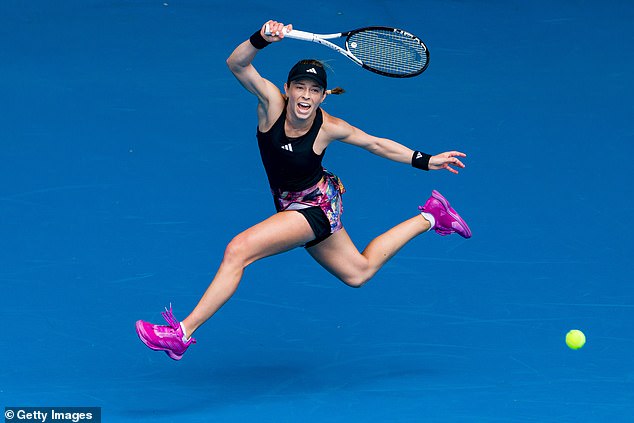 The world No 113 settled into the opening set with both players holding serve to 3-3.

But Volynets began forcing more errors and a backhand unforced error from Kudermetova put the American 4-3 up in the first, eventually going on to convert the set by saving a break point in the 10th game.

In a match that spanned two hours and eight minutes, Volynets recovered having lost her way in set two to claim victory.

She will face China’s Zhang Shuai, who defeated Croatia’s Petra Martić in straight sets, next.

Liu, 22, raced into a commanding 5-2 lead in the first set and had two set points, only to have Bencic save both and take control of the set, winning a tie-break in a 72-minute epic opener.

‘I had to really fight as my opponent was playing very well and wasn’t making it easy for me but I’m happy I stayed tough and I have another win,’ Bencic said. 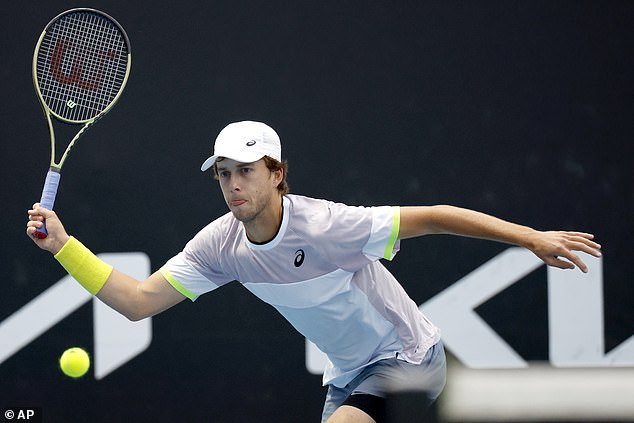 Meanwhile there was disappointment across the board for more of the American contingent as Holger Rune defeated Maxime Cressy, Brandon Holt lost 4-6, 2-6, 6-3, 6-2, 6-2 to Roberto Bautista Agut, Shelby Rogers lost to Aryna Sabalenka and Taylor Townsend lost out to 19th seed Ekaterina Alexandrova of Russia.

On Thursday attention will turn back to Mackenzie McDonald, conqueror of world No 2 Rafael Nadal in the previous round, as he faces Yoshihito Nishioka of Japan.

On the men’s side, Frances Tiafoe and Sebastian Korda are also flying the American flag in the early hours of Friday.

On the women’s side there will be plenty of attention on top American seed Jessica Pegula, as she faces Ukrainian Marta Kostyuk, while it’s an all-US affair as teen sensation Coco Gauff takes on Bernarda Pera.