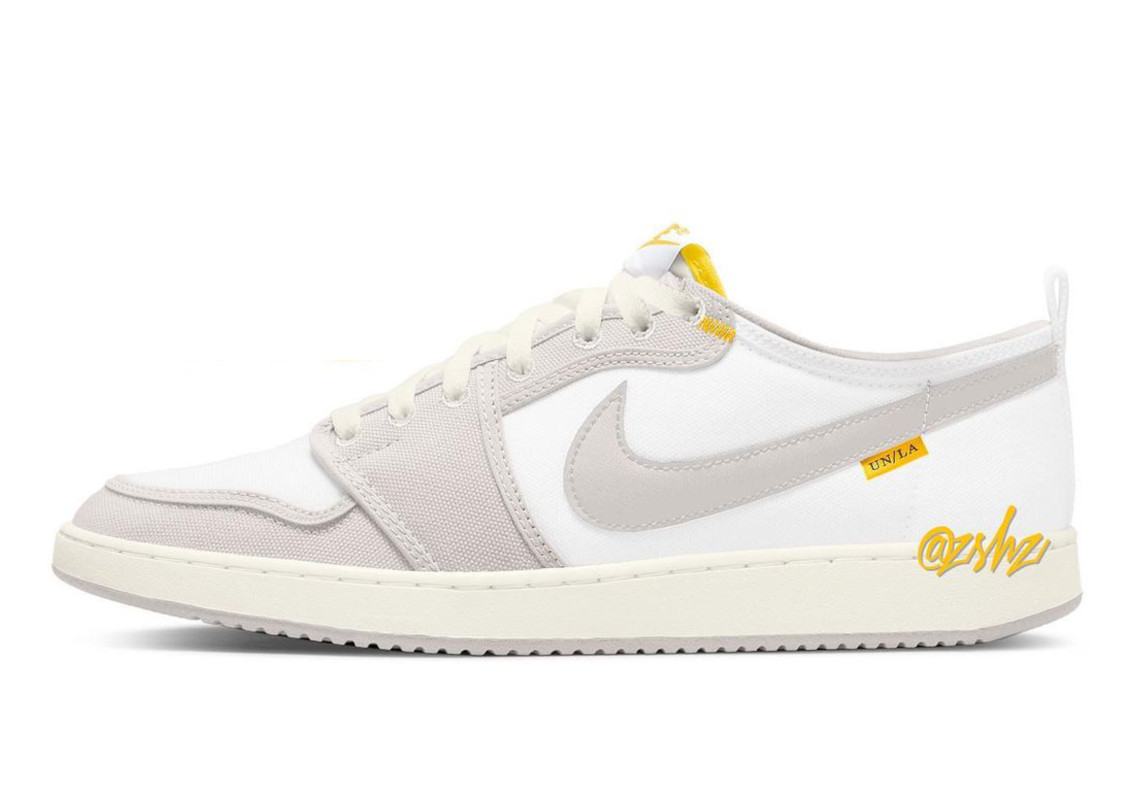 Union Los Angeles has become a go-to partner for Team Jumpman over the last handful of years. Ahead of the year’s holiday season, the Chris Gibbs-led cohort has been linked to an Air Jordan 1 KO Low in “White” and “Neutral Grey.”

A stark departure from its Air Jordan 1 duo from 2018, the upcoming sneakers reportedly feature a two-tone canvas upper, with the boldest of contrast arriving in the form of Union’s “University Gold” labels on the lateral profile. “Nike Air” logos are expected to also animate the tongue, while the remainder of the shoe opts for a a clean greyscale finish that may nod to the original “Natural Grey” (not “Neutral Grey”) makeup that graced the first Air Jordan back in 1985. Gibbs and team may have special details “under the hood,” as was the case with the “Passport” Dunks from earlier in the year, but that’s yet to be seen.

Enjoy an extremely early mock-up of the shoe ahead, courtesy of @zSneakerHeadz, and anticipate official details of the collaboration before 2022 ends. (As always, unofficial mock-ups are likely to differ from retail versions of the pair.)

In related sneaker news, the Air Jordan 11 “Cherry” is set to release in December.