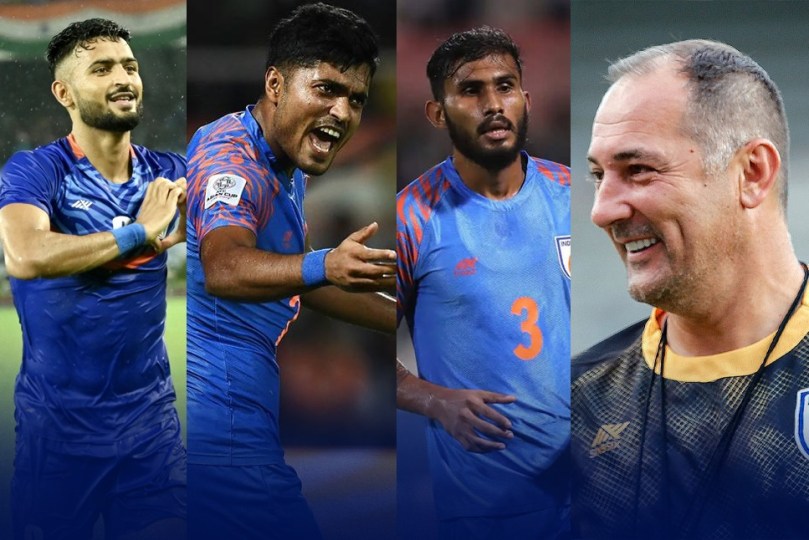 IND vs SGP LIVE: India in Hung Thinh Tournament – India football is over the turmoil and the new body of AIFF…

IND vs SGP LIVE: India in Hung Thinh Tournament – India football is over the turmoil and the new body of AIFF wants results. They have sent a strong message to head coach Igor Stimac already and it has been reflected in his 23-member squad for friendlies against Vietnam and Singapore. Stimac’s squad includes some unexpected omissions. Veterans like Subhashish Bose and Pritam Kotal were shown the door while striker Manvir Singh too didn’t get a place. Follow India vs Singapore Live Updates on InsideSport.IN

AIFF while extending Stimac’s contract till Asian Cup made it clear that he must take India to quarterfinals, a big ask considering India’s recent poor performances. But with his selection of the squad, he has made it clear that he is ready to look beyond ISL and probably even at I-League in future.

IND vs SGP LIVE: What are the BOLD changes?

Here are the 2️⃣3️⃣ #BlueTigers 🐯 🇮🇳 who will travel to Vietnam 🇻🇳 to take part in the Hung Thinh Friendly Football Tournament 🙌#BackTheBlue 💙 #IndianFootball ⚽ pic.twitter.com/4Ac5D4hDVJ

During the AFC Asian Cup 2022 qualifiers, Igor Stimac made a noteworthy comment about Manvir Singh, specifically after the win over Cambodia. Three months later, Manvir has fallen out of favour with the national team and is no longer as important to Stimac as he once was. While he has time and again advocated for looking forward and move past Sunil Chhetri, dropping Manvir Singh doesn’t serve the purpose.

He was dropped due to his recent underwhelming performances, including those in the Durand Cup and the loss to Kuala Lumpur City FC. Manvir must bring consistency to establish himself as a dependable forward. The poor performances from ATK Mohun Bagan squad in recent times also caused Ashish Rai to lose his place in the National Team along with Kerala Blasters youngster Hormipam Ruivah.

Igor Stimac’s selections of players for the friendlies highlight a very important positive aspect of the coach. It showcases coach’s evolution mentality and how is preparing India in advance for future. The abundance of young agile players in the declared squad aids to the point. Stimac dropping the players over stale performances would at the same time force the players to work to earn a feat in The Blue Tiger’s Jersey.