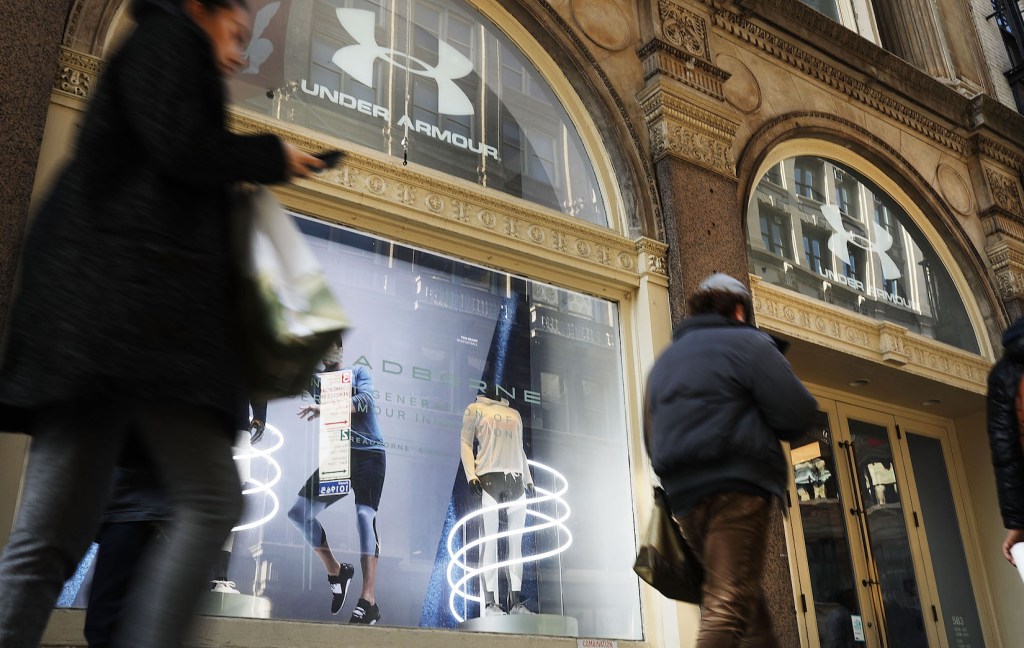 A federal court in Maryland ordered women’s active lifestyle brand Armorina to change its name, settling a trademark infringement lawsuit with Under Armour nearly four years in the making.

Judge Deborah Broadman ruled on Jan. 17 that Armorina may continue to make and sell its products under a non-infringing name, but will no longer use the moniker in any form. The jury’s verdict found the New York-based company liable of trademark infringement, unfair competition and brand dilution, citing “irreparable harm” done to the Under Armour business.

“Defendant Armorina Inc. ‘infringed by using its Armorina mark in a manner likely to cause confusion about the source, affiliation, sponsorship, or approval of its products with Under Armour and/or its Armour mark, Under Armour mark, marks containing Armour, and/or asserted family of Armour marks,’” the judgment said.

“Under Armour is grateful that the jury acknowledged its considerable trademark rights and found that Armorina violates them,” a company spokesperson told Sourcing Journal.

Armorina has not returned Sourcing Journal’s request for comment.

The jury also found that Armorina began using its trademark well after Under Armour become famous and as a result, it is “likely to cause dilution of the Under Armour trademark.”

As part of the judgment, Under Armour was awarded $1 in damages.

Under Armour sued Armorina in 2019, a year after the activewear brand was founded. Soon after its launch, the startup applied for a trademark for the Armorina name for its athletic tights, bras, headbands, leggings, pants, shirts, shorts, swimwear and sports bras.

Baltimore-based Under Armour objected to Armorina’s application, sending a cease-and-desist letter to the defendant to voluntary abandon the trademark. Armorina did not comply with Under Armour’s request, and has since sold apparel and accessories under its brand name.

Under Armour’s complaint highlighted its registered marks including Gameday Armour, Baby Armour and Armour Stretch, all of which are tied to products and services it provides. The company said these trademarks are examples of many that consumers have come to associate with the Under Armour brand.

In response to the lawsuit, Armorina founder Juliet Huang started a Change.org petition to stop what she described as Under Armour’s “corporate bullying tactics”. In the petition, Huang repeatedly called the lawsuit and Under Armour’s claims “meritless” and claimed that the case was “financially impossible for small businesses to defend.”

Huang said such a lawsuit could cost up to $500,000 in legal defense fees.

In a motion for summary judgment in 2021, Armorina explained that Huang was “inspired by seeing suits of armor at the Metropolitan Museum of Art while in school.” She then “creatively combined the words ‘armor’ and ‘ballerina’ to form the unique name for her nascent company, Armorina.” Additionally, Huang said in her testimony that she was only vaguely aware of the Under Armour brand when launching Armorina.

Huang said that she retained a trademark attorney to ensure appropriate applications to the U.S. Patent and Trademark Office, and hired a company to craft the Armorina logo, with the intent to design a logo that resembles Kate Spade’s in that “it has a logo with a name underneath it.”

Armorina claimed in the motion that Under Armour hadn’t shown specific instances where consumers were confused about the source, affiliation or sponsorship of the products it sold.

Despite Huang and her business’s arguments, Under Armour prevailed in the four-day trial on Jan. 9-12.

The judge threw out one of Under Armour’s allegations of “cybersquatting,” which accused the defendant of registering the armorina.com domain name with a bad-faith intent to profit from Under Armour’s Armour marks. The Adidas and Nike rival, which boasts partnerships with decorated athletes including Tom Brady, Stephen Curry and Lindsey Vonn, had been seeking as much as $100,000 in damages for the registration and use of armorina.com.

Under Armour’s win comes as one of its biggest competitors took a major trademark loss. Earlier this month, Adidas lost a high-profile trademark infringement lawsuit it filed against Thom Browne on accusations that the luxury fashion brand was copying its distinctive “three stripes” design with its own four-stripe look.

The dispute’s origins went back to the mid-2000s when company founder and namesake Thom Browne first sought to insert a “sporting influence” on his label’s designs. Adidas filed the infringement complaint in June 2021 claiming consumer confusion after the Thom Browne label further dipped its toe into sportswear, particularly inking a deal with European soccer club FC Barcelona.

Another major athletic-related trademark infringement case between footwear sellers Puma and Brooks remains ongoing. Puma has alleged infringement on two fronts: on the design of its Nitro-branded shoes, and Brooks’ use of the word “Nitro” in its own nitrogen-infused foam technology. In September, Brooks settled another lawsuit filed against it by Skechers, in which the latter argued that Brooks had copied its “S” logo design.