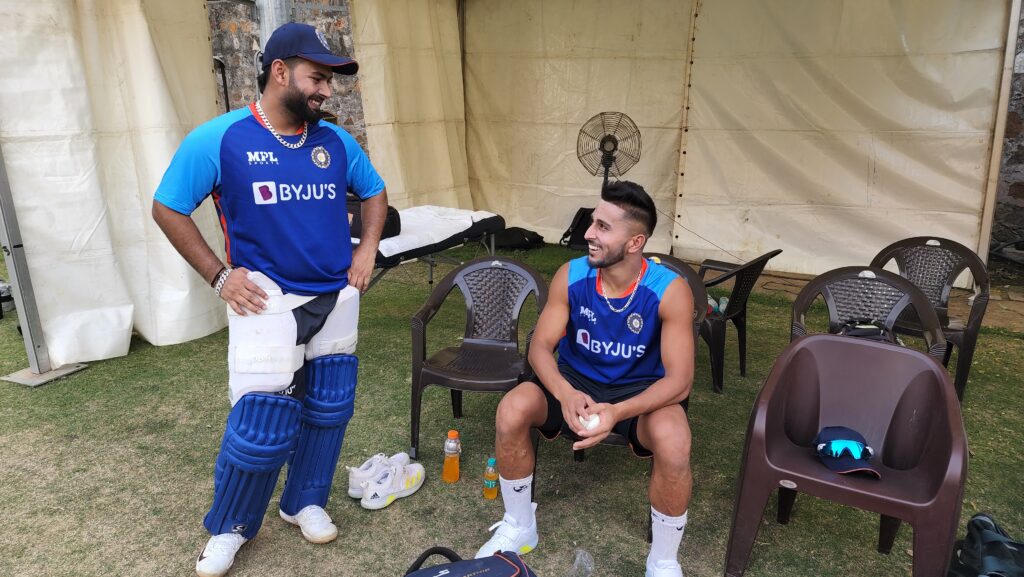 Rishabh Pant, who will lead India in the five-match series beginning on Wednesday, believes Umran would learn to control his aggression over time.

Umran Malik is a young pacer who has recently attracted a lot of notice. Fans are looking forward to seeing him play for the Indian cricket team. Umran took 22 wickets for SunRisers Hyderabad in the IPL 2022 season and has been included in India’s T20I team for the series against South Africa, which begins on Thursday at Arun Jaitley Stadium in New Delhi.

“He is an amazing prospect for us. But over a period of time, he will learn how to control his aggression, his line or length. He has bowled nicely in the IPL, but going forward we will see him in flying colours I guess.

But it is going to take time I guess so till the time we are thinking as a team, people who have come first, we will look to give them early chances,” said Pant during a press conference on Wednesday.

Pant was appointed as the skipper for the T20I series against South Africa on Wednesday, after KL Rahul was ruled out on the day of the match due to a groyne injury. Hardik Pandya, the IPL’s  winning captain, will be Pant’s deputy in the series.

KL Rahul and Kuldeep Yadav’s replacements have yet to be picked by the selection committee. Both cricketers will now report to the NCA, where the medical experts will further analyze them and determine their treatment options.

Difficult To Give Playing Time To Everyone: Rishabh Pant

When asked how he views Deepak Hooda fitting into the bigger picture, Pant said: “See as of now, we have discussed as a team and management, that we will try to give as many opportunities to people, that is the only thing we can do. When you have a large squad, it is difficult to give everyone the same amount of playing time.”