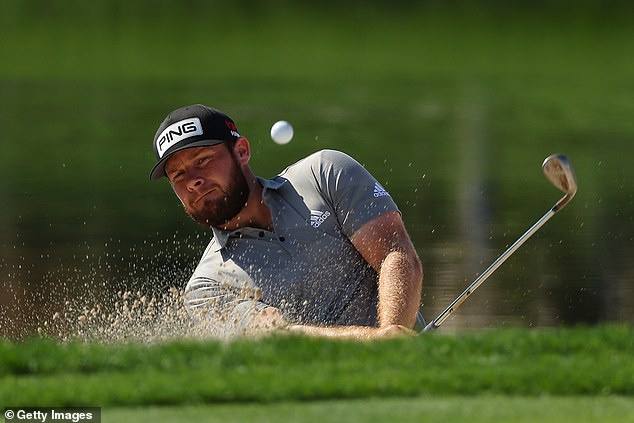 Tyrrell Hatton was smiling broadly on Friday and not just because he posted an impressive halfway total of seven under par to move into contention heading into the weekend at the Arnold Palmer Invitational.

The Englishman is thankful to have made a full recovery from a nasty bone graft operation on his jaw that rendered breaking into a grin all but impossible for over four weeks.

‘Just look at that!’ he said, pointing to a rather gory picture on his mobile phone, shortly after the operation took place early last month.

If truth be told, Hatton’s golf was also a bit of a horror show at times.

The 30-year-old’s exquisite short game saved him time and again as he posted a 68 to add to his first round 69 in Florida.

Only one man from the morning wave scored lower, as Viktor Hovland carded a fine 66 for nine under.

‘I’ll have to play a lot better than that over the weekend to stand any chance,’ insisted Hatton, drawing a typically pithy verdict from his caddie Mick Donaghy.

‘The tour is full of guys who think they’ve played well and shot 75, and they’re on their way home,’ the astute Scot told Hatton. 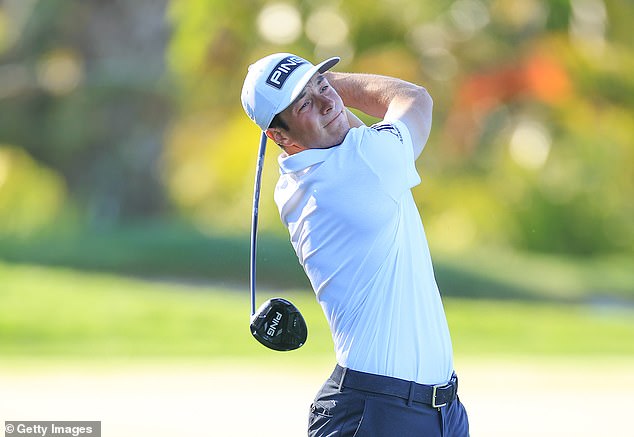 This was the scene of arguably Hatton’s finest win to date in 2020, and the last English victory on the PGA Tour. Hatton slipped from seventh in the world at this event last year to 23rd but appears to be picking up from where he left off before his operation, after two encouraging top-six finishes during the Middle East swing in January.

Hovland, of course, was the man who stole one of those events, the Dubai Desert Classic, from under the nose of Rory McIlroy, and perhaps wasn’t the name the Northern Irishman wanted to see at the top of the leaderboard as he began his second round.

The 24-year-old Norwegian — who turned pro on the same day in 2019 as Collin Morikawa — has moved already to world No 4.

He is clearly destined for the summit sooner rather than later.

Ian Poulter couldn’t build on his promising 68 on day one, posting three bogeys in his final four holes for a costly 75. Fellow Englishman Paul Casey fared better with a 70 for three under, the same mark as Scotsman Martin Laird, who won this event in 2011.