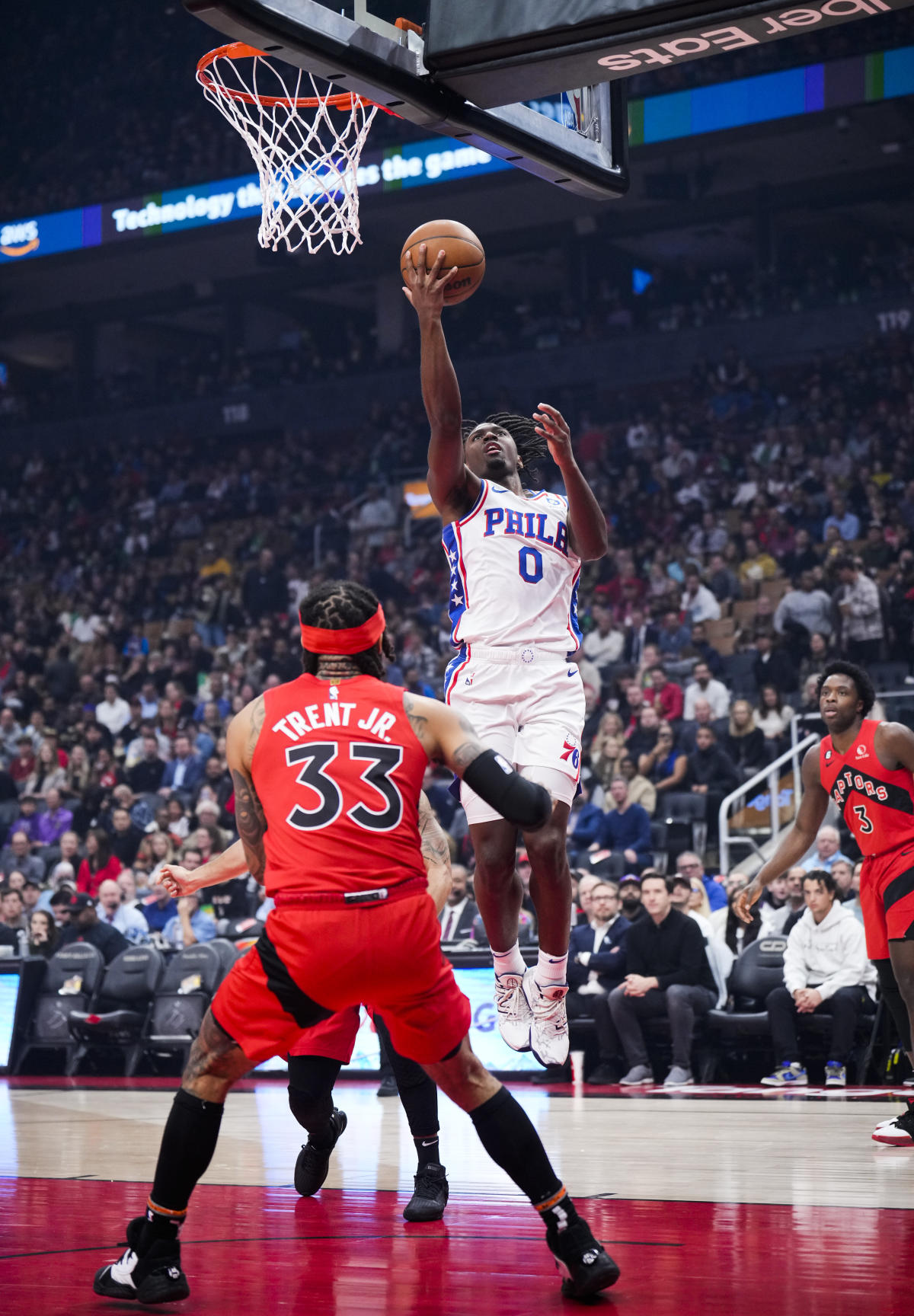 The Philadelphia 76ers had gotten off to a tough start to the 2022-23 season as they were sitting at 1-4 after a bad loss to the Toronto Raptors to start the 4-game road trip. They had a rematch with the Raptors on Friday and they had to try and get a win without Joel Embiid who was out nursing a knee issue.

Without Embiid, the Sixers relied on Tyrese Maxey who stepped up in a huge way to pour in a career-high 44 points in a 112-90 win over Toronto on Friday.

While Maxey had one incredible night, his focus was and is on getting this team moving in a positive direction again after the slow start.

See also  Do Lakers have other trade options that haven’t been reported?

“We know we’re gonna be fine,” Maxey told reporters. “As a collective, we know, but we gotta start winning some games. I think tonight (Friday), it was just we were really locked in on the defensive end and we held them to 90 points and we got rebounds. They crash the glass extremely hard in the way they play. We were small so everybody had to buy in and get boards tonight. It was really good for us on the defensive end.”

Maxey had eight rebounds of his own so the fact that he was sticking his nose in there and grabbing rebounds was a huge factor in getting Philadelphia on the right track on Friday. Now, the key is to take this effort and carry it with them so they can keep moving forward.

Matisse Thybulle discusses getting back in rotation for Sixers in win