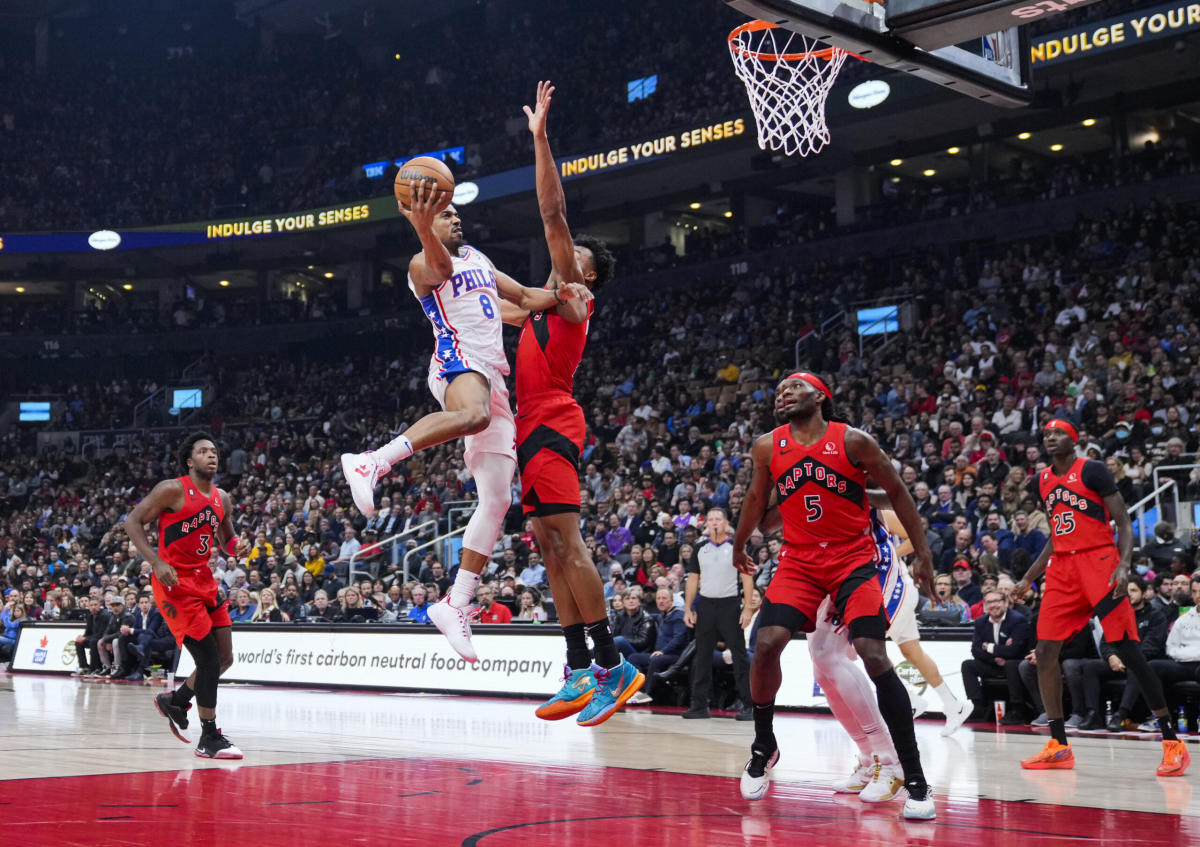 The Philadelphia 76ers are off to a tough 1-4 start following a 119-109 loss to the Toronto Raptors on Wednesday to start off a 4-game road trip, but they have been able to receive good play from new addition De’Anthony Melton.

The reserve guard is bringing some tough defensive moments off the bench and he is also knocking down the 3-point shot at 42.9% in these first five games. He is averaging 7.4 points and 1.6 steals off the bench in order to do his part to help Philadelphia get back on track.

In Toronto on Wednesday, Melton had to defend many different players from Fred VanVleet to Gary Trent Jr. to OG Anunoby and he also had to take on the bigger players as well.

“His shooting is really good for us,” Tyrese Maxey told reporters. “For him to be able to catch a shoot the way he does is really great. Then what he brings on the defensive end. He’s bringing intensity. He’s guarding whoever’s on the court. Guarding guys like VanVleet and he guarded Trent, switched on Anunoby a couple of times, and his pressure and his intensity and the different change of pace that he brings is good for us.”

Melton is going to continue to play his game and be the best he can be in order to help Philadelphia figure all of this out. Maxey, who had 31 points on Wednesday, added that this will still take time out on the floor.

“I just try to go out there help us win in all facets of the game,” Maxey added. “Shoot the ball when I’m supposed to shoot. Pass when I’m supposed to pass. That’s really it. We’re all still trying to figure it out. We got, I don’t know, maybe three or four new rotation guys. So it’s hard. It’s hard and once we figure it out, it’s gonna be great.”