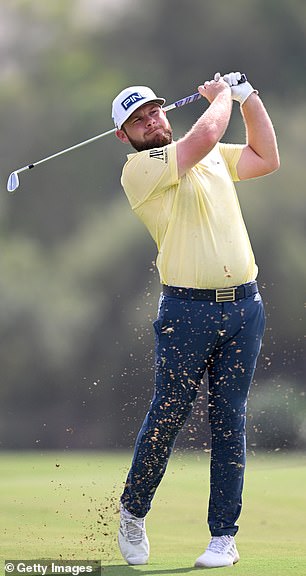 If he keeps going like this, Tyrrell Hatton might just find some peace of mind. For all his introspection and angst, one of golf’s more temperamental souls is jointly setting the pace after two rounds of the European circuit’s Tour Championship in Dubai.

It is a position he shares on 12 under par with Matt Fitzpatrick, meaning two Englishmen lead this strong field after matching loops of 67, though there will perhaps be a glance over the shoulder at Rory McIlroy, who is seven shots off the pace but quickly shedding the rust of his first round.

See also  DEREK LAWRENSON: Ten months after his fairytale success, Bland is dreaming of making it to Augusta

The world No 1, resuming at one under, was heading for another mediocre tally, only to burst into life on the final three holes at the Earth Course, with two birdies followed by a stunning four iron from 225 yards on 18 to set up a tap-in eagle. 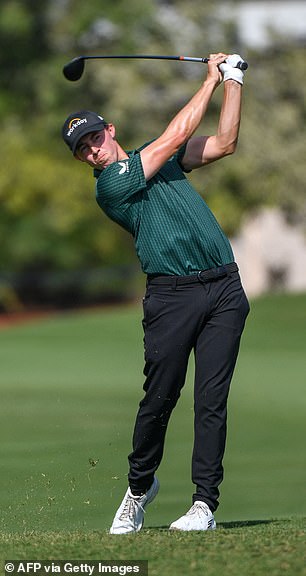 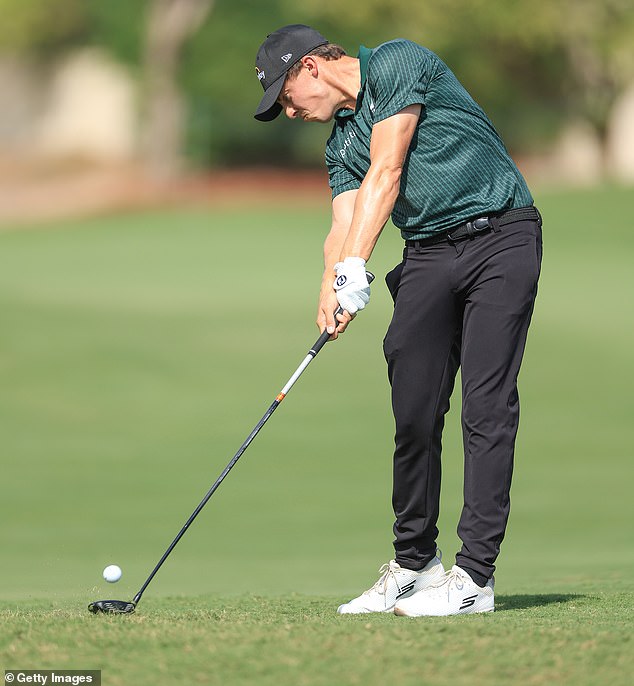 Hatton is on 12 under par with Matt Fitzpatrick (pictured), meaning two Englishmen lead this strong field after matching loops of 67.

While the deficit to his Ryder Cup team-mates may prove too large in his primary aim of winning the tournament, it sharpens his prospects in his secondary goal of the Harry Vardon Trophy, awarded to the player who tops the DP World Tour’s season-long rankings.

See also  Could Tiger Woods pull off a miracle and still play at the Masters?

He has held the spot since July, but if Fitzpatrick wins here for a third time, McIlroy will need to finish in the top two to hold him off.

‘Fitz is obviously making it more difficult for me,’ said McIlroy, who reported no awkwardness in his pairing with occasional LIV player Adrian Otaegui. 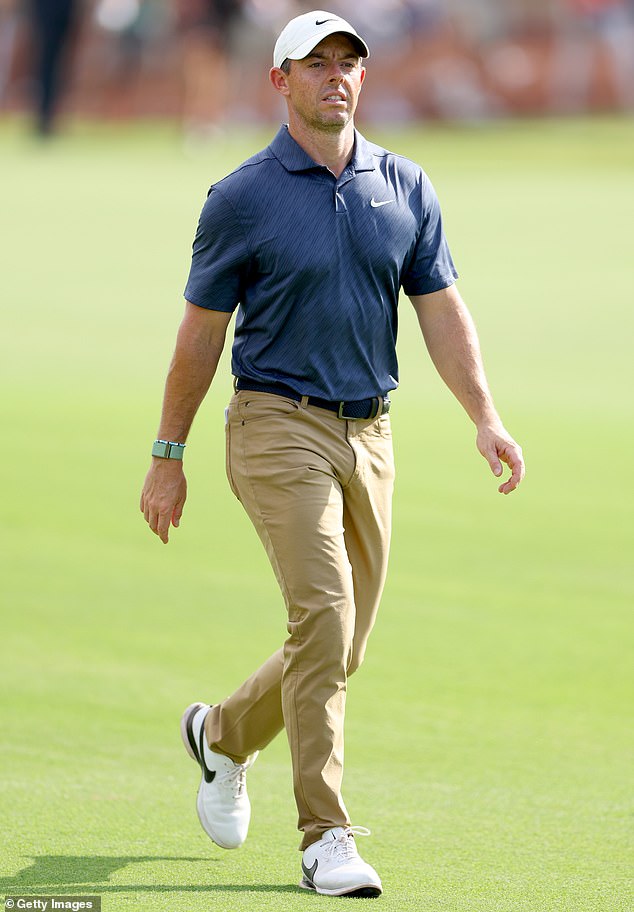 ‘As long as Fitz keeps playing well, I’m going to have to play better. It’s a good challenge coming up the last 36 holes, and I at least feel like I’ve still got something to play for here. It was nice to finish with a flourish.’

Hatton had declared himself ‘raging’ after wrapping up his opening 65 with a bogey on 18, but was more satisfied with a 67 in the second, which included a penalty drop on his way to salvaging par at the last.

It was at that hole in the final round in 2016 where a bogey saw him pipped to this title by Fitzpatrick and they are again in battle. 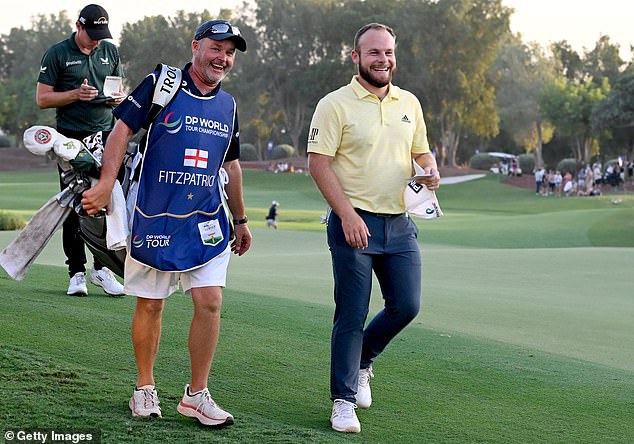 ‘I’m more level-headed compared to yesterday,’ Hatton said. ‘That 18th hole has been pretty harsh to me over the years so it owes me a few shots. Maybe this weekend it will give them to me.’

After an impressive round with only a single bogey, which is no small feat on a course with such dense rough, Fitzpatrick revealed he has been trialling a new virtual reality tool that provides a read on the greens.

‘It is basically cheating and obviously not legal for tournaments,’ he said. ‘Hopefully it will help me develop my green reading as a skill.’