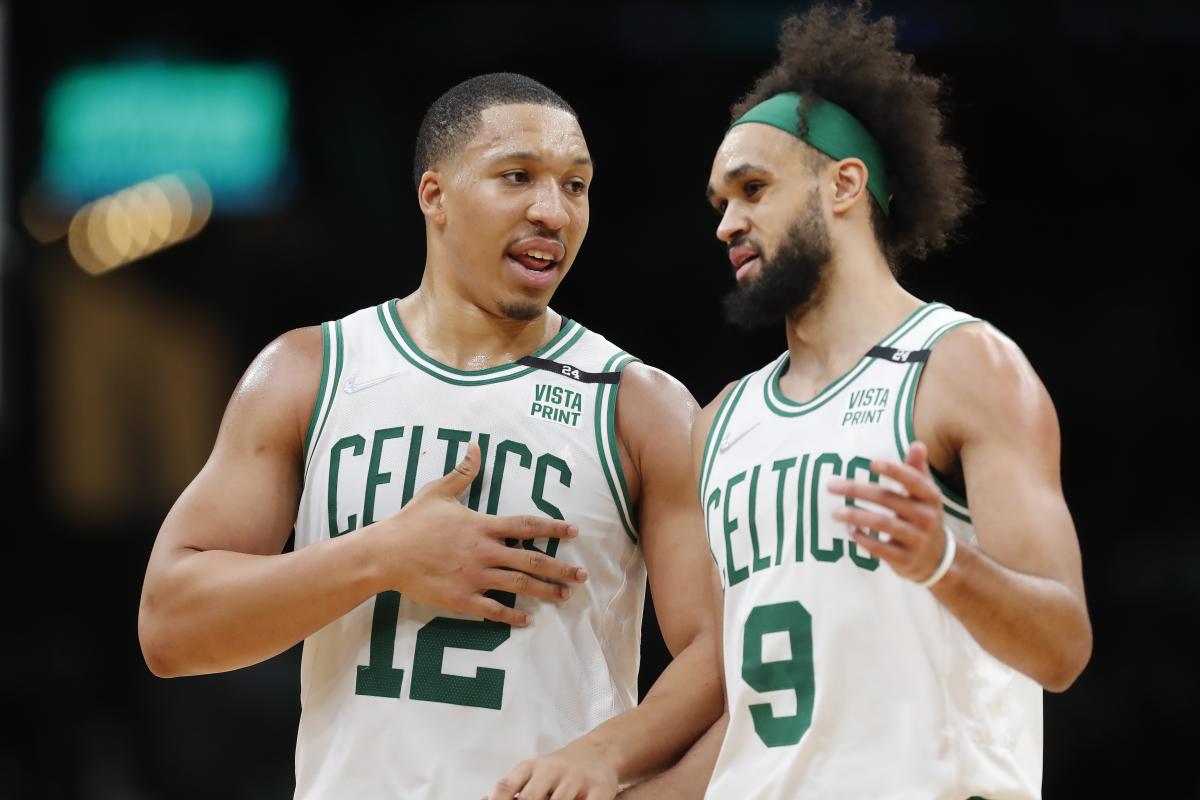 Has the panic started to set in? Between surprise injuries and underperforming stars, Week 1 fantasy managers will be itching to hit the wire, so below, I have some recommendations heading into Week 2. Most players listed will be under 50% rostered (with a few exceptions), but I’ll also provide some category specialists for those with specific needs.

Before making any pickups, I always peek at the schedule on Sunday to determine which players have the most games played for the upcoming week. Here’s a listing of all the teams and their amount of games heading into Week 2:

I try to maximize my pickups by targeting days with lighter slates — typically on Tuesdays and Thursdays each week. Depending on your roster size, you’ll likely have to make challenging start/sit decisions on the days with larger slates (Monday, Wednesday, Friday and Saturday). But that doesn’t mean it’s not worth it — for the right players.

Okay, now that you know when teams play and when it might be best to utilize them, let’s get to the pickups.

What are we doing here, people? Let’s get Derrick White over the 50% roster threshold immediately. He’s the starting shooting guard for the Boston Celtics! I know he looked rough in the season opener, but it’s been trending in the right direction since then. So much that he broke out of his mini-slump to the tune of 27 points (10-17 FG, 5-9 3PT) with four rebounds, four assists, one steal and zero turnovers in 37 minutes against the Magic on Saturday. But White’s appeal isn’t his scoring; it’s his stocks. He swatted three shots against Miami on Friday, and his career averages are almost a steal (0.8) and a block per game (0.8). Boston has a deep backcourt, and while his minutes may fluctuate from game to game, he should be rostered in all leagues because of his defensive upside, low turnover rate, and ability to collect counting stats for points, assists and threes. He’s 53rd in per-game value through the first week of the fantasy basketball season.

Another member of the Boston Celtics makes the list of pickups despite coming off the bench in his first few games to start the season. With Robert Williams III out indefinitely and Al Horford being underwhelming Al Horford, Grant Williams will continue to be a fixture of the Celtics rotation. He’ll be a restricted free agent this summer (a nice motivational boost) and will have plenty of suitors in the market as a two-way wing who can guard multiple positions and hit threes at a respectable rate (38% for career). While Williams is probably a better real-life player than a fantasy asset, he still does enough to warrant your attention. It’s early, but he’s 34th in per-game value through Week 1 with averages of 12.7 points, 4.7 rebounds, 1.7 assists, 2.7 threes and 1.3 blocks. His shooting splits are ridiculously high, 86/80/86, and that won’t hold, but his minutes are encouraging (26.8) — especially with Horford playing so poorly. He is excellent bench depth for your fantasy team and should be rostered in all 12-team formats.

Stock tips? In this economy? Look no further than Royce O’Neale. The Nets starting shooting guard compiled nine stocks in his first two games. That’s right, an average of 4.5 steals and blocks! He’s never been a sexy name in fantasy hoops, but he’s been fantasy relevant for years. He’s finished as a top-100 player in the last three seasons in part because he plays a lot of games (only missed nine contests in his previous four seasons, or 3%) and quietly tallies a considerable amount of counting stats across categories. He’s already carved out a promising role with the Nets, averaging 36.5 minutes in his first two games with 8.5 points, 5.5 rebounds, 3.0 steals, and 1.5 threes. His field goal percentage won’t hurt you because he doesn’t get much volume playing alongside such ball-dominant, high-usage All-Stars. And that’s the beauty of Royce. He’s always available and remains an underrated source of steals, blocks, and threes. Now, he is benefitting from the absence of Seth Curry and Joe Harris being brought along slowly, but as long as his minutes are there, he’s worth a roster spot in all formats.

Terrence Ross is one of the streakiest fantasy basketball players known to man, but when he’s hot, he’s worth streaming in deeper leagues. He’s starting at shooting guard and currently earning 34.1 minutes per game. Ross can be a valuable source of points and threes, as evidenced by his averaging 17.7 points with 4.0 rebounds, 1.3 assists and 3.0 threes through the first few games. He can easily have an off night, but with the Magic playing four games this week, he’ll be helpful to fantasy managers in 12-team formats. He’s currently 42nd in per-game value.

The private offseason workouts are paying dividends for Dennis Smith Jr, who’s found his way into fantasy relevancy with injuries to LaMelo Ball (ankle) and, recently, Terry Rozier (ankle). Rozier was in a walking boot after Friday night’s game, but Hornets head coach Steve Clifford and Rozier acknowledged that it’s not severe, while admitting that they’ll “need to be smart.” DSJ started in place of Rozier on Sunday and produced 18 points (8-16 FG, 1-2 3PT) with six assists, two rebounds, three steals, one block and two turnovers across 33 minutes in a victory over the Atlanta Hawks.

Smith averaged 1.1 steals per game in his six-year career, but he often struggled with shooting efficiency. Not this year! Through three games, he’s shooting 56.7% from the field and 71.4% from beyond the arc. Those numbers aren’t sustainable, but I’m encouraged that he’s getting to the basket with ease and taking high percentage shots — 11 of his 17 FG’s have come at the rim. In the short term, he’s worth adding as long as Rozier or Ball is out. DSJ is averaging 13.3 points, 4.7 assists, 2.0 rebounds, 2.7 steals, and 1.0 blocks in 25.7 minutes per game. And surprisingly, he is 29th in per-game value despite coming off the bench in two of his first three games this season. There’s been no clear timetable for Rozier’s return, so pick DSJ up asap. The stocks he provides from the guard position alone make him a great addition in all fantasy basketball formats.

See also  Do Lakers have other trade options that haven’t been reported?

Brandon Ingram left Sunday’s game with concussion-like symptoms, so Trey Murphy may find himself getting starters minutes for the upcoming week. There’s been no update on Ingram’s status (or Zion Williamson’s hip contusion) at the time of publication, so I’m proceeding as if Murphy will be the guy to step up if Ingram misses time. Murphy’s been solid thus far, producing almost top-50 per-game value the first week of the season (51) with averages of 13.3 points, 7.0 rebounds, 1.0 assists, 1.0 steals, 3.0 threes and 52/60/75 shooting splits. He’ll be an excellent source of points, rebounds and threes if he continues to see close to 30 minutes per night.

Hornets fans were excited about Nick Richards because of his stellar play in the preseason. Hornets head coach Steve Clifford had high praise for Richards, but many assumed Mark Williams would jump the line since the Hornets selected him 15th overall in the 2022 NBA Draft. Even though Richards is backing up Mason Plumlee, the three-year pro is making an impact in limited minutes. If you’re looking for field-goal percentage, points and rebounds, Richards fits the bill. He’s double-doubled in two of three contests this year and is averaging 15.0 points, 9.0 rebounds and 0.7 blocks on 69.2% from the field and 75% from the charity stripe in only 22.6 minutes per contest. He’d be a must-add if Plumlee misses anytime, but for now, he’s worth streaming if you’re hunting those categories.