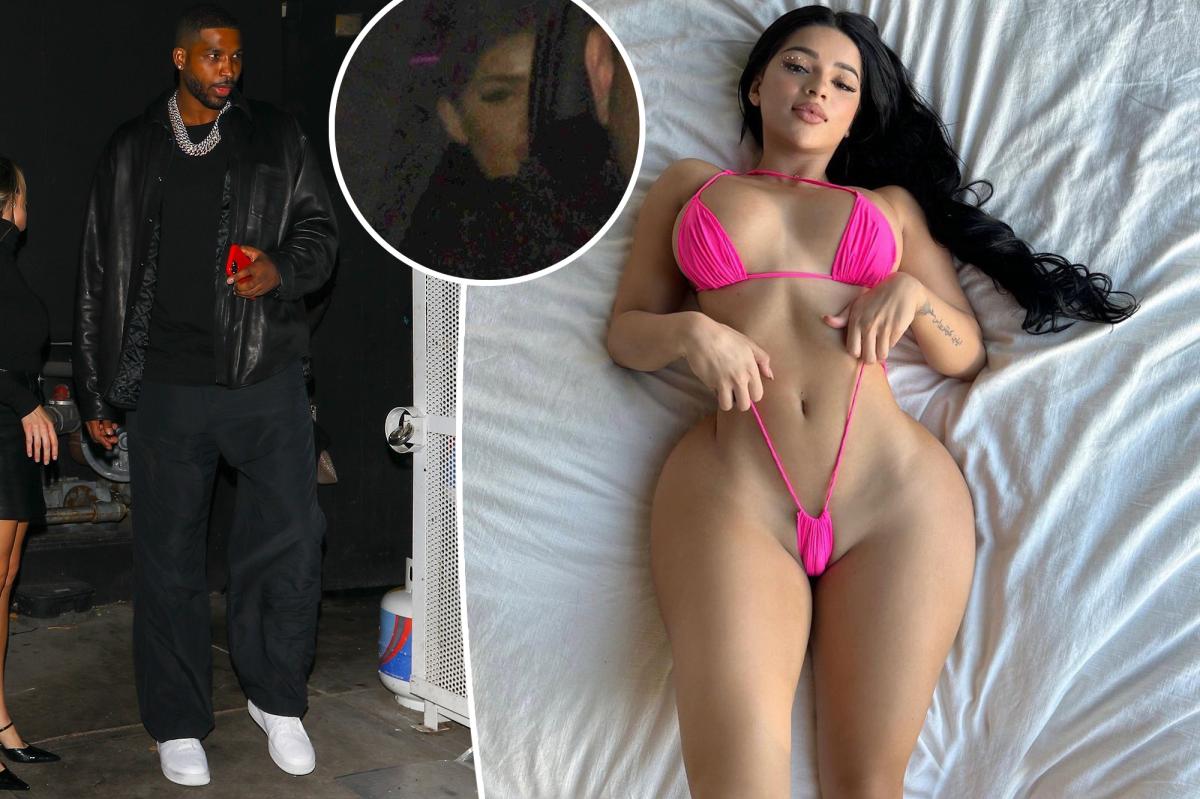 Tristan Thompson was spotted leaving a party with OnlyFans model Juanita JCV on Wednesday, just ahead of his and Khloé Kardashian’s baby boy’s TV debut.

Although the athlete, 31, and the social media star, 24, did not arrive together to Jack Harlow’s concert afterparty at The Nice Guy in West Hollywood, the duo departed in the same vehicle.

Juanita could be seen in the back of the NBA player’s Maybach SUV.

Thompson’s outing comes two months after the power forward was spotted holding hands with a mystery woman while vacationing in Europe.

“To everyone that’s freaking out about this video of Tristan in Greece with another girl, Khloe and Tristan are both single and according to the statement from Khloe’s rep, they haven’t spoken since December besides co-parenting,” the July social media upload read.

“I don’t know why it would be crazy for Tristan to be with another girl as long as he’s a good dad to his baby.”

Thompson and the reality star began dating in 2016 and broke up multiple times due to his cheating scandals.

In December 2021, news broke that Thompson had fathered a child with fitness model Maralee Nichols while in a relationship with Kardashian.

The “Keeping Up With the Kardashians” alum sobbed over his infidelity in a June episode of “The Kardashians,” with her rep confirming the following month that the pair had conceived baby No. 2 via surrogate prior to calling it quits.

The exes, who also share 4-year-old daughter True, welcomed their baby boy in July. His arrival was documented in Thursday’s Season 2 premiere of the Hulu show.

Although Thompson was not present at the infant’s birth, Kardashian allowed him to visit them in the hospital.

“I figured, why not,” she said in a confessional. “Let him come. He’ll never get this moment back.”

The Good American co-creator went on to describe how her little one’s arrival would allow her to heal from the “trauma” of Thompson’s unfaithfulness.

“Now that my son is here, I get to move on and I get to enjoy,” the former E! personality explained. “It’s almost like I get to close that chapter and be done with this.”

Kardashian has yet to reveal her son’s name but did hint that it begins with the letter T.