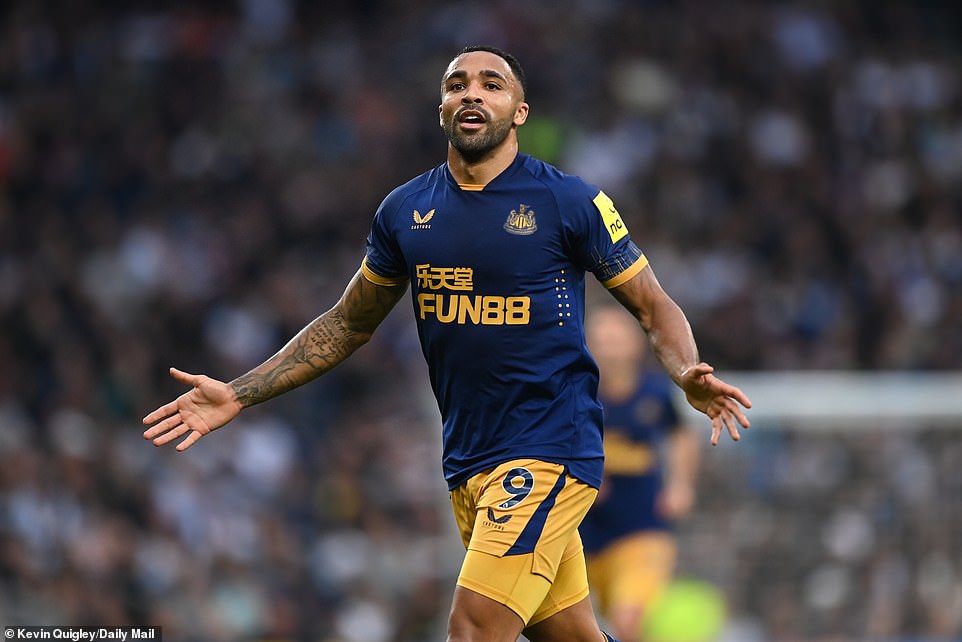 By Martin Samuel for the Daily Mail

Managers often complain that referees lack consistency. Eddie Howe, by contrast, must be absolutely delighted. It was Jarred Gillett who as VAR at Stamford Bridge in September, played an important part in getting a West Ham goal disallowed, for what looked like nothing more than an innocent collision with Chelsea goalkeeper Edouard Mendy.

Gillett looked at a collision between Callum Wilson and Hugo Lloris leading to Newcastle’s opening goal and decided: nothing doing. Fortunately, he was more constructively advised by his VAR David Coote, too.

And it was a good goal. Against the run of play, true, but Wilson deserved it for his astute reading of a long ball by Fabian Schar from defence, and for playing on when he and Lloris came together. The Tottenham goalkeeper saw danger and sprinted out, got the ball but not by much and then clashed with Wilson. Had the Newcastle man even put his arms out to protect himself he might have beenm judged to have pushed Lloris. But they ran into each other, chest to chest. Lloris fell backwards, perhaps seeking Gillett’s sympathy, Wilson kept his footing, got first to the ball and, seeing the goalkeeper in a vulnerable position, chipped him and anyone else between him and the net.

Tottenham reacted furiously, impotently. Gillett gave it and Coote rightly did not advise otherwise. Rodrigo Bentancur was booked for protesting but the goal stood. Soon, Lloris would err again, and Tottenham would go two goals down.

Just nine minutes later, the Frenchman tried to find Ryan Sessegnon with a chip to the flank. It was poorly directed, the header instead won by Sean Longstaff, finding Miguel Almiron, one of the most in-form players in the Premier League right now. He set off on a run, shrugged off Sessegnon as he tried to recover, gliding past the equally ineffectual Clement Lenglet on his route to goal. It was a tight angle but Lloris was his opponent. One player full of confidence, the other full of regret. Almiron stuck it past him perfectly, his fifth goal in as many games.

Strangely, Tottenham had started brightly after their dismal display at Manchester United in midweek. Antonio Conte made five changes from that match – some plainly punishments, some through injury, others perhaps with one eye on Wednesday’s Champions League game against Sporting Lisbon – but with three minutes Harry Kane, Oliver Skipp and Yves Bissouma had combined to tee up Hueng-min Son on the edge of the area, his shot flying narrowly over the bar.

He was through one on one soon after, Nick Pope making a fine save with an outstretched leg before Schar cleared as the ball spun towards the line. In the 29th minute, Kane went through with similar counter-attacking fervour, Pope again equal to it with his feet.

Yet there remained a feeling something might give. Newcastle can claim to be the strongest defensive unit in the Premier League right now, but in Kane and Son it might be argued Tottenham have the best attacking pairing. In the 54th minute, they prevailed.

Son took the corner from the left which Lenglet won with a flicked header towards the near post. At the far post, Kane stooped low to nod it across the line. VAR checked to see whether Emerson Royal, possibly in an offside position, also got an assisting touch. It would have required Snicko to judge that and football isn’t currently using heat or sound sensitive technology. So Coote went the common sense route again, and the goal stood.

Scroll down to see how it all unfolded with Sportsmail’s live runner..