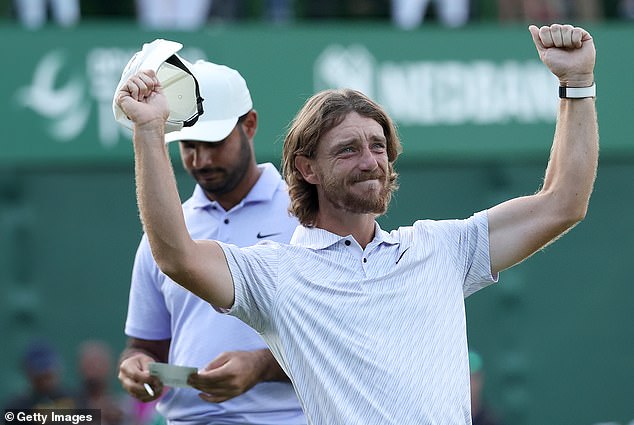 After riding his luck, overcoming an illness and enduring the taunts of his son, Tommy Fleetwood finally returned to the winner’s circle in South Africa on Sunday.

Three years on from his previous DP World Tour victory, the Englishman carded a final-round 67 to reach 11 under, pipping Ryan Fox to the Nedbank Golf Challenge title by a stroke.

It was fine turnaround from the 31-year-old, who overcame a three-shot deficit going into the last day before revealing he almost pulled out on Thursday due to sickness.

While that all plays to his powers of perseverance, Fleetwood also benefited from some outrageous good fortune, which saw an overhit approach at the first canon off a stand and back to win 10ft of the pin. A subsequent tee shot was also hooking into a bush until it bounced favourably off a spectator’s backside.

Those moments of luck were capitalised upon by four birdies on the front nine and a holed bunker shot for eagle on 14 that gave Fleetwood a tie for the lead. The win was sealed when Fox bogeyed the tricky par-four 18th.

Fleetwood, who took a six-week break after The Open following the death of his mother, was emotional in victory. He said: ‘One of my biggest goals for a while has been to win with my whole family here.

‘Frankie (his son) is always saying I never win anything, he brings medals home from school and says this is because you never win at golf. 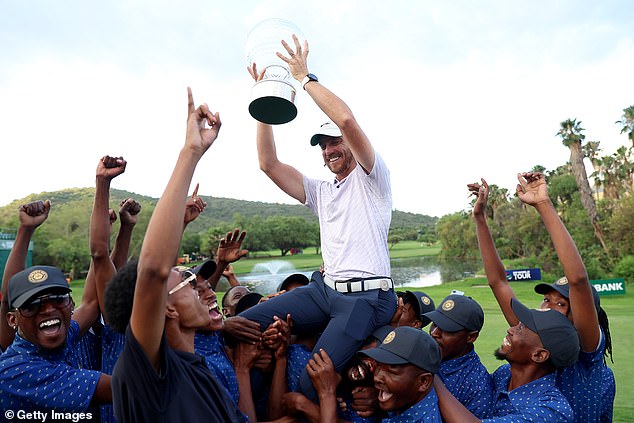 ‘I wanted to win with them here for such a long time and they came, but they have actually disappeared to get to the airport as the kids have exams tomorrow.

See also  The Open: Meet the colourful cast of unknowns at St Andrews this week

Touching on his illness, Fleetwood added: ‘The doctor here has been amazing. I just gave his little son the winning golf ball because without him there was no chance on Thursday I would have played.’

New Zealander Fox would have overhauled Rory McIlroy at the top of the DP World Tour rankings ahead of this week’s season-ending tournament in Dubai had he won. McIlroy leads by 128 points. 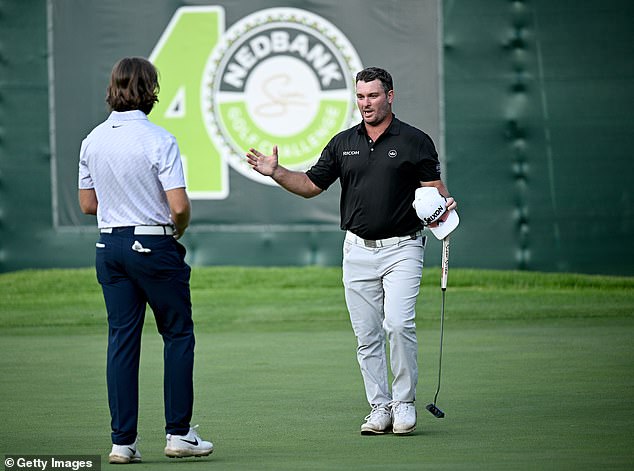