IND vs NZ LIVE Score – NZ 129/0, IND 345 all out: Kiwi openers Tom Latham and Will Young began New Zealand’s innings in style. The duo provided a terrific start to take Kiwis past 100 without a loss on Day 2. Will Young brought up his fifty in the final session while Latham also played the role of an anchor with a half-century. India bowlers struggled to pick wickets in successive sessions. Follow India vs New Zealand Kanpur Test – Day 2 LIVE Updates with InsideSport.IN

Earlier, India posted 345 runs in the first innings on the back of Iyer’s maiden 100 and fifties from Shubhman Gill and Ravindra Jadeja. Tim Southee and Kyle Jamieson were the picks of bowlers for New Zealand returning for 5 and 3 wickets respectively. Azaz Patel too chipped in with two wickets accounting for the last two wickets after the lunch break.

Earlier, India took the honours on Day 1 courtesy 113 runs unbroken 5th wicket partnership between Shreyas Iyer & Ravindra Jadeja. Iyer batting at 75 will attempt to make his debut more memorable as he is gearing up for rare 100 in his 1st test. Team India on the other hand will target score of 450+ to put World Test Champions New Zealand in some pressure:

Hello and welcome to Day 2 of the 1st Test.#INDvNZ @Paytm pic.twitter.com/nV0yRSK7nK

India Won the Toss opted to bat first: After opting to bat first on a flat surface in Kanpur, India suffered an early blow with Mayank Agarwal departing in the 8th over. But Cheteshwar Pujara and Shubman Gill steadied the innings with a 61-run stand.

See also  Check why winning TOSS at 7PM will be ‘very critical’ for Rohit Sharma? Follow IND vs PAK LIVE 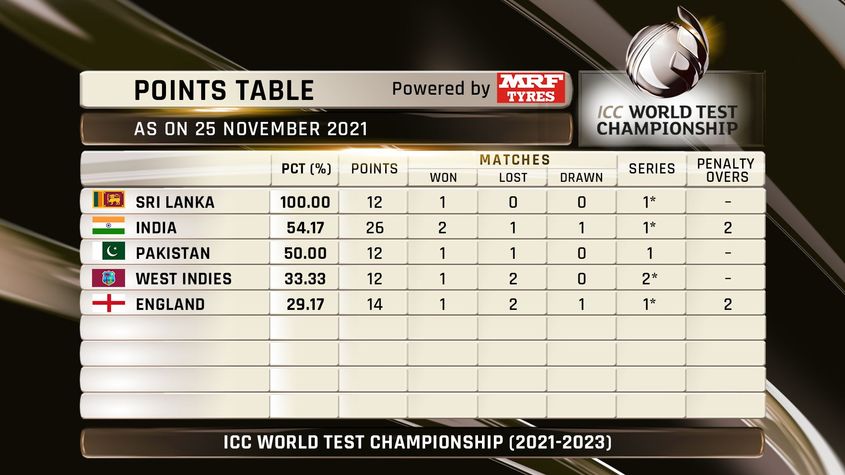 ? A moment to cherish for @ShreyasIyer15 as he receives his #TeamIndia Test cap from Sunil Gavaskar – one of the best to have ever graced the game. ? ?#INDvNZ @Paytm pic.twitter.com/kPwVKNOkfu

What does the pitch have in store? ?