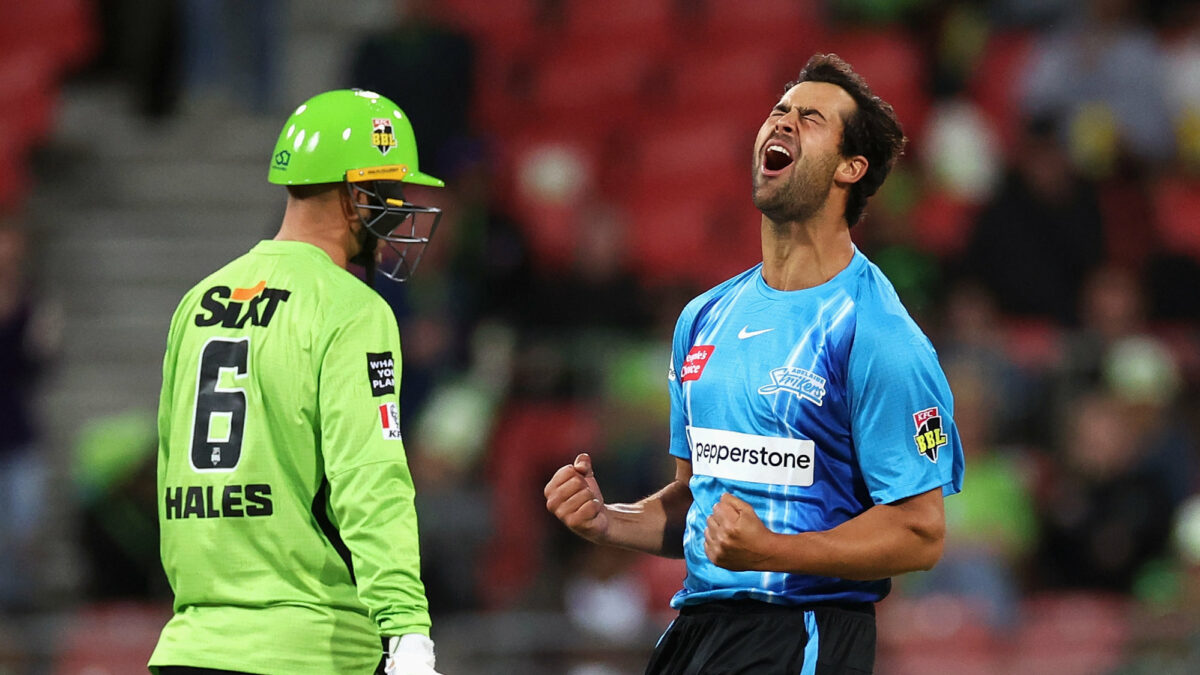 It’s been a long time since the BBL has felt this, well, relevant.

Extraordinary batting collapses, hat-tricks, last-ball thrillers and internationals strutting their stuff, plus a Test summer struggling to launch due to either mediocre opposition or matches that end before you can blink, mean for the first time since at least the COVID-19 pandemic started, the competition has a foothold in the public consciousness.

After years of slowly fading into nothingness, any publicity is good publicity for a tournament like the BBL, so seeing the Sydney Thunder get skittled for 15, or Jono Wells gifting Michael Neser a hat-trick with an abysmally-judged leave, or Joe Clarke letting the final ball slip under his ungloved hand for four match-winning byes, all give badly needed airtime and column inches.

If you can’t do it with quality, you can always capture the public’s attention through comedy.

But regardless of how it has started with a bright splash of attention as opposed to the usual vague disinterest of the Australian population, this is officially the most important summer in the BBL’s recent history.

For starters, there won’t be any international white-ball cricket for it to contend with; once the Tests against South Africa wrap up, it’s nothing but clean air for the competition until it ends in early February. The Australian Open will, of course, run parallel, but at its peak the BBL was able to run alongside the tennis tournament, and has the advantage of being nationwide as opposed to confined to Melbourne Park.

Equally important will be the availability of the national stars for an extended run; David Warner looks set to play his first BBL games since the very first tournament more than a decade ago, while Steve Smith, Marnus Labuschagne, Usman Khawaja and Nathan Lyon will all be in action too. The Test pacemen are likely to be rested for the duration ahead of a punishing 12 months, but Josh Hazlewood could easily play one or two games as well.

The competition also won’t be deprived of the limited-overs internationals such as Marcus Stoinis and Ashton Agar – the injury-affected absence of Mitchell Marsh and Glenn Maxwell, though, is a huge blow.

It all points to the BBL having its best possible chance to return to the glory days of the mid-2010s, when 80,000-strong crowds turned up to games, the TV audience regularly clicked into seven figures and some of the competition’s most enduring highlights became instantly iconic.

Then, as now, they had comedy value: for every moment of outrageous skill such as Travis Head’s New Year’s Eve century, Rashid Khan’s hat-trick or Jordan Silk’s catch, there’s Maxwell leaving a ball on middle stump, Moises Henriques missing a run-out to tie the BBL04 final, or Liam Livingstone getting hit in the nuts twice.

Cricket Australia can’t just sit on their hands and hope for a turnaround; this is the optimum time to leave no stone unturned to recapture the public’s attention, and this time hold it for good.

Heavy advertising of upcoming games in hosting cities is one option, something glaringly missing in recent ODI series which saw crowds of literally dozens. Other fan opportunities would also be a welcome initiative to get people through the doors – perhaps something involving the Test stars could harness their involvement to the max.

In short, it’s a time to throw everything at promoting the game, because if the BBL can’t succeed under these conditions, with everything going its way, it never will.

Cricket Australia has a priceless opportunity this summer to ensure its baby – its undernourished, high-maintenance baby that has mysteriously stopped growing for five years – can finally get off its feet and learn to walk.

If they mess it up, the chance may never come again.