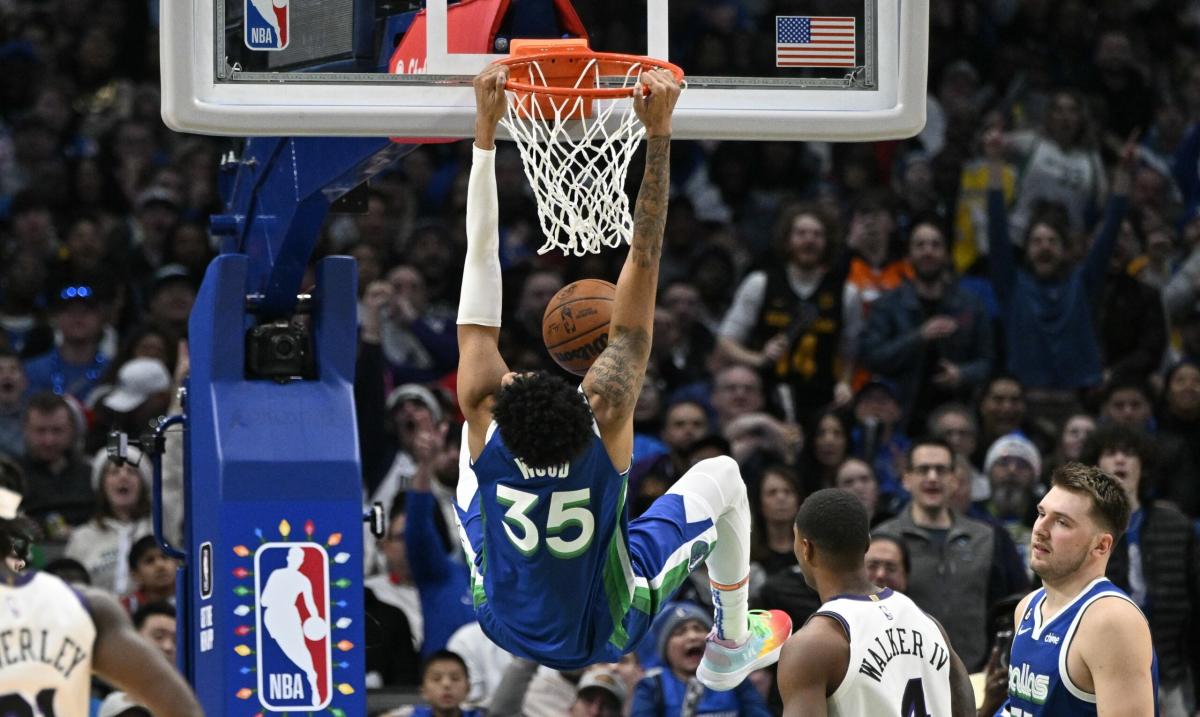 Without Anthony Davis, the Los Angeles Lakers are in a tough predicament.

One thing an injury to a superstar like him does, beyond the direct impact of missing his production and presence, is causing a ripple effect in terms of how a coach has to tweak rotations.

The Lakers have a lack of frontcourt depth and functional size, and it has caused head coach Darvin Ham to have to make some difficult decisions. However, it looks like he has gone too far.

In Davis’ absence, Thomas Bryant has continued to play very well. On Sunday versus the Dallas Mavericks, he had eight points and three rebounds through three quarters, which was relatively modest production for him compared to what he has done lately.

But after he subbed out with 4:04 left in the third quarter, he never returned. Some speculated that his shoulder, which was hit hard on Friday against the Charlotte Hornets, was acting up, but that wasn’t the reason.

Ham decided to go with an extremely small lineup in the fourth quarter. In fact, when LeBron James took his customary rest midway through the period, at one point 6-foot-5 Austin Reaves was the tallest player they had in the game.

After the game, Ham explained his reasoning behind that vertically challenged lineup.

“Just trying to get more possessions in the game. When you go small like that, any of those guys can get a defensive rebound and push it, and you’re trying to play fast, trying to attack downhill, trying to put the other team on their heels, you put them in a position where they’re fouling and you use the free throw line to try to help you get back into a game or sustain a lead.”

Yes, the Lakers needed to speed up the pace of the game, but playing very small lineups like that won’t get it done, at least not with this roster.

During the 2021-22 season, then-head coach Frank Vogel employed lots of three and even four-guard lineups, and it helped result in the Lakers being one of the NBA’s worst defensive teams.

Such lineups make it hard for L.A. to rotate over to players, especially near the rim and beyond the 3-point line, while putting enough size and length on them to force misses or at least dissuade them from shooting the ball.

In addition, such lineups leave the Lakers susceptible to giving up offensive rebounds.

Yes, the one thing they do very well and perhaps as well as any other team is score in transition. When they have been able to ignite and sustain their fast break this season, they have looked like a very potent team.

But to be able to run, a team has to get stops, either by forcing misses or turnovers, and grab defensive rebounds. To be able to do those things with small lineups, a team needs players who play bigger than their physical size, and L.A. simply doesn’t have frontcourt players with that capability.

At this point, Ham would likely be better off going with Damian Jones, the Lakers’ only other true center, when Bryant is resting. Perhaps Wenyen Gabriel, who plays with ample energy and effort, needs a little more playing time until Davis is able to return.

With a four-game losing streak and a 13-20 record, the Lakers are teetering close to the brink of disaster.