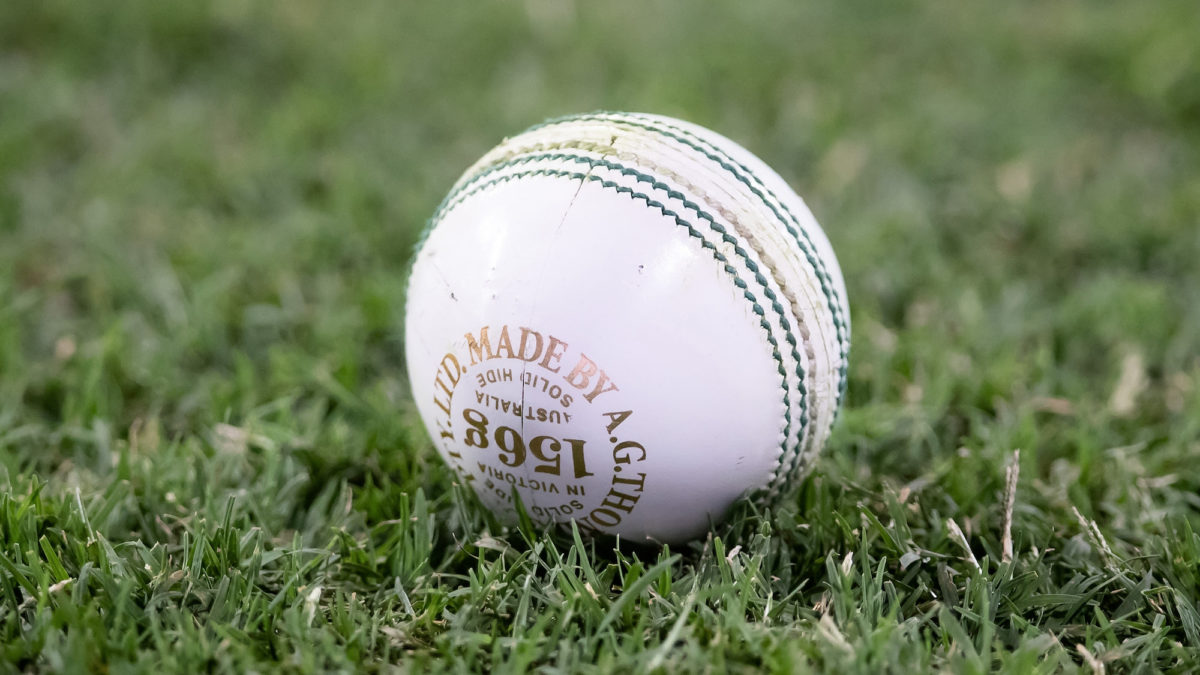 Following on from my previous article, which examined Australia’s one-day cricket domestic competitions of the 1970s, here we move to the 1980s and the McDonald’s Cup.

The 1979-80 season saw the end of World Series Cricket and the reunification of Australian cricket. It also saw the continued rise in popularity of the limited-overs format thanks largely to Channel 9.

The domestic 50-over competition was doubled in length to ten matches – two pools of round-robin matches, semi-finals and a final (and in some years also a consolation final that nobody actually wanted to play). All matches were telecast on Channel 9, and innovations like coloured clothing and fielding restrictions brought excitement to the format.

A top domestic performer could potentially force their way into the Australian limited-overs side for the annual Australian Tri-Series triangular one-day international competition held each summer in front of massive crowds.

The new competition also saw a change in the balance of power between the states. Western Australia, who had appeared in the last six finals, could boast only one runner-up finish over the next three years as Victoria, New South Wales and then Queensland came to the fore. However, by 1982-83 the West was back on top. They still won the most titles during the era, with four.

Among established players returning from World Series Cricket, such as Greg Chappell and Dennis Lillee, this format also threw up some new stars of the domestic scene, such as Victoria’s Julien Wiener, Western Australia’s Mike Velletta and South Australia’s Mike Haysman.

Team of the era

Victoria won their second title in 1979-80, with their new star Julien Weiner topping the series for runs, with 203, and producing a player of the match in the final to topple New South Wales. WA’s Dennis Lillee took the most series wickets with 11. There was only one score over 250 for the tournament, and no team chased down more than 213. Nevertheless, the more aggressive batsmen were starting to explore the possibilities of the format, highlighted by SA’s David Hookes smashing 83 from just 58 balls in a pool match. His teammates may have missed the memo, because South Australia managed just 184 from 44 overs in that innings.

Seasons in 1980-81 and 1981-82 saw Queensland win back-to-back titles, with solid performers like Allan Border, Kepler Wessels, Carl Rackemann and Geoff Dymock contributing to a strong team. Border produced the highest score of the 1980-81 series with 97 in the semi-final, while in 1981-82 unheralded Ryan Broad hit consecutive half-centuries in the semi-final and final, while Dymock chipped in with a season-best 5-27 in the final. Most series runs went to Craig Serjeant (WA) and David Hookes (SA) on 152. Most series wickets went Jeff Thomson (Queensland) with nine.

In 1981-82 New South Wales’s Rick McCosker and John Dyson became the first players to hit two centuries in a season, and McCosker also set a new highest score record with 164, a mark that stood for nearly 20 years. McCosker and Dyson each hit hundreds and put on a record 253 first-wicket stand as the Blues made the first score over 300 in the competition’s history, against SA. The South Australian opening bowlers were Robert O’Shannassy and David Hookes! Rick McCosker’s series tally of 346 runs stood as the record until 1994. Most series wickets went to Jeff Dymock (Queensland) and Trevor Chappell (New South Wales) on ten.

Western Australia were back in the winners circle in 1982-83 despite Victorian Julien Wiener topping the run-scoring charts for a second time (145 runs). Five wickets for just 15 by WA’s David Boyd won their semi-final over Victoria, who only managed 112 all out. Boyd topped the series wickets with ten. In the final, half-centuries to Greg Shipperd and Kim Hughes (61 from 64 balls) were enough to chase down NSW’s modest total of 195, though with only five balls to spare.

The 1983-84 and 1984-85 seasons saw South Australia and then NSW achieve their maiden limited-overs titles. In their semi-final in 1983-84 South Australia’s Rodney Hogg produced a remarkable 1-10 from a full ten overs to help restrict Tasmania to 163. Even then SA only got home with two balls to spare. In the final, 96 not out by Don O’Conner drove SA to 256. This total proved too steep for WA despite a rollicking 54 from just 39 balls by Rod Marsh, which got them within eight runs of victory. Most series runs went to Greg Shipperd (WA) with 188. Most series wickets went to Ian Carmichael (SA) with eight.

New South Wales’s win in 1984-85 was more comprehensive, flogging SA by 88 runs in the final. Half-centuries by John Dyson, Peter Clifford and captain Dirk Wellham got NSW to 278, and SA folded under the pressure of the chase, being shot out for just 190. NSW’s first title was helped significantly by that renowned Sydney native, former Pakistan president Imran Khan, who took 1-20 from seven overs in the final. This was after producing 73 not out and 1-28 in their semi-final win over Victoria. The other semi-final had seen SA’s David Hookes belt 101 from just 92 balls and chip in with two wickets in a great all-round performance. Most series runs went to Mike Haysman (SA) with 219. Most series wickets went to Dave Gilbert (NSW) and Ken MacLeay (WA) with nine.

Western Australia defeated Victoria in the 1985-86 final despite Victorian Denis Hickey taking 5-26 to win player of the match in a losing cause. WA defended just 167 in a shortened 38-over match, with Wayne Andrews’s 71 being the only score over 40 from either side. This was actually the second final of the season, with the first attempt having been washed out. Most series runs went to Peter Young (Victoria) with 240. Most series wickets went to Denis Hickey (Victoria) with ten.

In 1986-87 South Australia’s Glenn Bishop set a new record for the highest individual score in a final, with his 116 setting up his side for a big win over Tasmania aided by a brutal 75 from 43 balls from Wayne Phillips. Bishop had a golden couple of years, topping the competition’s run-scoring in 1986-87 (233 runs) and again the following year. Most series wickets went to Tim May (SA) with eight.

In 1987-88 New South Wales defeated South Australia in a low-scoring final, with specialist No. 7 Graham Smith’s contributions of 58 not out and 42 being enough to give him back-to-back player of the match awards in the semi-final and final respectively. Smith also became the first to win three player-of-the-match awards in a single season despite making only 128 runs and taking three wickets for the entire tournament. There was only one score over 232 for the whole season and that one was enough to win by over 150 runs. It was not a great year for batting. Most series runs went to Glenn Bishop (SA) with 195. Most series wickets went to Peter Gladigau (SA) with nine.

The 1988-89 season belongs to Queensland, who won the final by a record 163 runs over Victoria. The normally conservative Allan Border bashed 77 not out from 56 balls, and Queensland’s pace cartel of Dirk Tazelaar, Carl Rackemann and John Maguire took three wickets each to destroy the Victorians. Greg Ritchie topped the season runs (241) and Rackemann the wickets (14, a new season record) in a dominant year for the Queenslanders. A young Steve Waugh started to make his presence felt with 81 from 65 balls and two wickets in a pool match.

WA took consecutive titles in 1989-90 and 1990-91 on the back of dominant performances by the likes of Tom Moody (one of the best domestic limited overs players of all time), Geoff Marsh and Terry Alderman. Moody had two player-of-the-match performances in 1989-90, including 81 from 63 balls and 3-29 runs in their semi-final, while Marsh had two in 1990-91, including an unbeaten 91 in their final victory over NSW. In fact Marsh was not dismissed in either of their final wins. Terry Alderman took 4-14 in the 1989-90 final to shoot out the hapless SA team for just 87. A young Michael Bevan was left stranded on 23 not out. During that season Queensland’s Carl Rackemann recorded the competition’s best-ever bowling figures of 7-34 against South Australia. The record would stand for 15 seasons until surpassed by Shaun Tait. In 1989-90 Tom Moody (WA) scored the most runs, with 191, and Phil Marks (NSW) took the most wickets, with six. In 1990-91 Geoff Marsh (WA) scored the most runs, with 336, while Wayne Holdsworth (NSW) took the most wickets, with nine. 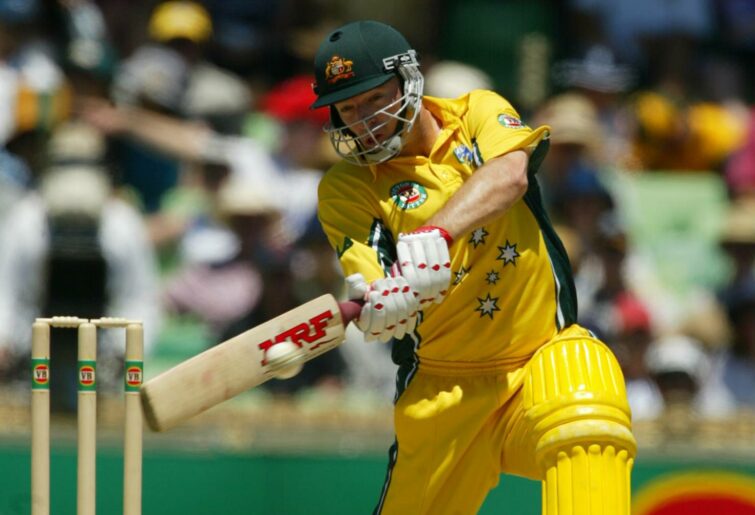 The final season of this era, 1991-92, saw NSW win the first of three consecutive titles with a dominant batting line-up including the Waugh brothers, the newly acquired Michael Bevan and Mark Taylor. During the pool games Steve Waugh produced 74 and 3-25 in one match and then 126 and 2-30 in another. His brother scored 112 in the second match. Bevan was the man of the match in their semi-final, with 93 from 84 balls, while Taylor scored consecutive half-centuries in the semi-final and the final.

In the final, WA would have been bitterly disappointed to lose by 69 runs after restricting the star-studded NSW batting line-up to just 199. Wayne Holdsworth, Mike Whitney and Geoff Lawson reduced the West Australians to 5-63, leaving a young Damien Martyn scoring 54 in a losing cause. It was all over when veteran Graeme Wood, playing as a specialist No. 7, was run out (surprise, surprise) to end the innings at just 130. That year Steve Waugh became only the second player after Greg Chappell to top the series for both runs scored (239) and wickets taken (seven). No-one else has managed this feat since.

McDonald’s made the rather odd decision to pull out after the 1987-88 season, just as the newly crowned world champion Australians were entering a golden period, and FAI took over until 1991-92. The following year saw a new sponsor, an explosion of matches and a new era for what was then called the Mercantile Mutual Cup.