The pre-1991 world of South Africa was one of condemnable darkness. The burden was apartheid, a system of legislation that upheld segregationist policies against non-white citizens of South Africa brought about by the National Party that gained power in 1948. Cricket was under no enchanted spell that could protect it from the pangs of this vile system of institutionalised racial segregation. The ramifications were far-reaching, as this came as a bane to the careers of innumerable talented cricketers.

Basil D’Oliveira, a Cape Coloured South African of mixed descent was on the brink of becoming yet another victim to the then prevalent system. Despite being a gifted young cricketer, the best he could afford was to play a few games here and there on the gravels of Signal Hill only because of his skin colour. As he watched white South Africa play Test matches from the cage at the Newlands in the 1950s, he saw his cricket career spiral into a crevasse while players with half his calibre became stars.

But fate decided to take him down a different path. In 1960 English cricket writer and friend John Arlott somehow managed to set him up for a season with Middleton in Manchester. D’Oliveira grabbed the opportunity with both hands, knowing very little of the fact that he would be making his Test debut for England just a few years down the road.

D’Oliviera soon became a dependable guy with both the bat and ball in the English set-up. With crucial performances on a constant basis, he was pretty much living the English dream. But dark clouds soon began to take shape above him thanks to his own good returns. Yes, you read that right. As England drew nearer and nearer to their scheduled tour of South Africa in the southern summer of 1968-69, it became quite obvious that D’Oliveira would be in the touring party. 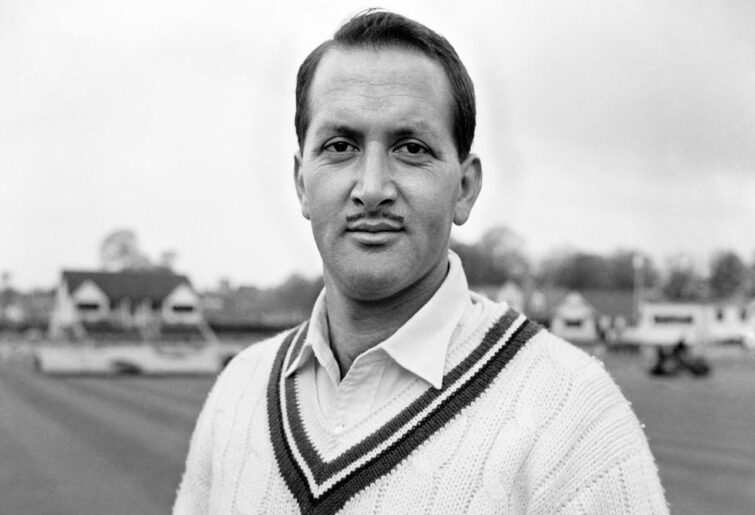 In the summer of 1968 Australia were touring for the Ashes and in the first Test defeated England by 159 runs. D’Oliveira scored an unbeaten 87 in the second innings in addition to bowling figures of 2-45 – and he was dropped!

Bewildered, he returned to county cricket and performed moderately. However, on the eve of the fifth Test, when Roger Prideaux withdrew from the final Test with pleurisy, D’Oliveira was recalled. With a determination as firm as a diamond, he called up his wife Naomi on the eve of the game and said, “Pull up a chair, I’ll be in all day”. And the rest is history, albeit with sprinkles of luck in the form of dropped catches and close calls.

Dolly ended with a score of 158, hitting 21 boundaries along the way. His ton at the Oval was a fascinating concoction of brilliance, perseverance and, above all, fate paving the way for him through the excuses of illness, injuries and dropped catches.

The knock all but cemented his spot in the team to South Africa. Tensions started to rise in his land of birth, with Prime Minister John Vorster in the hub of the affairs. As a matter of fact the South African government began pulling strings as early as January 1968 when they smelled the possibility of Dolly making it to South Africa with the English side. Hence they made it clear to a Marylebone Cricket Club representative that if D’Oliveira were selected, the tour would be called off.

There were even offers of lucrative bribes for Dolly to step aside. Tienie Oosthuizen, a leading figure in the British branch of Carreras Tobacco, offered him a jaw-dropping offer of coaching South Africa provided he refused to go on the tour. There were also whispers in the winds that there was another mammoth offer on the table for him worth £40,000 (approximately A$1.04 million in 2022 currency) from Vorster’s personal initiative. But each time the answer was a straight-out no.

The very next day after the South African government had called the MCC threatening to call off the tour, the English squad was announced, and to everyone’s surprise, D’Oliveira was not in it. Marylebone had succumbed to filthy political pressures, and it resulted in a massive public outcry.

The fans were left shell-shocked. The members of the Parliament erupted in protest. The man himself broke down in tears. The MCC saw a flurry of resignations. But before the malevolent South African governement could breathe a sigh of relief, they were thrust onto the back foot again as a renowned media outlet announced that they would be sending D’Oliveira to South Africa to report on the Test series.

Shortly afterwards the MCC received a letter that threatened to blow up the aircraft that would carry the England squad to South Africa. The deal was off the cards.

But as the saying ‘fortune favours the brave’ goes, fate decided to side with Dolly yet again, as long-term friend and teammate Tom Cartwright withdrew from the tour due to a shoulder injury. The MCC, left with no further tricks, finally announced D’Oliveira as a replacement.

But Vorster would have none of it. On the very next day he sent out a press briefing stating, “We are not prepared to receive a team thrust upon us by people whose interests are not in the game but to gain certain political objectives which they do not even attempt to hide. The MCC team is not the team of the MCC but of the anti-apartheid movement”.

The roars of denunciation from all around the world fell on deaf ears of Vorster, who remained adamant, playing down the risk of even a potential exile from his own advisers.

A week later, the MCC met the representatives of the South African cricket board at Lord’s and rightly called off the tour. A year later South Africa found themselves exiled from all forms of international cricket for nearly 20 years.

D’Oliveira was no anti-apartheid rioter, nor did he even think of taking legal action against his perpetrators. He was just a simple, down-to-earth man who wanted to play the game. But he ended up playing a huge role in catalysing the two decades that South Africa spent as sporting outcasts and the ultimate abolishment of apartheid. For there should never have been normal sport in an abnormal country.