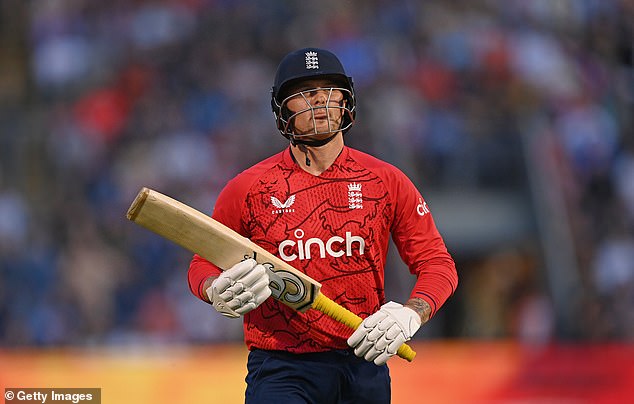 England begin preparations for the defence of their 50-over world title with a three-match series in South Africa, which starts on Friday.

Jos Buttler’s side triumphed in the T20 final against Pakistan in November, becoming the first nation to hold both white-ball World Cups ahead of the 50-over tournament in India, which is nine months away.

CAN RUN-SHY ROY REPAY THE FAITH?

England continue to stick by the Surrey batter Jason Roy despite little sign of him clambering out of a long-term rut. He has acclimatised, having spent the past few weeks at the SA20. Although, worryingly for him at a time when rivals for opening spots are bombarding the selectors with their big hits, his form remains a miss.

In eight matches he has made a round 100, but England coach Matthew Mott on Tuesday pointed to his ‘world-class’ one-day international record — an average of 39.5 and a strike rate of 106. He also echoed the public commitment captain Buttler made to Roy with regard to his place in the 50-over side in the aftermath of last year’s Twenty20 axing.

Mott said: ‘It should be harder to get in the team than get out of it. This team has enjoyed a lot of success over a long period of time and Jason Roy’s been a big part of that.’

Roy has not hit a 50 for England in any of his last eight ODI innings but even if that sequence is extended in this three-match series, he appears bulletproof. For now at least. Fail in Bangladesh in March, however, where conditions will be similar to those at the World Cup in India, and it will be a different story.

WILL STOKES REVERSE 50-OVER RETIREMENT? 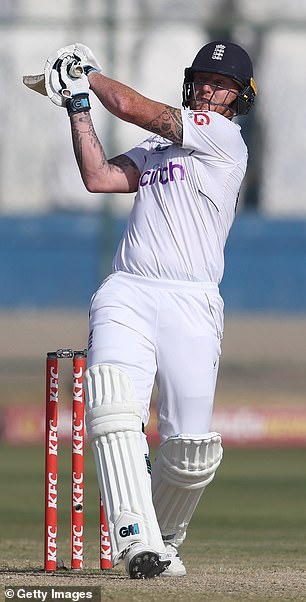 Mott revealed on Tuesday that he had spoken with Stokes a couple of times within the past three weeks about his selection, but England’s 2019 World Cup final match winner remains ‘non-committal’.

‘The door is always open for a player of that quality,’ Mott said. ‘But we are also very aware that his main focus is red-ball cricket as the captain. We respect that and when he’s ready to chat, we will do that.

‘We need to keep a really flexible, open mind to players and when we sit down to pick that 15 for the World Cup, we want to pick the best players possible.’

Leaving the door ajar until the 15 names are required to be submitted for this year’s World Cup risks someone else being cruelly cut, but the 31-year-old is the once-in-a-generation player for whom you would take such action.

Stokes is clearly tempted by the prospect of claiming more silverware but is in no rush given that his priority lies with his intoxicating Test team. Do not expect him to make a decision until the Ashes finishes in late July.

If his body remains willing, after those skirmishes against Australia and a full Indian Premier League season, and he feels he can contribute to doing what he loves — winning matches for England — expect him to be starring in another global tournament.

WHO CAN FORCE THEIR WAY INTO THE TOP SIX?

Harry Brook feels like a shoo-in given his outstanding display for England in both Tests and Twenty20s, but he remains uncapped at this level and as he last played a 50-over match almost four years ago will need time in the middle to rediscover the required batting rhythm.

The Yorkshireman is likely to form a power trio with Jos Buttler and Moeen Ali, captain and vice-captain, at 5, 6 and 7, and his retention throughout this year appears inevitable given his prowess against spin.

Ben Duckett also has the game for the Subcontinent, with his low centre of gravity and fondness for sweeping, and could be used at 4 in the continued absence of Stokes. 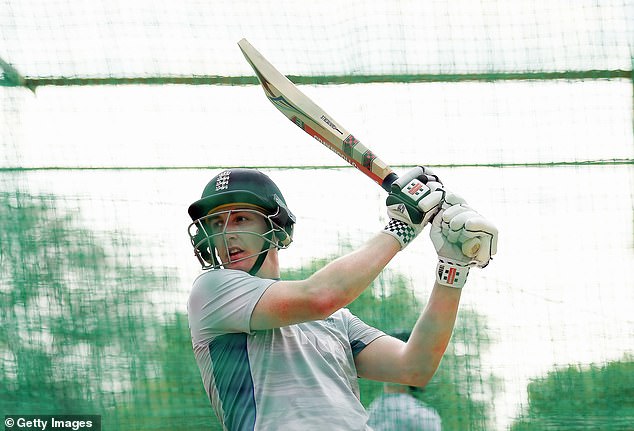 Higher up the order, Jonny Bairstow and Joe Root – currently injured and given time off to advance Twenty20 skills respectively – are ‘lock-ins’ according to Mott.

Meanwhile, Phil Salt’s run as an opener could come to a halt at Mangaung Oval. He has been fighting a sickness bug over recent days and is already doubtful.

See also  In IPL Shikhar Dhawan Has Got Over 6000 Runs And Are You Telling Me He Is Not Good For T20Is For India? – Mohammad Kaif

HOW TO MANAGE FIT-AGAIN ARCHER?

The problem is that everyone wants a piece of him — both of England’s white-ball sides, the Test team and the Mumbai Indians T20 franchise. So how to manage that?

The course of action England should take is to ease him back into the international fold this week, then leave out their fast bowling star for the Twenty20 series in Bangladesh next month, and possibly even the 50-over stuff there, too.

Resting will be as important as playing for someone who has been on the sidelines for 22 months.

Indeed, it is not so much the workload but the hectic travel involved at the IPL that will concern medical teams and it will be a challenge for Archer to be physically in tune at the end of it to begin an Ashes campaign a fortnight later.

One change Archer himself has made is to bowl less in training to preserve himself for the middle.

But whether such a strategy can help him play three of five Tests against Australia and a full part in a World Cup campaign remains to be seen.

One thing in his and England’s favour, though, is that his fellow 90-mile-per-hour merchants Mark Wood and Olly Stone are also free from injury and can be rotated in and out of the side to reduce the chances of further breakdowns.