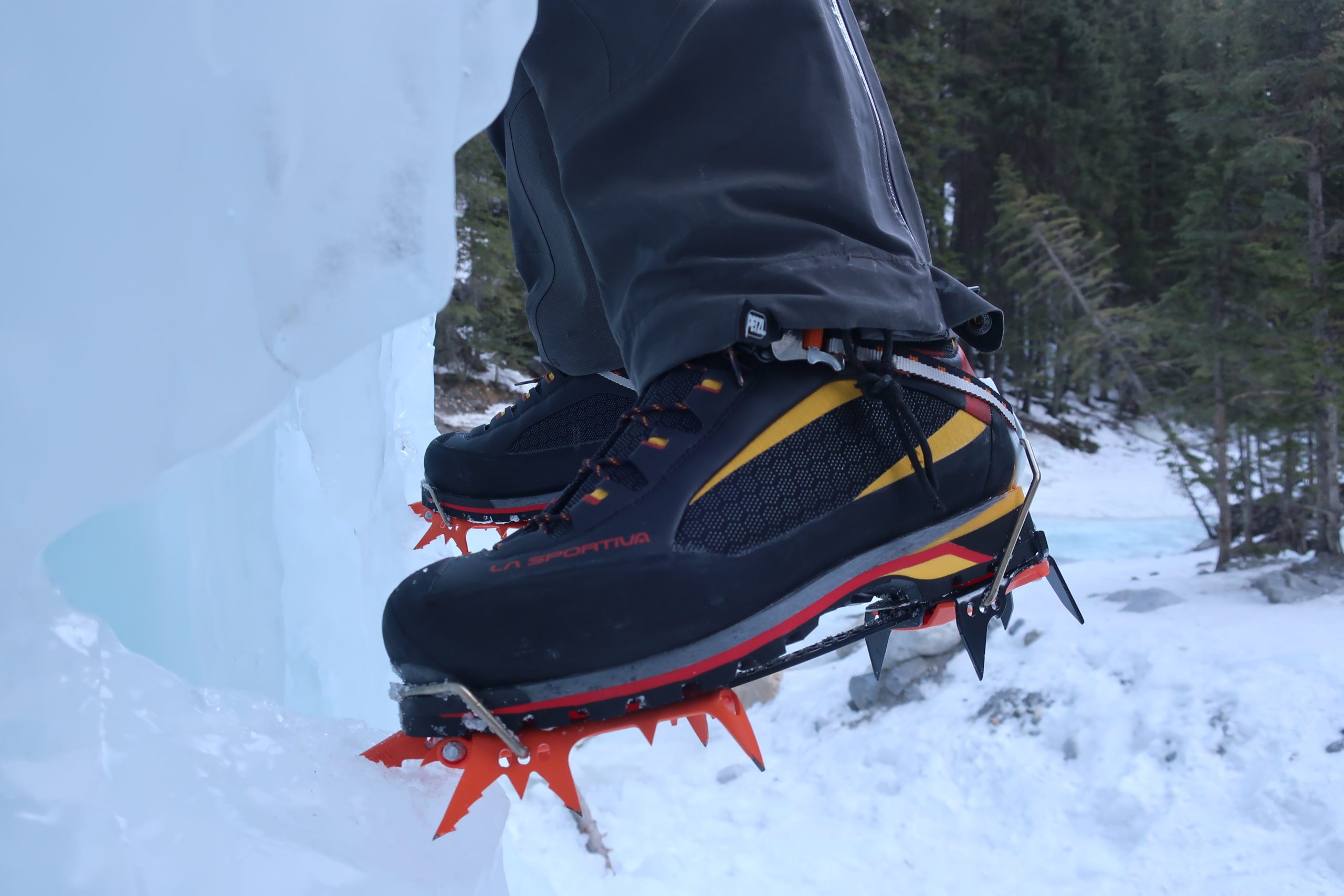 In 1908, English climber Oscar Eckenstein designed what is generally considered the prototype for the modern crampon. He worked with a blacksmith to design a steel device with 10 long, sharp spikes that could be attached to boots. A year later, Italian blacksmith Henry Grivel helped Eckenstein make the product commercially available. Two decades after that, Grivel’s son, Laurent, added two front spikes to Eckenstein’s design. The 12-point crampon was used on the first ascent of the North Face of the Eiger in 1938 by German climbers Anderl Heckmair and Ludwig Vörg.

Crampons have come a long way over the past 100 years and are now made specifically for ice, mixed, drytool, mountaineering, alpinism and glaciers. Ice climbers need aggressive front points and a stiff base.

There are three point configurations to keep in mind. A mono-point provides precision and can fit into smaller pockets or cracks. On thin ice, a mono-point is better for making delicate moves. Dual points offer good balance on low-angle ice and will help with endurance on longer routes. Horizontal points work well for alpine climbing, but aren’t recommended for steep ice lines.

The new front section has eight main points instead of 10 and both mono and dual front point set-ups are possible. The front points also have two length options. They can be set forward for deeper penetration into ice or shorter for more stability. The aggressive secondary points provide a solid base to swing your tools from. Petzl added a few small tertiary points for additional security that provide good security when standing on bulges. The front bail and rear lever have three connection location options, which allows the crampon to fit quite well on a wide range of boots. The new Dart comes with anti-balling plates already installed. The new Dart is also lighter than the older models, despite the upgrades. They work great for drytooling and mixed climbing and give a precise foot placement every time. Thanks to their weight, they don’t feel like heavy blocks pulling your feet down on overhanging terrain. The angle of the shortened mono-point make torquing and toeing-in feel secure. The new Darts are designed for steep and difficult ice and mixed climbs and that’s where they dominate. They’re a big step up from the older models and any serious winter climber should own a pair. MSRP: $250 CAD 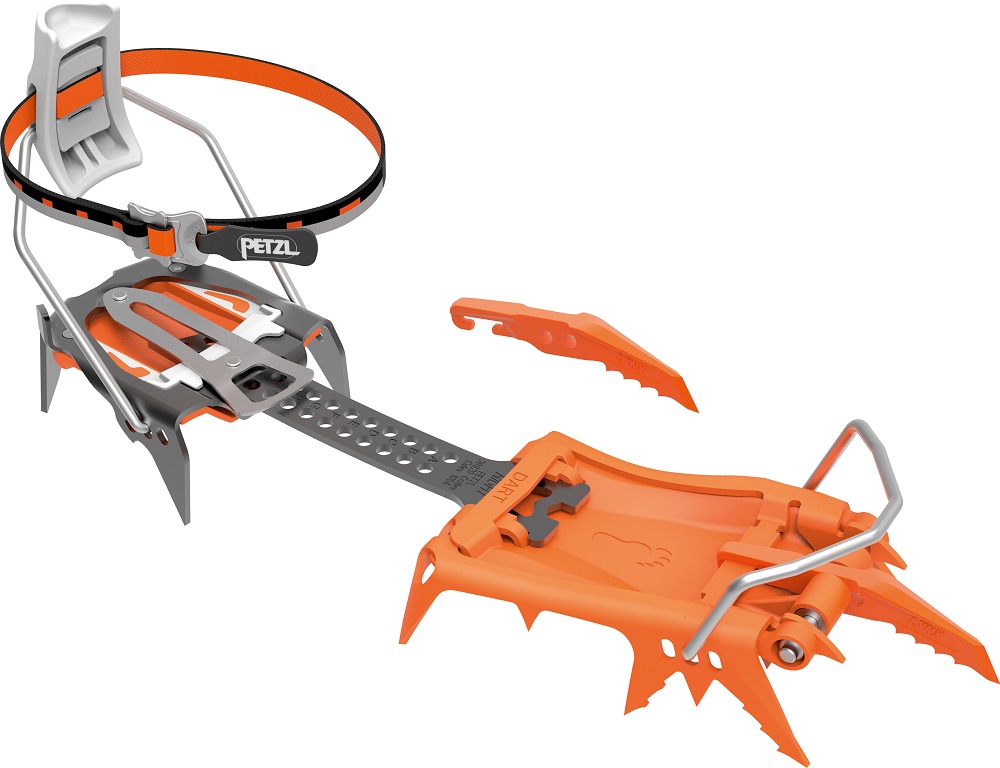 The Grivel G20+ are an ultra-light ice and mixed crampon designed for climbers pushing their limits on technical terrain. The replaceable forged-steel central point drives into hard ice but can balanche on the thinnest of rock ledges. The position of each point gives great stability in all climbing positions and on all forms of ice. It comes with one antibott in the back to reduce weight, one on the front would be nice in deep snow. It only weighs 845 g, making it one of the lightest high-end crampons on the market in its class. Adjusting the length is easily done in the field by pulling up and sliding the crampon to the desired length. There are three macro-adjustments that are made with an Allen key to help it fit to your boot. A click-wheel on the heel piece lets you snug it up. These are one of the most precise, well-built crampon Grivel has ever developed. Highly recommended. MSRP $250 CAD 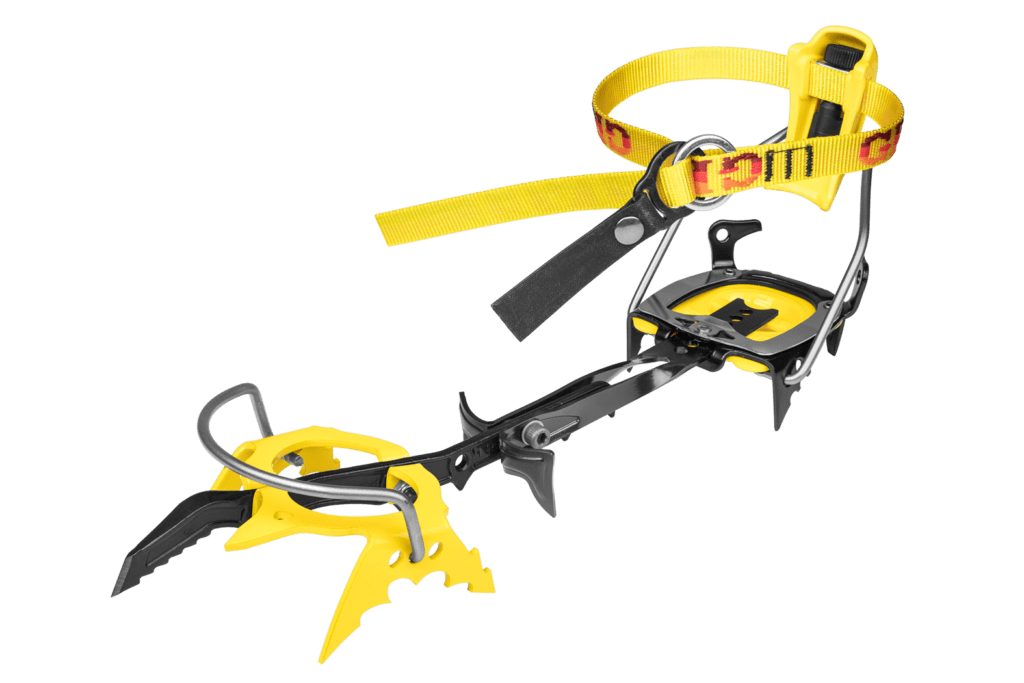 CAMP has a long history of making some of the best, burliest gear for hard alpine and ice climbing. The Alpinist Tech is CAMP’s lightest ice clmibing crampon available today. It has three front bail positions, two heel bail positions and three heel bail height positions to help dial in your desired fit. The anti-balling plates, which you should add at home and not in the field, are strong and help on those snowy ledges between pitches. The aggressive mono-point is matched with a smartly placed horizontal secondary point that helps on terrain that requies a little balance support. The walking points are sturdy and help when moving up featured ice with mushrooms and cauliflowers. It’s extremely durable, so no reason to stress the lack of replacement points. Whether you’re climbing long ice in the Rockies, mixed on the coast or steep single-pitch WI6 out east, the Alpinist Tech is a must have. MSRP $320 CAD 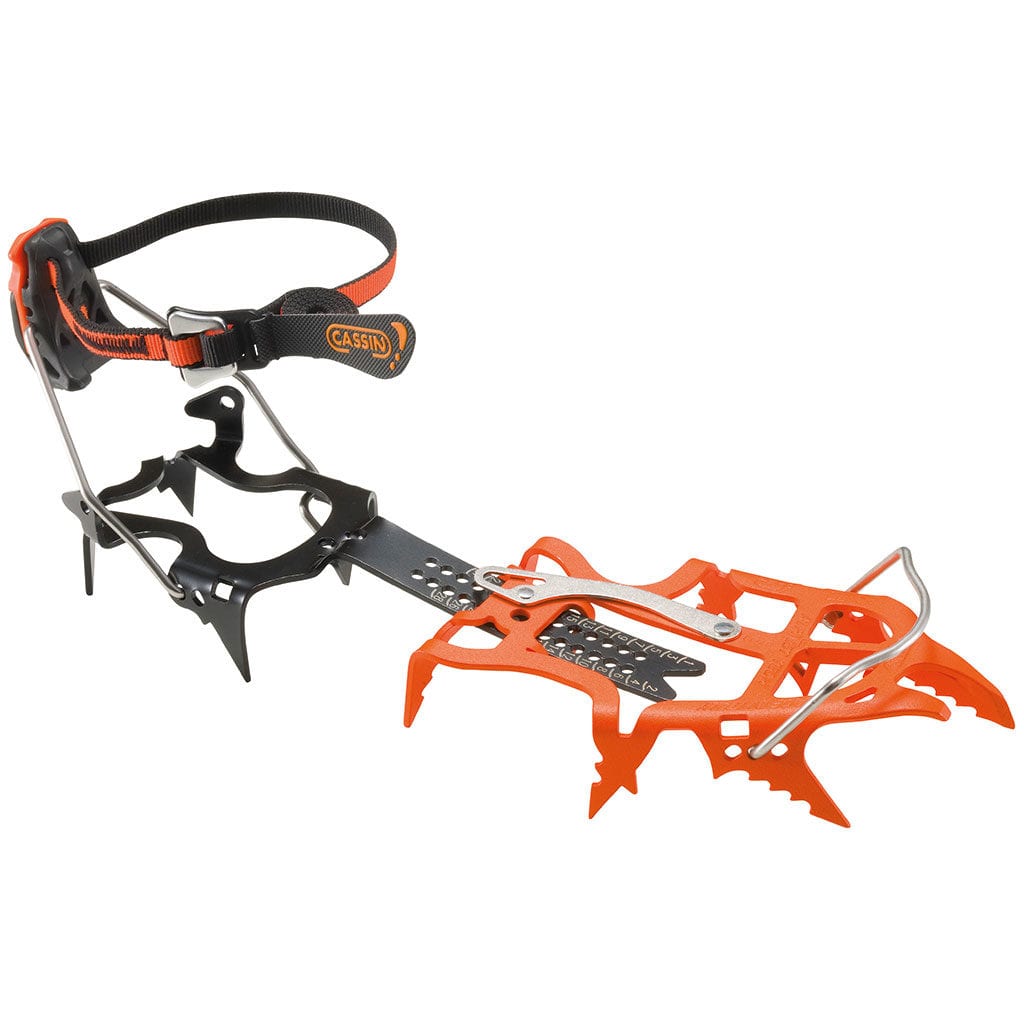