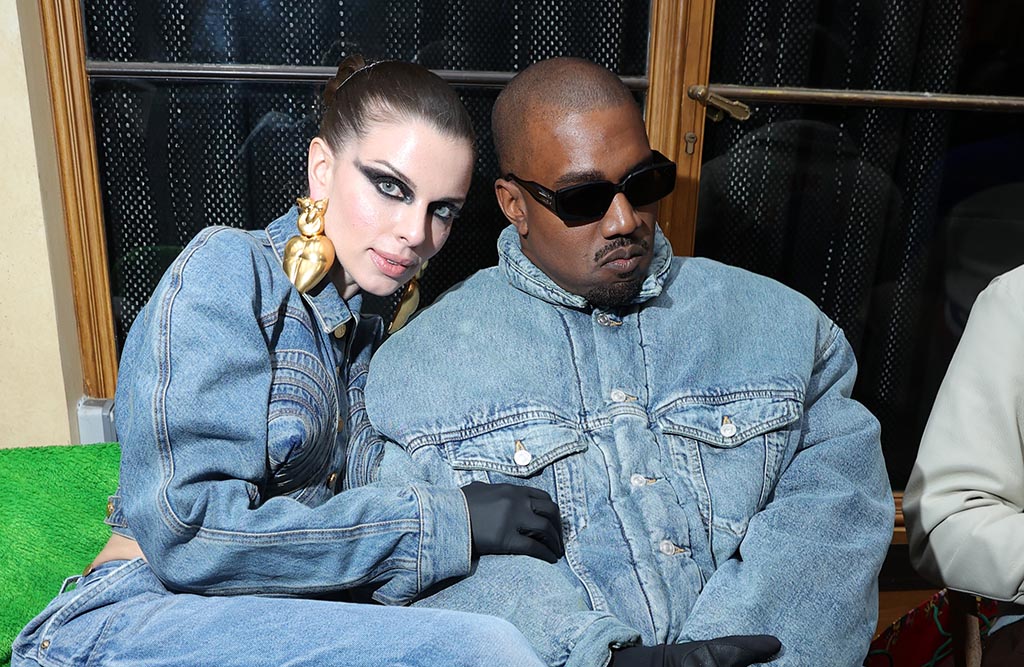 From the fall of Kanye West to the rise of Julia Fox, this year was filled with defining moments. Here are the 10 moments that shocked fashion in 2022.

At the end of Coperni’s Paris Fashion Week show in October, model Bella Hadid posed topless as she was sprayed-painted with a dress. The live-action performance came from designers Arnaud Vaillant and Sébastien Meyer who teamed up with Manel Torres, the head of Fabrican Ltd and inventor of the spray-on fabric, who personally applied the innovative material with the help of an assistant during the show.

In June, the Supreme Court ended constitutional protections for abortion that had been in place nearly 50 years, a decision by its conservative majority to overturn the court’s landmark abortion cases. As a result, brands, designers and retailers came forward to support employees. Nike, for instance, said it would cover travel and lodging expenses when services aren’t readily available. Gap Inc. said that any employee covered under its health care plans can access those benefits in any state, even if they travel to do so. Nordstrom leaders Erik and Pete Nordstrom said in an internal memo that the company’s benefit plan would be expanded to include legal access to abortion, no matter where employees live. Tory Burch, a longtime activist, was one of the few top industry leaders to condemn the decision in a letter to employees.

The sportswear giant cut ties with the founder of the Yeezy brand in October. After West made repeated antisemitic comments in recent weeks, on top of wearing a “White Lives Matter” shirt at Paris Fashion Week, the German sportswear brand said in a statement to FN that it would no longer work with Ye. ”Adidas does not tolerate antisemitism and any other sort of hate speech. Ye’s recent comments and actions have been unacceptable, hateful and dangerous, and they violate the company’s values of diversity and inclusion, mutual respect and fairness,” the statement said. Along with Adidas, Balenciaga, CAA, Vogue and Gap also cut ties with West at the time.

The longest reigning monarch in British history died at the age of 96 in September. On Feb. 6, 2022, Her Majesty The Queen became the first British monarch to celebrate a Platinum Jubilee, marking 70 years of service to the people of the United Kingdom, the Realms and the Commonwealth. Along with her commitment to service and duty, she used fashion, from her clothes to her jewelry, to create an image that is inviolable, confident and purposeful — among many other accomplishments through the years. Two thousand guests attended Queen Elizabeth’s funeral including the Royal family, President Biden and First Lady Jill Biden, French president Emmanuel Macron, Canada’s prime minister Justin Trudeau, Prince Albert and Princess Charlene of Monaco and more.

In August, Williams covered Vogue’s September issue where she announced her retirement plans in a verbal essay with the magazine. “I’m here to tell you that I’m evolving away from tennis, toward other things that are important to me,” she said. Then in September, Williams made her last appearance at the 2022 US Open in diamond-encrusted sneakers. Williams hit the court for the last time in the NikeCourt Flare 2 — a custom Serena PE featuring a diamond-encrusted Swoosh design and her initials on the medial side. The solid gold deubrés on the laces feature 400 hand-set diamonds in black ceramic created in collaboration with Serena Williams Jewelry.

Kim Kardashian caused controversy at the 2022 Met Gala in May. For fashion’s biggest night, the reality star wore Marilyn Monroe’s crystal-covered dress, which she famously wore to sing “Happy Birthday” to John F. Kennedy in 1962 for the president’s 45 birthday. The dress was loaned to the star by the Ripley’s Believe It Or Not Museum on the condition that it wasn’t altered. With that, Kardashian said she lost 16 pounds in three weeks to fit in the dress, drawing criticism from dieticians, body positive advocates, and celebrities such as “Riverdale” star Lili Reinhart.

The Return of the Mini Skirt

The schoolgirl mini skirt came back in a big way this year. Most notably? When Nicole Kidman wore the teeny tiny Miu Miu piece on the Vanity Fair cover in February. The viral style was also seen on the runway, influencers and celebrities.

In November, Balenciaga launched a holiday campaign featuring images of children holding the French label’s viral teddy bear bags dressed in what appeared to be leather bondage gear. The visual caused controversy among customers and on social media. Balenciaga’s creative director Demna came out with a personal statement apologizing for the ads, writing on Instagram: “I want to personally apologize for the wrong artistic choice of concept for the gifting campaign with the kids and I take my responsibility. It was inappropriate to have kids promote objects that had nothing to do with them.”

In November, parent company Kering announced that the fashion designer, who has served as Gucci’s creative director since 2015, would be permanently leaving the brand. Michele also released a statement of his own on Instagram, reflecting on his career at the iconic luxury brand. “There are times when paths part ways because of the different perspectives each one of us may have. Today an extraordinary journey ends for me, lasting more than 20 years, within a company to which I have tirelessly dedicated all my love and creative passion,” Michele said. “During this long period, Gucci has been my home, my adopted family. To this extended family, to all the individuals who have looked after and supported it, I send my most sincere thanks, my biggest and most heartfelt embrace.”

In January, actress Julia Fox and Kanye West stepped out together making their red-carpet debut at Paris Men’s Fashion Week in matching denim-on-denim looks. While the duo broke up shortly after, Fox continued to make headlines for interviews, including that viral “Uncut Gems” TikTok moment, and her risky fashion choices. She’s not just an Internet sensation either. In 2022, Fox could be seen walking the runways for LaQuan Smith and Tommy Hilfiger.