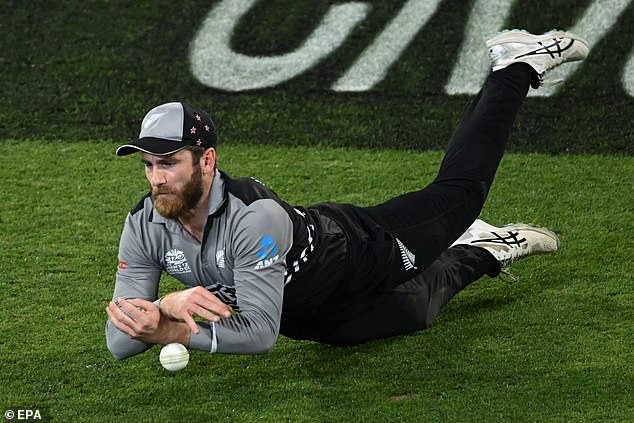 England’s 20-run victory at the Gabba inflicted New Zealand’s first defeat of the tournament and strengthened their hopes of pipping Australia to a semi-final place.

Buttler was dropped by Williamson, who initially believed he’d held on to his diving catch before replays showed it had bounced loose, and then by Daryl Mitchell during an entertaining 73 off 47 balls to power England to 179 for six. 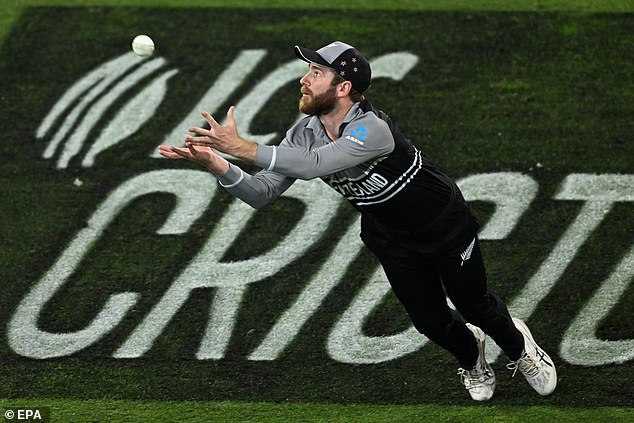 It was a tough chance for Williamson to take, on the run with the ball coming over his shoulder 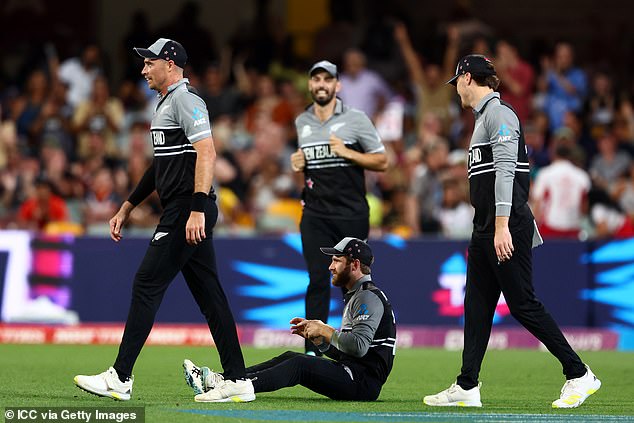 New Zealand ultimately came up short despite the best efforts of Williamson, who made 40, and the 62 scored by Glenn Phillips.

‘I thought I’d squeezed it into my chest. It was a little bit embarrassing in the end but it was obviously going to go upstairs,’ Williamson said.

‘Jos is one of the best players, if not the best, in the world so you don’t want to drop him twice and he’ll probably make you pay.

‘He did that today, he made the boundaries look quite small and they’re certainly not.’

England had been on the brink of elimination following a shock defeat to Ireland and then a washed out encounter with Australia.

That would have led to question marks over Buttler’s leadership but he said: ‘You don’t become a bad team overnight. 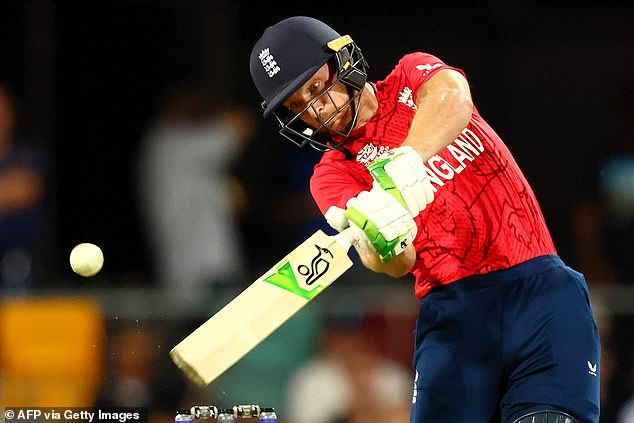 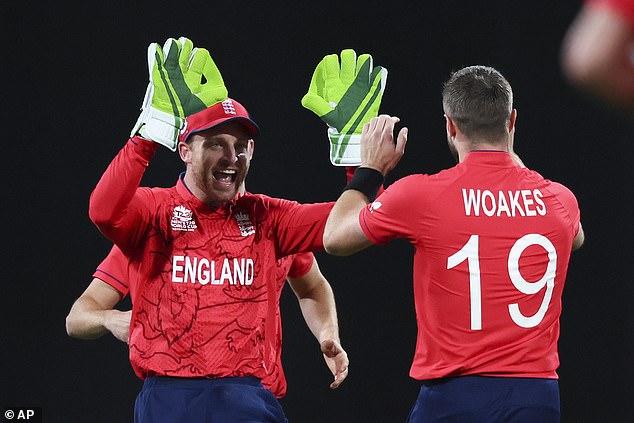 ‘We had a bad performance but we know we’ve got great players in our line-up so there was still lots of confidence in the group and we left it all out there tonight.

‘It is a ruthless tournament. Last year, we saw South Africa go out having won four out of five games, so it can be tough to get through.

‘But now we know it’s all in our hands and you expect to be under pressure in World Cup cricket, that’s what it’s all about.

‘With our line-up, we bat deep and it allows me to take it on maybe an over earlier than you normally would.

‘The wicket was tricky, it was tough against the spin, but Alex Hales played really well at the other end to get us on our way and it took the pressure off me. 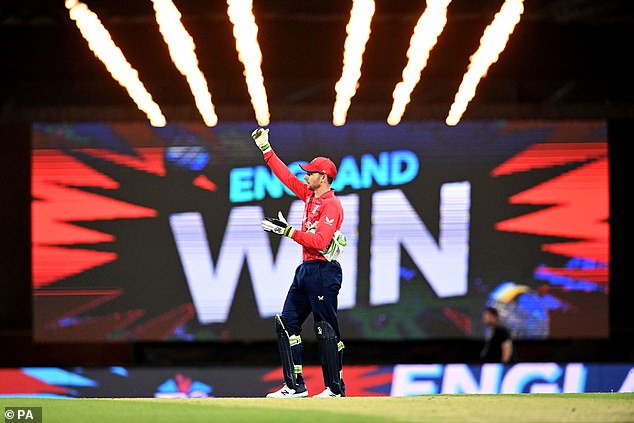 ‘We are going to keep being flexible with the batting order, the game shapes up in different ways and we were finding the spin tough, so it was good to get a left-hander [Moeen Ali] in early.

‘We’ve had a lot of success batting first, it’s something we want to be brave with and take that option sometimes.

‘It’s definitely an aggressive option and it was the right one today.’

Buttler surpassed Eoin Morgan as England’s all-time T20 international run scorer during the match and he added: ‘It’s a nice feeling, it’s always nice to look at your individual performances but I’m just trying to do my job at the end of the day and do my best for the team.’