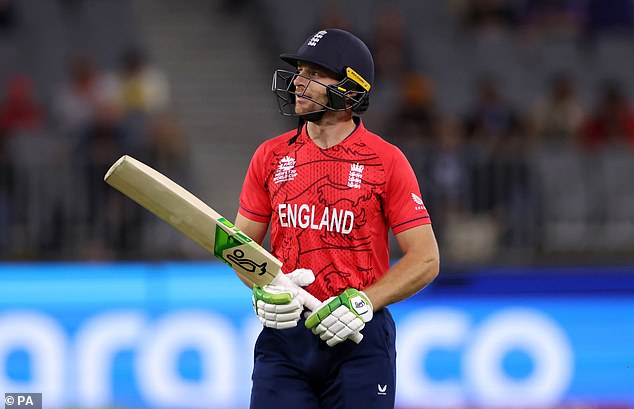 Jos Buttler insists the game must go on if forecast rain hits Melbourne on Wednesday when England face Ireland in the Twenty20 World Cup.

The England captain is wary of a repeat of the farcical conclusion to Monday’s match in Hobart when South Africa were poised for victory in a shortened game against Zimbabwe only for the umpires to deem conditions not good enough.

That led to a no result which could prove extremely costly for a South Africa side who know all about bad luck in tournaments, including being knocked out of last year’s T20 World Cup in the UAE on net run-rate after winning four of their five group games. 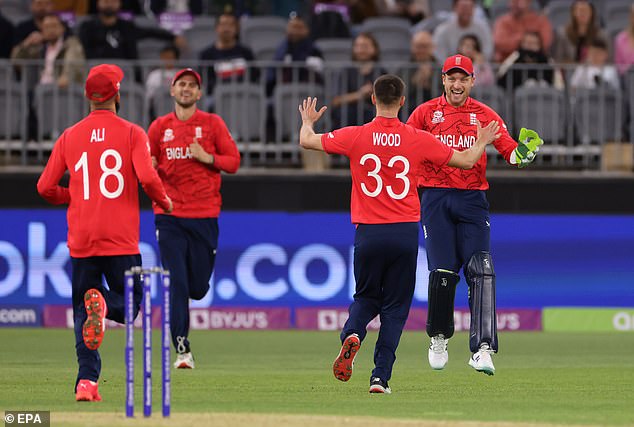 ‘Say we get a bit of rain during the match which isn’t that heavy and looks like it’s going to blow through,’ said Buttler on Tuesday as England trained at the MCG. ‘Can we just stay on and just keep playing? When it’s reasonable for you to continue then it’s right to play.

‘If it becomes dangerous or unfair then I can certainly understand stopping but, as much as we can, we need to keep the game moving.’

Buttler was asked if it was right for a team to be able to run byes if a batter is bowled by a ball that constituted a free hit, as happened in Sunday’s classic between India and Pakistan here in the last over and proved decisive in India’s last ball victory. Should it not be a dead ball?

‘India managed to score three runs off that ball which was a huge swing in that match so for them it was the perfect rule but hopefully that won’t happen to us,’ said the England captain. ‘It is a tough one to work out and there are a lot of laws that are far from perfect. 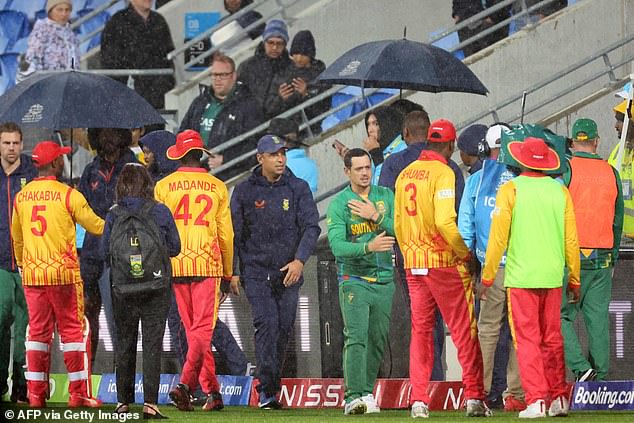 ‘For instance I don’t think the review system is perfect. Say you need one to win in the World Cup final, you get given out lbw, you cross and complete a run, review it and it’s not out. That’s just a dot ball and that’s not ideal either.’

England face Australia here in a potentially decisive group game on Friday but Buttler said there will be concessions when they face the Irish qualifiers and he intends to play his strongest side in each of the five group matches.

That means, as long as there’s no reaction to training, both Mark Wood and Chris Woakes are in line to play against Ireland rather than being saved for the Aussies and rotated in favour of David Willey and Chris Jordan.