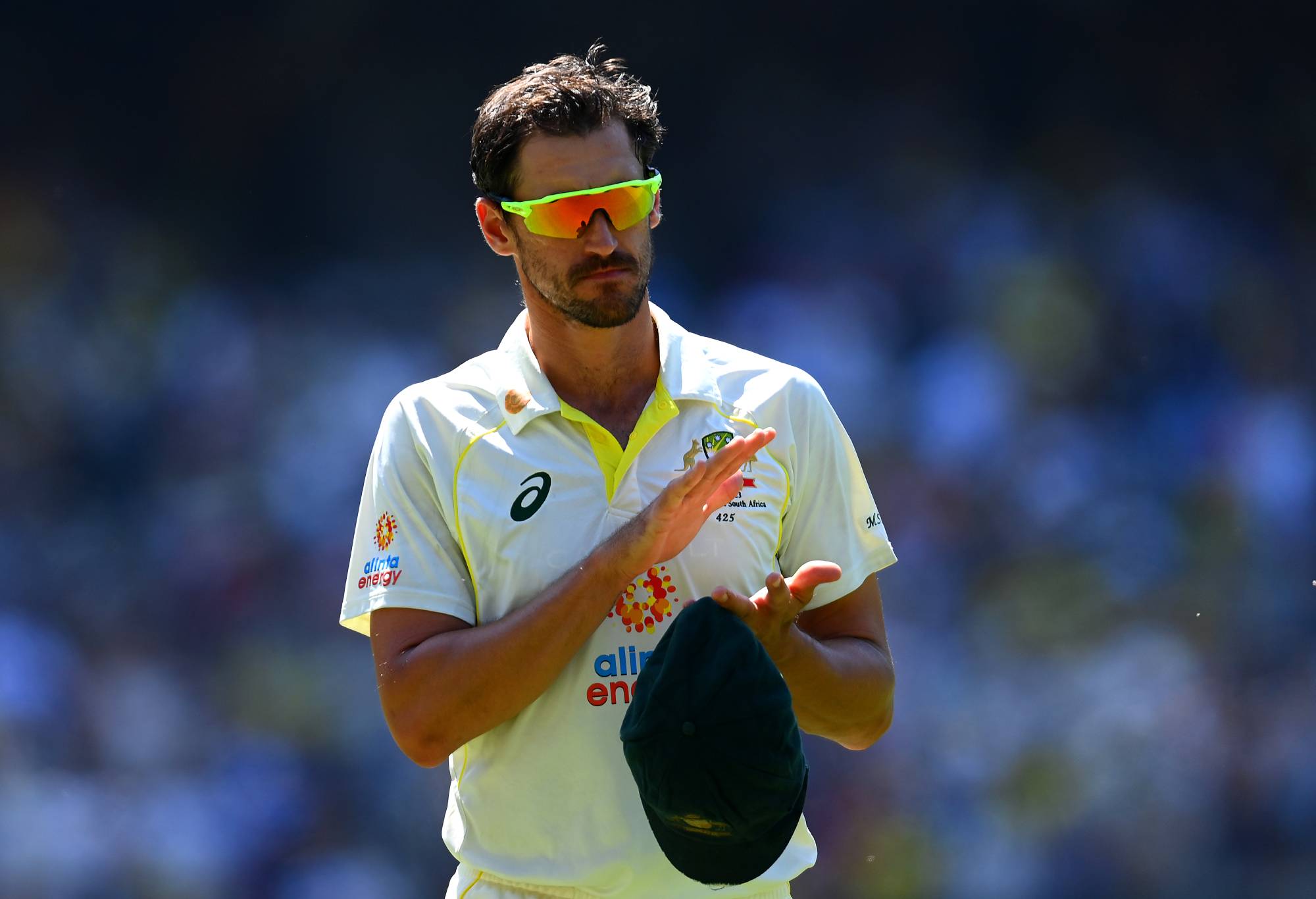 Mitchell Starc is set to miss the Sydney Test due to a finger injury suffered on Boxing Day, leaving the door open for a potential debut.

Starc hurt the middle finger of his left hand while attempting a catch on day one and is reportedly out of the New Year’s Test.

Cricket Australia said Starc had been “cleared to continue” in the Boxing Day Test but added “his condition will be reassessed at the completion of the match”.

Mitchell Starc’s finger injury has opened the door for Australia to test their depth ahead of the tour of India. Photo: Quinn Rooney/Getty Images

The Australian’s cricket journalist Peter Lalor said the injury would likely keep Starc sidelined for six weeks, meaning he will have a race against the clock to be fit for the opening Test against India on February 9.

“It’s tendon damage to that middle finger, that bowling finger.” 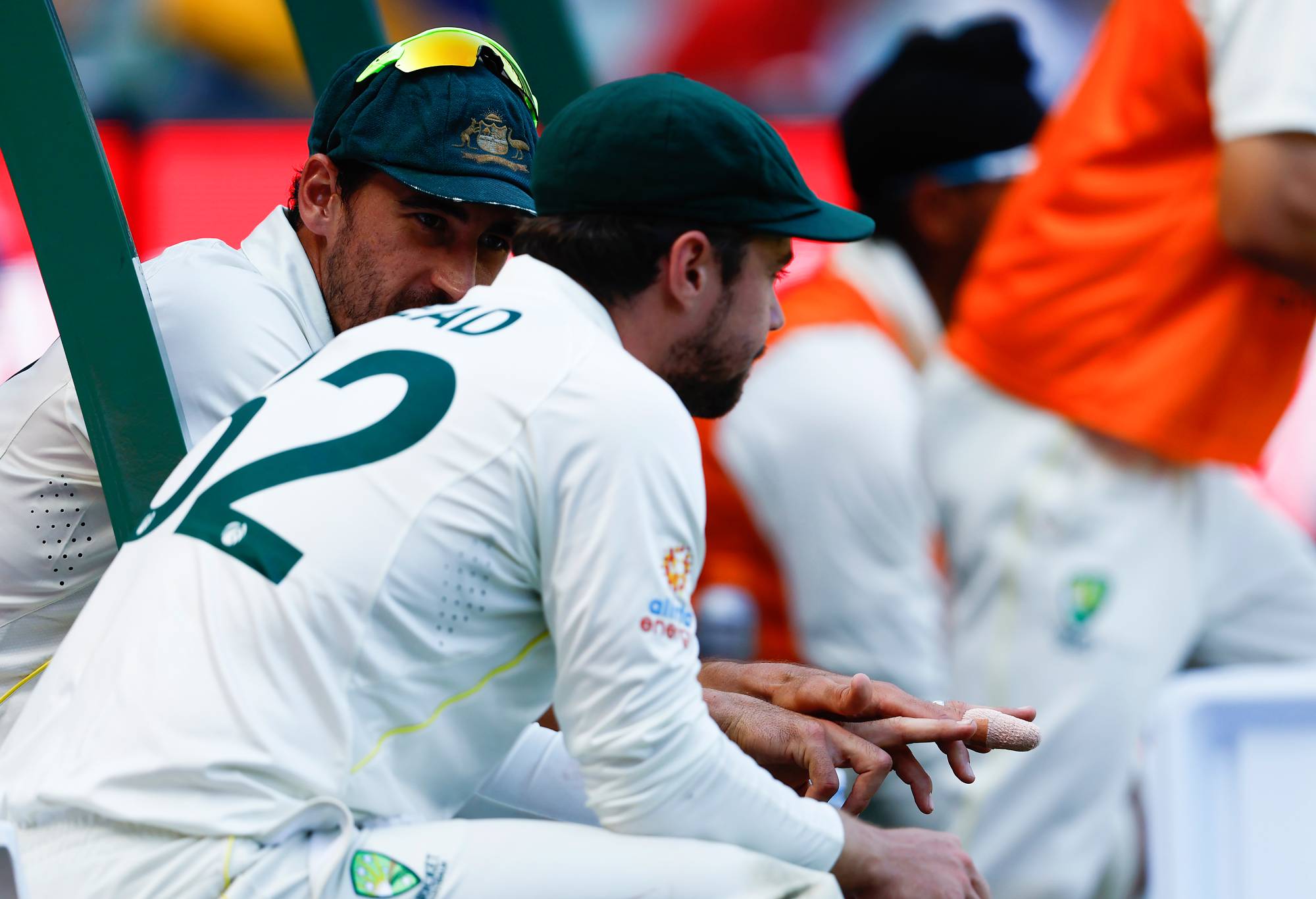 Mitchell Starc of Australia is seen with his middle finger taped up during day one of the Second Test match at the MCG on December 26, 2022. Photo: Darrian Traynor/Getty Images

Josh Hazlewood, who ruled himself out of the MCG Test as he continues to recover from a minor side strain, could return to replace Starc, but selectors have several other intriguing options.

Lance Morris, 24, has been a part of the Australian squad all summer after a strong start to the Sheffield Shield season.

The right-arm fast bowler, who has earned the nickname of the ‘Wild Thing’ after clocking speeds of more than 150km/h, has the most wickets in this year’s Shield season with 27 poles at 18.40 from five matches.

“If you want someone with a bit of pace and to have a look at someone new, then Lance Morris is there,” Isa Guha said on Fox Cricket.

“He’s waiting in the squad to come in and have a bowl. He’s express pace, he’s been playing really well in the Sheffield Shield, most wickets this season. There is that option.

“I think maybe they’ll assess how the other bowlers are feeling ahead of the Sydney Test, because experience accounts for everything, and Josh Hazlewood deserves his place back.” 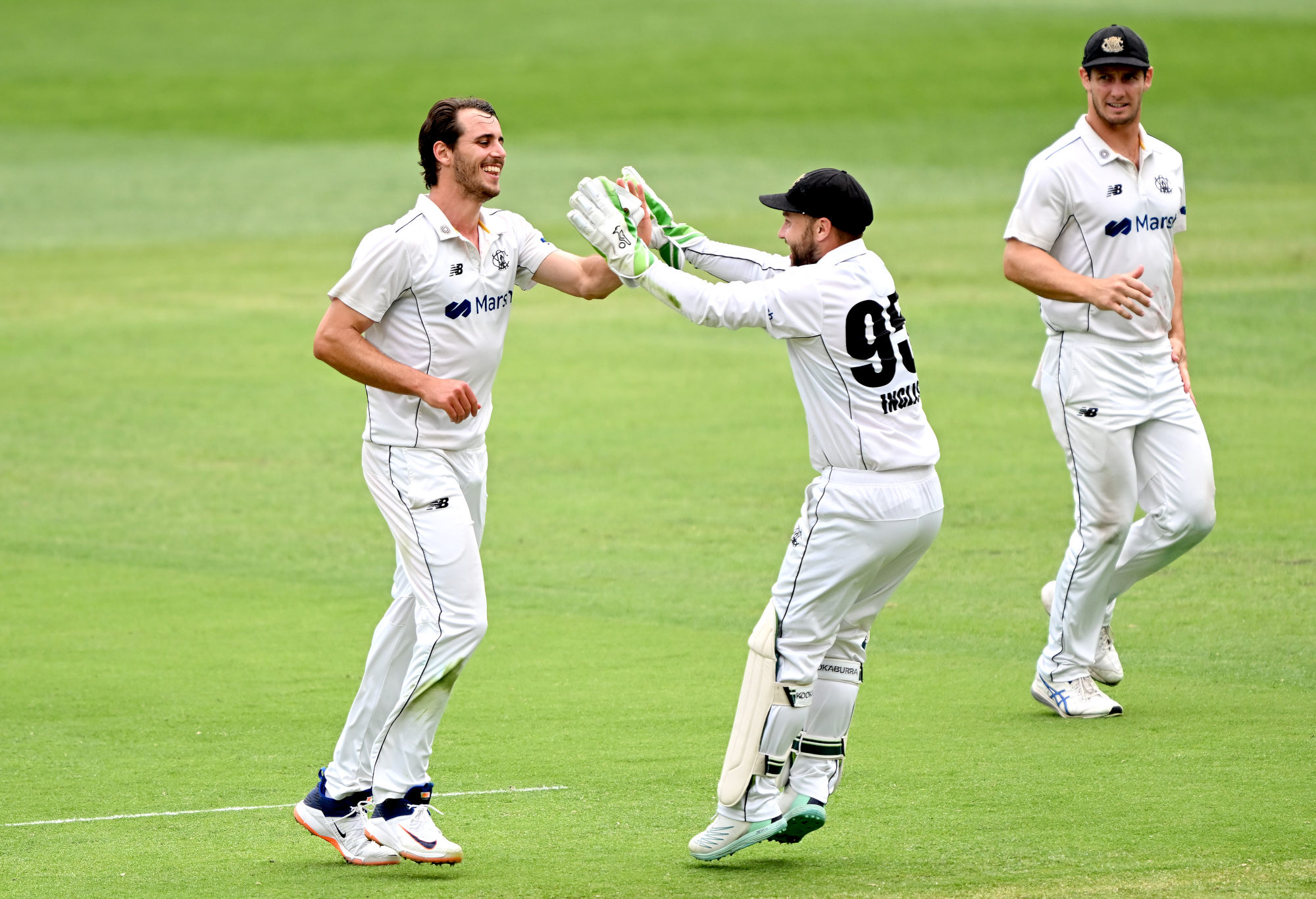 Lance Morris (L) is in the frame to make his debut against South Africa in Sydney with Mitch Starc’s finger injury expected to keep him sidelined. Photo: Bradley Kanaris/Getty Images

Alternatively, Australia’s selectors could return to twin spin options for the New Year’s Test at the Sydney Cricket Ground.

While the SCG is no longer the dust bowl it once was, with a four-Test series against India around the corner Australia could well use the match as an opportunity to test their depth and give a chance to someone to complement Nathan Lyon’s off-breaks.

Queensland leg-spinner Mitch Swepson made his debut earlier in the year against Pakistan and has 10 wickets at 45.80 from four Tests.

But he has left the door somewhat open by taking just 12 wickets at 39.66 from five Shield matches this season.

Lyon, who is arguably the most important person in Australia’s team in 2023, said he has been impressed by Murphy’s work with the ball.

“There’s a lot of guys really finding their feet and learning the craft of spin bowling at the Shield level, which is very exciting,” Lyon said of the 22-year-old.

“The spin stocks are going really well in Australian cricket. It’s no secret, I’m very impressed with Todd Murphy. I’ve done a little bit of work with [him], been around the [Sydney] Sixers with him…he’s definitely put his hand up.

“I first had a bowl with him about two years during Covid in the Shield bubble. He’s got the skillset; it’s just about him learning the craft, tactically and mentally, and really homing in on bowling an unbelievable stock ball and he’s definitely got that.”